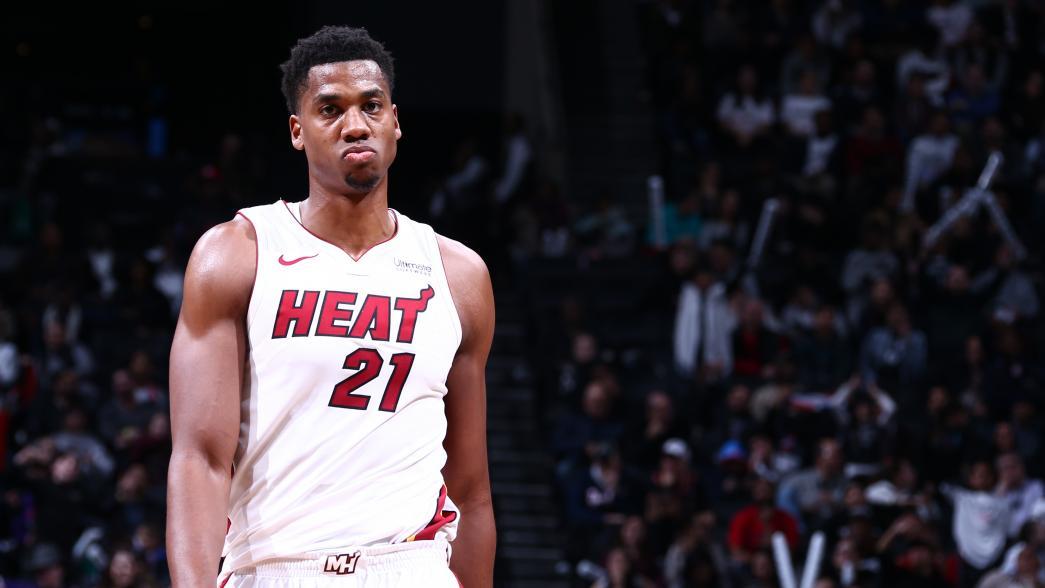 The Miami Heat are a quality team with a lot of good pieces, but they are missing a star or two. Here are some potential offseason moves for the Heat.

One of their biggest issues at the moment is that their supposed to be star, Hassan Whiteside, seems to be playing worse and worse as the season had gone on. The Heat were in the running this past offseason for Gordon Hayward, but weren’t able to pick him up along with any other real star power. If Miami had some cap space for a star, I would have expected them to go all in on Paul George or even LeBron James again.

There are positives and negatives to the Heat’s cap space issue, and most of it is bad. They have multiple long-term deals that cost a huge sum of money. Whiteside is on a 2-years, $52.4 M, Goran Dragic 2-years, $37.3 M, James Johnson 2-years, $30 M, Dion Waiters 3-years, $36.2 M, Kelly Olynyk 3-years, $35 M, Tyler Johnson 2-years, $38.4 M, Josh Richardson 4-year, $41.8 M, and finally, they are still paying Chris Bosh’s contract off for next season of $26.8 M. The positive with all of this is that the Heat seem like they will have quality pieces for a long time. Most of these players contributed to the success of the Heat this past season.

The biggest issue with all of the names above is Hassan Whiteside and his contract. Whiteside is supposed to be one of the best centers in the NBA and all we have seen lately is a lack of effort and lack of production. Joel Embiid handled him quite easily in the playoffs, which was an absolute disappointment. Whiteside has had issues with head coach Erik Spoelstra and the front office over playing time late in games. Once these complaints were public, he was fined by the Heat and his playing time continually decreased throughout the season. The hype around Whiteside when he first blossomed in the league has certainly died down. The interesting thing now is whether any team in the league thinks they can get Whiteside to reach his full potential.

I think Whiteside would be better off on another team that wants what he can bring to the table. Miami also has a young, talented center in Bam Adebayo, so their need for a center is depleting. They should trade Whiteside now while he still has a decent value to his name. Teams that may be interested in Whiteside this offseason are Milwaukee, Cleveland, San Antonio, Chicago, Dallas, and maybe even Boston. There are many teams that could use Whiteside, but with his contract, I’m not sure how many will actually go after him. Also, Miami is most likely going to look for a scoring veteran in return, which most teams won’t be reluctant on giving up.

When it comes to free agency for Miami, with all the money they have already spent, there isn’t much more they can give out. Miami’s expiring contracts for this season are Wayne Ellington ($6.2 M), Udonis Haslem ($2.3 M), Dwayne Wade ($2.3 M), Luke Babbit ($1.9 M), and a team option on Jordan Mickey ($1.6 M). Not exactly the contracts that give you a ton of wiggle room for a big free agent signing. The hardest part with Miami is that they are a good team and their future looks well with these players. Yet, that’s all it is, just good. They won’t ever be great with this roster. Odds are, Miami won’t be a top-four team in the Eastern Conference with these players, but they will always be in the playoffs as one of the lower three seeds.

If Miami wants to continually be good and not push to be great, then they are on the right track. If the Heat want to have a successful championship type team, then they need to have a miniature blow up. They need to trade some of these long-term expensive contracts to rebuilding teams looking for a quick rebuild. I would expect the Kings, Hawks, Clippers, Nets, and other teams to be the most likely suitors. They could perhaps even trade a player to a playoff team that is missing a little depth on the bench. Much like Minnesota, Milwaukee, Cleveland, and a few others. Miami needs to do this because they need to create space for a star.

More specifically, a star that can score at high percentages. In my opinion, Paul George would be the perfect player for Miami, because he isn’t a defensive liability and would actually help their already solid defense. He gives them the scoring that they need. We all saw the Heat struggle to keep up with the 76ers in the playoffs because they don’t have a person that can go out and get them close to 25 or 30 points a night.

Miami is close, but is missing a huge key piece. A veteran scorer would go a long way in Miami. They would be very dangerous in the NBA with that kind of offensive weapon, their defense, and their coaching.

FS Podcast: A Couple Celtics Fans Talk NBA Playoffs
Where Do the Pelicans Go From Here?
Should the Blazers Blow it Up?