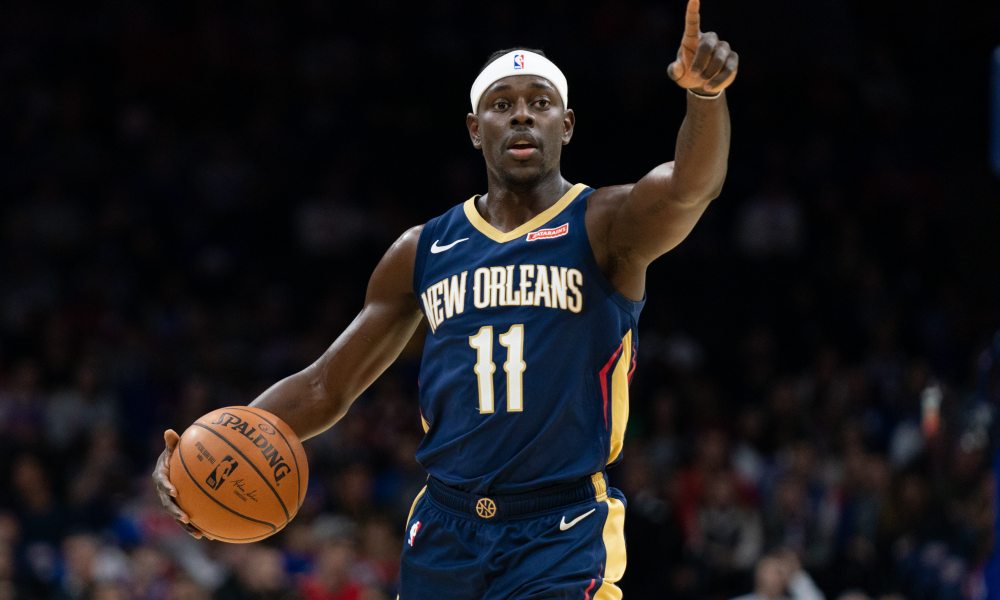 Before the season started, Jrue Holiday was regarded as the New Orleans Pelicans’ best player and many believed he was one of the few players the team would part with. In 2017, Jrue Holiday signed a five-year, $128M contract that still has him under contract through 2021 with a player option for 2021-22.

As of Tuesday, the New Orleans point guard is reportedly available for the right price.

Currently, the Pelicans sit at 6-21 and are 14th in the Western Conference standings. With a possible top-five pick on the way, the Pelicans have a chance to expand on their already young roster with even more talent.

The Dallas Mavericks have shown that they are not a team to be taken lightly and recently ended the Milwaukee Bucks’ 18-game winning streak without Luka Dončić in the lineup.

Here is a possible trade the two teams could pull off:

This trade benefits both teams. Outside of receiving Holiday, the Mavericks are able to offload Courtney Lee’s awful contract, and Holiday is an immediate upgrade over Delon Wright. The Pelicans would likely receive an additional draft pick, or two, and Justin Jackson, whose age (24 years old) makes him a good fit for the timeline of the Pelicans.

The Minnesota Timberwolves find themselves just 2.5 games out of the playoffs and are looking to trade Jeff Teague to make a push into playoff contention. For some reason, the trade scenario does not work on ESPN but does on other trade simulators:

This deal works because Teague is on the final year year of his contract, so New Orleans could clear a lot of cap space very quickly. The first-round pick could also end up being a borderline lottery pick if the Minnesota ends up not making the playoffs. For the Timberwolves, their point guard position would be set for multiple years into the future, and Holiday’s defensively-minded game could pair well with Robert Covington’s.

The Orlando Magic are in a fight for a playoff spot, currently sitting at eighth in the Eastern Conference, with just a 1.5-game lead on Charlotte Hornets. If the Magic want to make a playoff push this year, they may want to upgrade their starting rotation and Holiday would be a great fit.

In this scenario, the Magic would likely give up either a protected first-round pick or two second-round picks (ideally one in 2020 and one in 2021), in addition to the players listed. The biggest concern for the Magic would be the loss of depth by losing Terrence Ross and D.J. Augustin. However, Markelle Fultz has been a surprisingly good player for Orlando and Evan Fournier is a solid option as well. The star power of Jrue Holiday would be appealing to the Magic, and the Pelicans would pick up a solid player in Ross and two expiring contracts to go along with adding to their stock of draft picks.