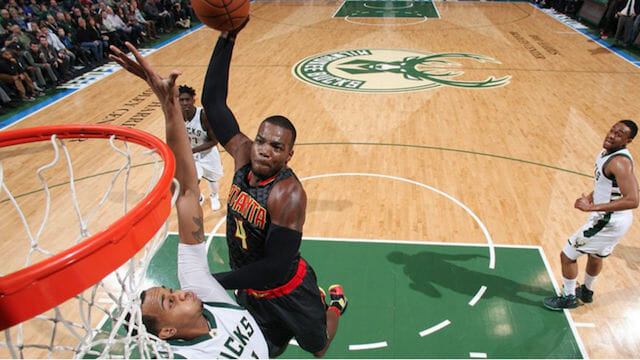 Another star player is leaving the Eastern conference, and heading west. The Denver Nuggets have landed their main offseason target. Paul Millsap is headed to the mile high city. The deal is for three years at 90 million dollars. Millsap, 32, is set to make $30 million per year. Denver had been searching for an all-star front court player to pair with center, Nikola Jokic.

Free agent Paul Millsap has agreed to a three-year, $90M with the Denver Nuggets, league sources tell The Vertical.

Denver is acquiring a 4x all star and member of the 2015-16 all defensive team. Last season, Millsap played in 69 games for the Atlanta Hawks, averaging 18.1 points, 7.7 rebounds, and 3.7 assists. Overall from the floor he shot 44% last season, and also made 31% of his three point attempts.

Defensively, Millsap will help the Nuggets as well. Opponents shot 47% overall from the field, 38.3% from shots greater than 15 feet, and just 34.7% from deep. He also averaged 1.3 steals a game a year ago. He’s slowly turned in to one of the elite forward defenders in the NBA.

Millsap, will join a roster full of young talent with the likes of aforementioned Jokic, Jamal Murray, and Gary Harris. The future is looking really good for this Denver Nuggets team.

NBA Free Agency: Latest Signings
Why NOT Trading for Paul George was a Good Move for the Celtics