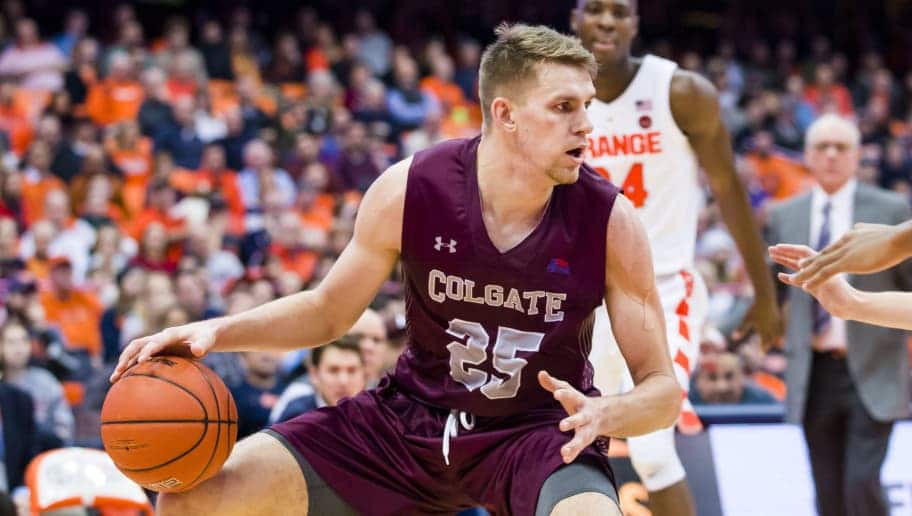 The Patriot League tournament has been all about chalk for eight of the last ten years. The 1-seed has triumphed six times, including each of the last three seasons, boding well for Colgate to repeat as champs this year. Meanwhile, American will look to become the first 2-seed to emerge victorious in the Patriot League tournament since 2014. The only outliers in the last ten seasons were a 4-seed victory in 2015 and the incredible run by 9-seed Holy Cross in the 2016 tournament. Those seed lines this year are held by Army and Loyola (Maryland) respectively.

The statistics certainly support the fact that Colgate is the top seed in the Patriot League tournament and finished a whole two games clear of both American and Boston University in the regular season standings. The Raiders own top marks in the conference in points (76.7), scoring margin (+10.7), field goal percentage defense (.419), 3-point field goal percentage (.376) and free throw percentage (.736). They also finished second only to Boston (65.1) in points allowed (66.1). 7-seed Bucknell finished better than their seeding would imply in points allowed (67.1) and scoring margin (+0.4). The question will be whether or not the Bison can muster enough offense to have an extended tournament run.

While the Patriot League preseason poll accurately predicted a Colgate first-place finish and Holy Cross last place result, there was plenty of shuffling amongst the eight teams in between regarding their projected finish and actual final standing. The top overachiever was a tie between 5-seed Lafayette (picked 8th) and 6-seed Navy (picked 9th). The biggest underachiever was aforementioned 7-seed Bucknell (picked 2nd).