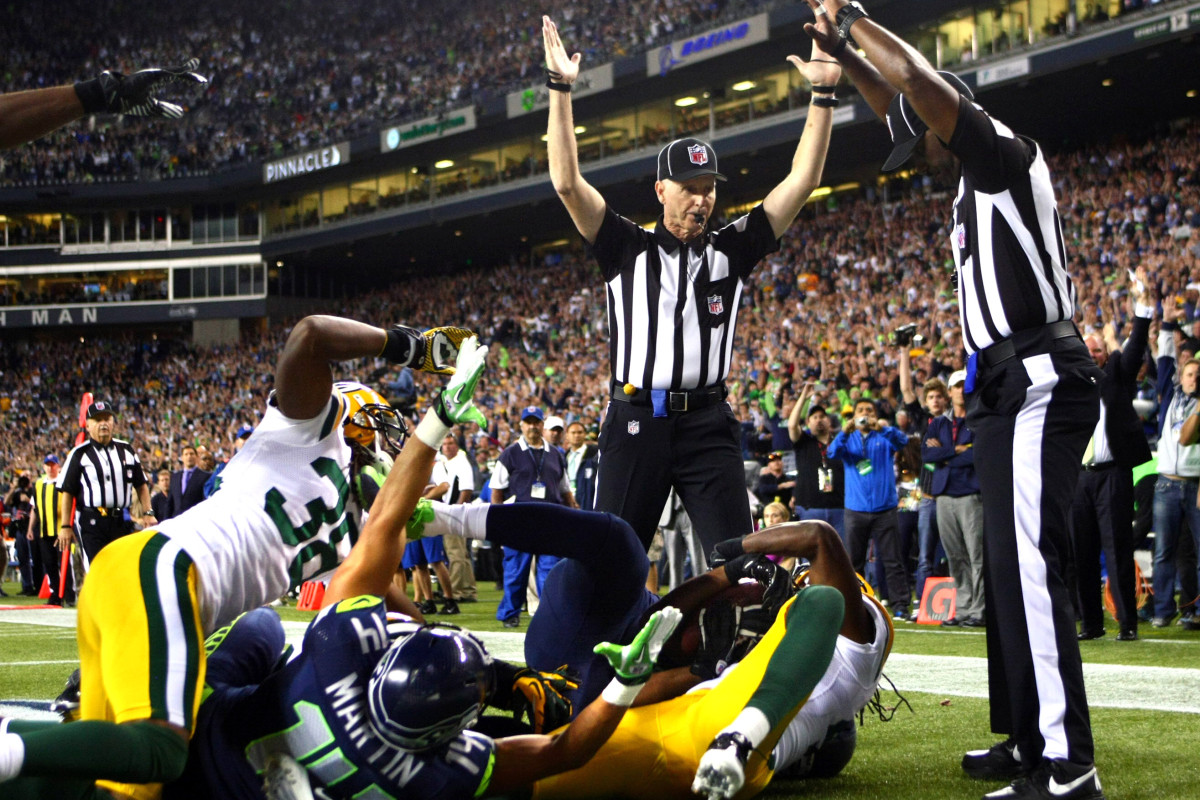 The Green Bay Packers and Seattle Seahawks will make their annual meeting tonight on Thursday Night Football. If it seems like these two teams meet more often than they should, well, it’s because they do. Despite being in the North and West of the NFC, these two teams have quite a bit of recent history.

If you are not immediately familiar with this game, I encourage you to go back and watch it. This game featured a quarterback matchup of Brett Favre and Matt Hasselbeck, and also a running back battle between Ahman Green and Shaun Alexander. Both running backs struggled to find success on the ground, averaging 2.87 and 2.25 yards per carry respectively. However, Alexander was able to finish three of Seattle’s drive in the end zone.

The quarterbacks had a bit more success moving the ball. Favre passed for 319 yards with no turnovers and a touchdown. The score, of course, came on a beautiful 23-yard play from the great Bubba Franks. Hasselbeck moved the ball well and finished with 305 yards, however, his only touchdown pass didn’t go as expected:

That’s right…”We want the ball, and we’re gonna score.” This is one of the all-time backfires in history, and it easily is my favorite end to a game.

The “Fail Mary” or “Inaccurate Reception”

It was September 24, 2012, the replacement refs were fully a go in the NFL. The prime time game took place in Seattle, much like tonight. A low-scoring game was ultimately capped off by one of the worst calls in NFL history and became the leverage the Referees Association needed.

On the final play of the game where the Packers led 12-7, rookie quarterback Russell Wilson threw a Hail Mary to Golden Tate in the end zone, and well… you can see for yourself:

In one of the most memorable snow games in NFL history, the third-seeded Seahawks traveled to Lambeau to take on the second-seeded Packers. The Gunslinger looked right at home in the flurries, passing for his personal-best three postseason touchdowns and a 137.6 passer rating. Offense came easy for the Pack, as running back Ryan Grant also went for 201 yards and three touchdowns on the ground. This game would be Favre’s last win in Lambeau in green and gold, as the Packers came out on top 42-20.

If there’s a single play Packer fans hate worse than the “Fail Mary,” it’s the failed onside kick return in the 2014 NFC Championship game. Brandon Bostick. The former tight end is actually not permitted inside the borders of Wisconsin anymore. A lot of people don’t know that. Green Bay was set up perfectly to field the kick, but Mr. Bostick decided to play hero and jumped in front of some guy named Jordy Nelson to tip the ball back to Seattle.

Now, there’s a lot of reasons why the Packers lost this game. We could talk about how Eddie Lacy ran all over the Seahawks in the first quarter, only for genius playcaller Mike McCarthy to not give him the ball on the one and two-yard lines, settling for field goals each time. There also is the touchdown pass on the fake from Jon Ryan, where linebacker AJ Hawk forgot how to play football. However, none of these things beat jumping in front of Jordy Nelson when your job was simply to block.

The Green Bay Packers lead the all-time series against the Seahawks 13-8. Since the blown NFC Championship game, the Packers have won all three meetings. However, the home team has won the last seven games in this rivalry.

Click here and sign-up for MyBookie with the promo code “FlurrySports” for them to give you a bonus on your deposit!

Time for the Packers to Move on From Mike McCarthy