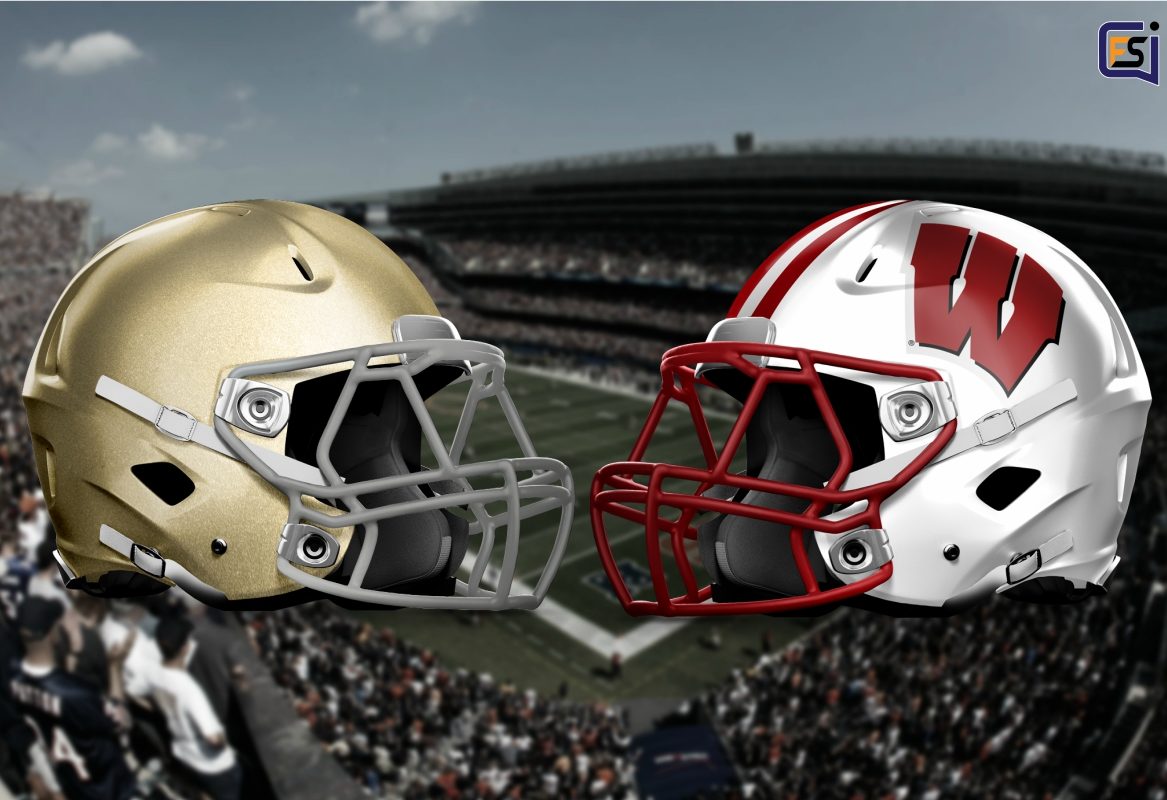 Two historic schools and Midwest football powers are reportedly in talks to renew their series that has been missing for far too long.

The Chicago Tribune reports that Notre Dame and Wisconsin have been discussing a meeting of the two teams and a revival of a series to take place at Soldier Field, home of the Chicago Bears. While this is big news to fans of both teams, neither school has been willing to discuss the news publicly, meaning that the reunion is all but final.

The all-time record between the two schools is nearly even. The Irish have the slight edge over the Badgers at 8-6-2 in the series. While it may be hard to believe, these teams have not met since 1964! This is why many are saying this news of a reunion is great, but it’s long overdue.

The location of Soldier Field in Chicago seems to make perfect sense. This city is basically a middle ground for the teams, and both have fan-bases in Chicago. While location obviously has something to do with fans in the city, it is also because many current and former players for these schools have come from the Chicago area. Playing at Soldier Field, like any pro venue, has always been expressed as an incredible experience from the players. Getting to play at an NFL stadium in front of 61,500 fans gives these college kids either their first taste of the next level or a once in a lifetime experience.

Soldier Field would benefit greatly from bringing in two quality schools. College football has not been as strong as it could be there as of late, as shown by the 2015 meeting between Illinois and Northwestern, when the stadium was half-empty. Notre Dame has been excellent in their 12 games at the stadium posting a 10-0-2 record. Wisconsin’s last appearance there resulted in a 49-7 victory over Northern Illinois. The Badgers looked at home as Russell Wilson passed for 347 yards with 3 touchdowns. The three-headed monster at running back also enjoyed a field day: Montee Ball (123 yards, 2 TD), James White (126 yards, 1 TD), Melvin Gordon (28 yards).

While the talks between Notre Dame and Wisconsin seem to be in the preliminary stages, it is still exciting to think about a matchup after a 50+ year hiatus. If we do see this battle again, will Notre Dame extend their series lead, or will Wisconsin narrow the gap?