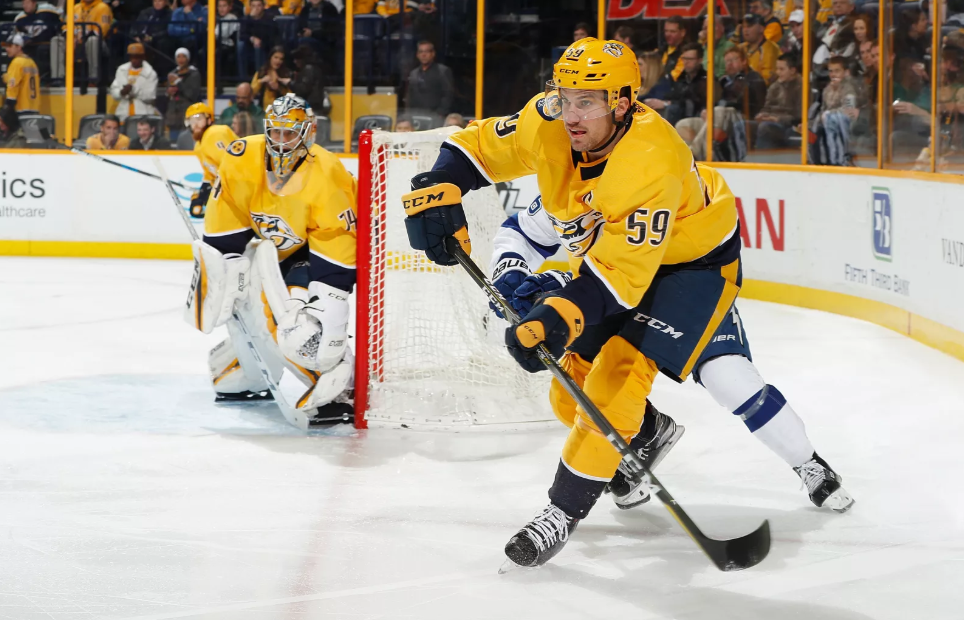 With the first three weeks of the 2018-19 NHL season in the books, it’s time to start examining the league from top to bottom. Each team has had at least seven games to show us what they are all about on the ice. With the majority of a long season still ahead, these first rankings will likely be far from how things ultimately shake out. Nevertheless, here is how I have each team stacking up from worst to first with a week to go in October.

The streak of 25 consecutive playoff appearances feels ancient, even though it ended just two seasons ago. With the worst goal differential in the league (-19) and the most goals allowed (39) through nine games, all eyes in Hockeytown are looking ahead to the NHL Draft.

With their big rebuild just beginning, this season will likely get even uglier as more veterans are shipped out before the February trade deadline.

With the early-season offensive outburst across the league, the Kings have failed to keep up. They have scored just 18 goals through ten games and have a -18 differential. Yikes!

Arizona has scored just 19 goals in nine games. They have also only given up 19 goals. It may not be the prettiest hockey, but this young club will continue to grow this season.

Conor McDavid is good, but he can’t do everything. He has had a hand in 72% of the 18 goals the Oilers have scored through seven games. Edmonton needs some semblance of production around him to improve.

When a star like John Tavares leaves, the void will take time to fill. It’ll be a long hockey season in the Big Apple with both New York teams playing for the future.

It still seems incredible to think the Senators were in the Eastern Conference Finals two seasons ago. Expect a better-than-expected start to fizzle out quickly. Mark Boroweicki may be throwing more elbows out of frustration.

Rallying from two goals down to beat the Islanders Wednesday is a positive sign for a team that had just 5 points in 7 games coming in. They will have to lower their 4 goals allowed per game clip to truly right the ship.

The Blues have a -7-goal differential and coach Mike Yeo is coming under fire for how he is putting together the third and fourth lines. Leadership issues for sure.

The Stars are the epitome of a middling team. They have the potential to make noise and the chance to fall flat on their faces. It’ll probably equal out to something in the middle of the two.

The Flyers have talented skaters all over the ice, but the goaltending situation is a mess. If Brian Elliott continues to struggle, he may give way to Michal Neuvirth sooner than later.

I can’t think of a much better way to celebrate a 20-game PED suspension than cashing in with a new deal. That’s exactly what defenseman Nate Schmidt did this week when the Golden Knights extended him for the next six seasons. This team is just treading water until Schmidt and other injured contributors return.

Sabres fans will happily take six wins every ten games for the rest of the season. Additionally, seven defensemen have scored goals this season. After years of despair, Buffalo is headed in the right direction.

I don’t think anyone saw the Canucks getting 12 points in the season’s first eleven games. If Jakob Markstrom continues to play well after a slow start, maybe they can sustain the success for a while. Losing to the Coyotes is a bad look though.

The Flames are scoring at a 3.3 goals per game clip and have only been in two games decided by one goal, in which they are 1-1. If the defense gets more consistent, the Flames could make big moves this year.

The Ducks came soaring out of the gates but are on a four-game losing streak since. Losing streaks happen, but Anaheim has lost all four of those games by two goals or more.

The Wild have rebounded from a dismal start by winning four straight. The upcoming return of Joel Eriksson Ek should provide a boost as well.

Defense has been optional in Columbus, but they have been forced to play without top defenseman Seth Jones through the season’s first three weeks.

Chicago is scoring almost at will, but they need to shore up the defense big time. They rank in the bottom ten in goals allowed (34) in the league through three weeks.

They were supposed to terrible, but through the first three weeks, that projection may have been overblown. Even more impressive is that Montreal has gotten off to this start without Shea Weber.

The Devils have scored 25 goals through nine games. Seven of those are Kyle Palmieri’s. This team has talent to continue trending up but will need to disperse offensive duties to crack the top 10.

After years of rebuild, Carolina has jumped out to a great start this season. Can they sustain this early success and battle alongside the elite in the Metropolitan Division? The performance of Petr Mrazek in net will be crucial.

It’s fair to expect a Stanley Cup hangover, but the Capitals offense has not missed a beat. It’s a wonder they haven’t started better given they are averaging nearly 4 goals per game.

The Sharks are a great team when it comes to time of possession and sharing the puck, evidenced in their 53 assists on 31 goals as a team. This team is still primed for a big run provided it can get enough from Martin Jones in net.

A +10 goal differential looks great through ten games, especially when the goals against number is just 24. This Bruins team embodies the physical, defensive-minded teams we expect in Boston. But will they have enough offensive contributors to be serious contenders?

Youngsters Nathan MacKinnon and Mikko Rantanen have been lighting the stat sheet on fire through the first three weeks. If they keep it up and get goaltending from Semyon Varlomov to match, the Avalanche will be in good shape.

After sputtering to a 2-1-2 start, the Penguins have rattled off three wins in a row and have scored 35 goals despite seeing limited power play opportunities. They’ll be a factor once again come playoff time.

The Lightning have a wealth of proven scorers to ensure offensive stability. The fact that they have given up just 18 goals in 8 games (tied for the league low) proves they can be a defensive force as well.

It would have been ludicrous to expect Auston Matthews to sustain his initial goal pace. Even with the cooldown, he is still averaging a goal per game through the first ten. The Leafs have scored a league high 38 goals as a team, yet their differential is only +6.

Nashville leads the league in points and they are tied for the best goal differential at +12 through ten games. This team remains loaded with talent and is a solid pick to defend their Central Division Title, Western Conference Regular Season Champion, and President’s Trophy banners.

Can Marc-Andre Fleury Get Into the NHL Hall of Fame Some Day?
NHL Power Rankings 11/7