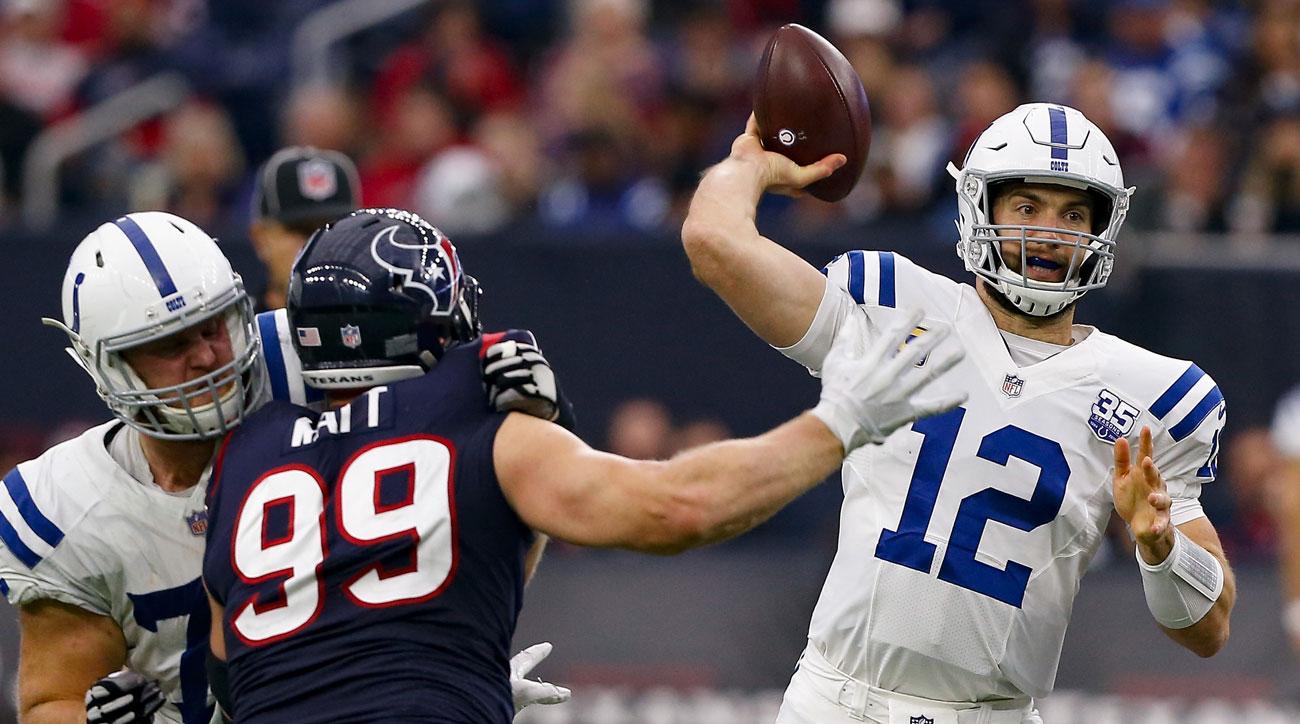 There is plenty of money left to spend, before the NFL season kicks off in Week 1. Teams will be looking at the number of notable free agents still up for grabs. Let’s take a look the NFL teams with the most cap space still available.

The Titans have been in need of a wide receiver since the franchise was founded, and they addressed this need by selecting A.J. Brown in the second round. Him, Corey Davis, and Adam Humphries could turn into a solid trio. The rest of this offense is mediocre to fine across the board, so while there isn’t a glaring need, they should still be looking for talent to add to this group.

Defensively, the Titans need to find another edge rusher. When facing Andrew Luck or Deshaun Watson, they only way to beat them is to apply pressure and get them uncomfortable. If this team is unable to do that, they might as well tank for a new quarterback and start another rebuild. The hope is Cameron Wake will be able to fill this need, but at 37 years old, it would be wise to bring in some depth that specializes in this department, at the very least.

The offseason winners have certainly been Browns fans. This offense looks to be one of the most dangerous units in football, led by Mr. Dangerous himself. The only real offensive need in Cleveland is at tackle. While I don’t think they bring someone in, there are some guys available.

The defense is what is holding this team back. They attempted to address this in the draft, but they didn’t have enough picks to do much. They added cornerback Greedy Williams in the second round and outside linebacker Sione Takitaki in the third. They still need help at defensive tackle, defensive end, safety, and even more corner help. There are plenty of players out there. Could this be the landing spot for Ndamukong Suh?

It was really a lost season for the 49ers, after losing Jimmy Garoppolo and Jerick McKinnon early. Essentially, this is the first season for Shanahan’s offense. They needed wide receiver help, and they went and drafted Deebo Samuel and Jalen Hurd in the second and third rounds. This is a big help, but a veteran presence, aside from Marquise Goodwin and Jordan Matthews, would be nice. The team also still needs interior offensive line help.

Defensively, they filled a big need by drafting Nick Bosa. They still need help at safety and corner. Eric Berry would be a terrific player to bring in and change the defensive culture in San Francisco. Other secondary players that the Niners should be reaching out to include Tre Boston, Morris Claiborne, Orlando Scandrick, and I suppose Brent Grimes.

The Texans really fell apart last season. Much of this was due to injuries, but it also came down to offensive line play. Their line was arguably the worst in the league, and they addressed this by selecting offensive tackles in the first and second rounds. With this much money left, they could bring in another body to really solidify their unit. The offense could also benefit from signing another receiver, since Will Fuller is always injured and they don’t have much besides DeAndre Hopkins and Keke Coutee. Recruiting either Michael Crabtree or Dez Bryant to come back to Texas could be really appealing. After cutting Ryan Griffin, the Texans are also in the market for a tight end. Jermaine Gresham may be their best bet.

Defensively, every team could use another edge rusher or defensive back depth. After losing both Kareem Jackson and Tyrann Mathieu, they brought in Bradley Roby and Tashaun Gipson, so they should probably sign someone else for their secondary.

The Colts are the third AFC South team in the top-5, which is…interesting. It should also be scary for the rest of the league, because not only were the Colts one of the hottest teams in the league down the stretch last season, they added to it, and they still have nearly $60 million left to spend.

After drafting six defensive players in the first five rounds, the Colts proved again that they are committed to building a strong defensive unit. However, they could continue to add to that. On the defensive line, they could benefit from the services of Ndamukong Suh or even Muhammed Wilkerson. They drafted cornerback Rock Ya-Sin with their first pick, but defensive back is certainly a position where depth could be extremely beneficial come the post season. Offensively, Colts drafted receiver Parris Campbell in the second round, but they could add another toy for Andrew Luck.

Essentially, both of the Colts’ starting units are beginning to look really good, but with this amount of cash left to spend, they could bring in a couple playmakers to really elevate this squad to championship level. Look for them to make a move relatively soon, whether it be via free agency or trade.