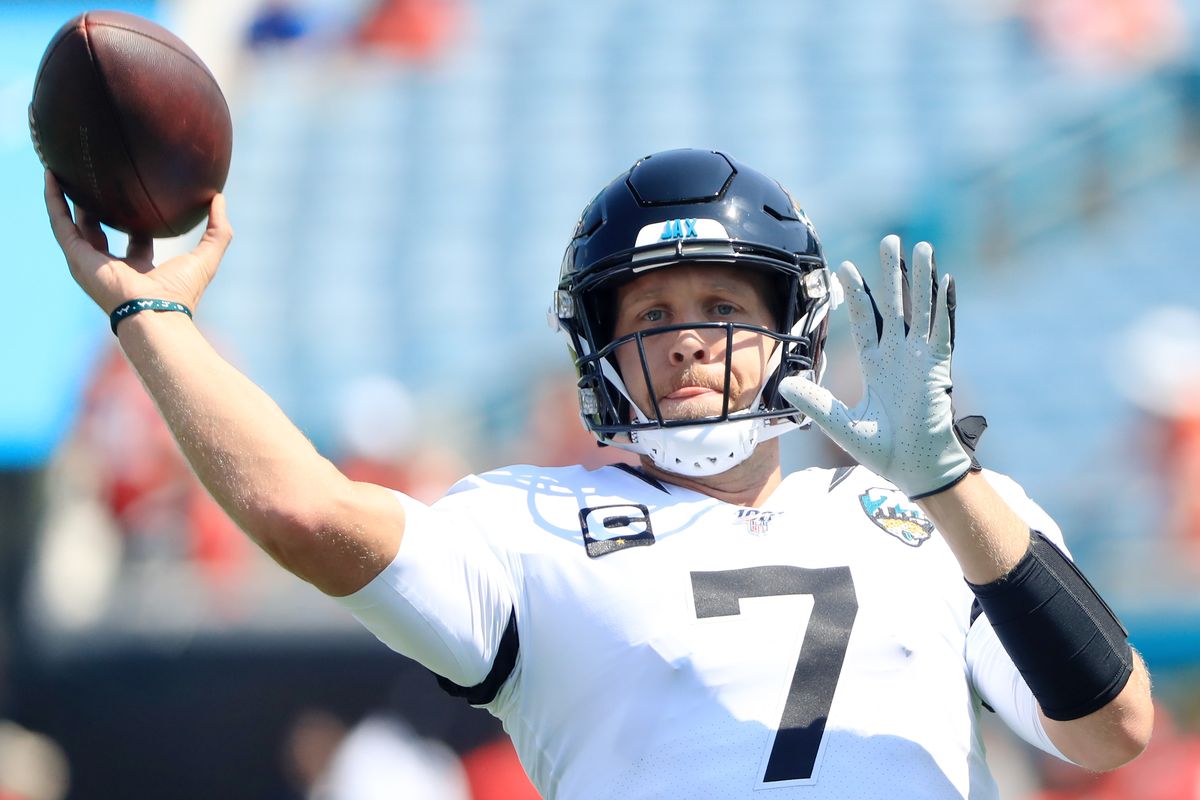 Last week, Foles had 296 yards with two touchdowns (and an INT) against a Colts defense that many consider far greater than the Titans. This is a cheap QB who we know is going to start, is healthy, and has healthy receivers. At this point in the season, that the best you’re going to get.

I may be a Guice hater, I admit it. The man can’t stay healthy so I will probably never draft him in a yearly, but DFS is a whole different animal. Adrian Peterson is questionable, Chris Thompson is questionable and, for once, Guice is actually the healthy back. At this price, he’s a worthy shot.

Jordan Howard is questionable, Darren Sproles and Corey Clement have been done for the year, and after Sanders, it’s Boston Scott and Jay Ajayi. Howard may get the nod for this game, but in a game where the Eagles could really use a win, the Eagles should lean to a more explosive Sanders.

Six targets for Matthews against the Patriots, this Eagles receiving corps is DE-PLE-TED. Alshon Jeffery is questionable, Nelson Agholor is questionable and, of course, DeSean Jackson is done for the year. There is an actual possibility that going into this game, Matthews might be at the top of the depth chart.

I love Hunter Renfrow. He had a great college career, ended up being taken in the fifth round and has had a tremendous past four games — 19 receptions, 250 yards and two touchdowns, in PPR format that’s 14 PPG for a player that costs $4,500 in DraftKings.

Greg Olsen, at NO

Safety net, soft hands, reliable receiver. However you slice it, Olsen gets catches. Olsen is one of those players at the tail end of his career, but is still playing great despite his age. The benefit of this is that normally these aging players that play well are pretty cheap (besides Larry Fitzgerald). He’s a great bargain player for this week.