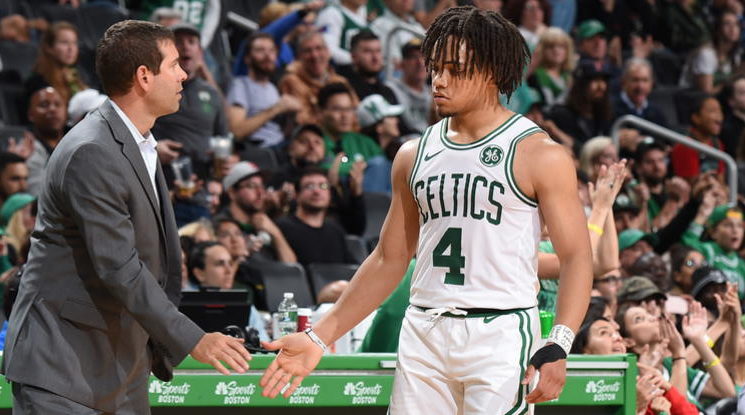 Nerves Get the Better of Carsen Edwards in Debut

Nerves Get the Better of Carsen Edwards in Debut

Carsen Edwards may have been a second-round pick out of Purdue for the Boston Celtics, but the young rookie has shown plenty signs of promise.

Unfortunately, Edwards looked nervous in Philadelphia on Wednesday night. It appeared the game was moving faster in Edwards’ mind than it actually was in reality. He just one of his five shots, finishing with three points and a rebound.

While it is too early to judge a second-round pick’s abilities after his debut, Edwards does receive a D- considering how well he has already proved he can play compared to his debut.