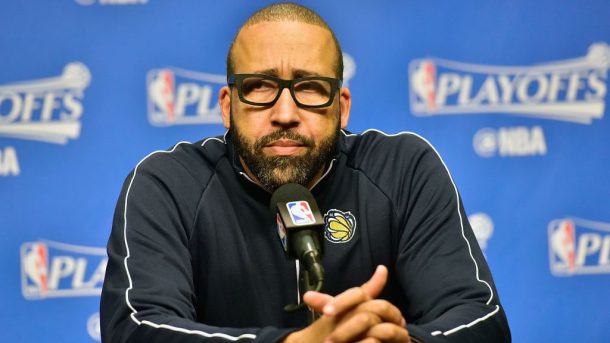 The NBA offseason may be known for its satirical championship commercials and flurry of free agents flip-flopping teams, but the players aren’t the only ones who may have a new job come July 1st.

NBA coaches may have the most unfair job in the entire league. When the team is succeeding, the reasoning is always behind the players, but when the team is losing, the coach receives the lion share of the blame. It is the nature of the job. If you want to keep your job, you better succeed. Period.

So, for this article, I will play the role of General Manager for each team and state what each new coach will need do in order to succeed during their first year on the new job.

During his five year tenure in Charlotte, Clifford achieved reaching the playoffs only two times. Once during the 2013-14 season and the second during the 2015-16 season. Each time Clifford’s team fell short to Miami in the first round. Clifford ultimately struggled during his time in Charlotte, posting a career record of 196-214. The Hornets finished ten games under .500 in each of the last two seasons. Clifford will need to turn that around in Orlando, a franchise that has not played a playoff game since 2012. The fans in Orlando are begging for a reason to attend home games. Clifford has a tall task of getting Orlando back to stardom, but a good place to start would be making a strong pick in the 2018 NBA Draft.

David Fizdale saw his time spent in Memphis cut short when the team fired him after a 7-12 start to the season. When Fiz was handed the head job in Memphis, many believed he would be the one to turn that franchise around and over the hump that haunted them. However, Fiz struggled with the explanation of tanking to Gasol. The Spanish native grew increasingly frustrated with his role on the team and ultimately ran Fizdale out of town.

Now in the basketball Mecca of the world, New York City, Fizdale will be under a microscope during his time as a Knick. A microscope that is very clear to 8.5 million raging Knick fans, whom won’t think twice to let their opinion of you be known. Fiz will need to block all of that outside noise out and focus on his task at hand: find another star to play alongside Kristaps Porzingis and get New York back into the playoffs.

When Fizdale was fired during November of the last season, the head coaching reigns were handed over to then assistant, J.B. Bickerstaff, who put Memphis back in their desired destination, the NBA draft lottery. Needless to say, Memphis had one of the weaker talented squads in the entire league, but that landed them the fourth pick in next week’s NBA Draft. Yet, with a lack of superior offensive and defensive talent, locked into a daunting contract with Mike Conley, and Marc Gasol with one foot out the door, they don’t appear to be competing any time soon. However, J.B. and staff should have two simple goals in mind: First, draft the most NBA-ready player; Second, don’t lose by 61 points to a sub-.500 Charlotte Hornets team.

Mike Budenholzer was one of the more successful coaches among those listed in this article. He led his Hawks club to the playoffs in four of his five seasons at the helm, including a #1 seed and Eastern Conference Finals in 2014-15, but after failing to be competitive this past year, Atlanta thought it was time to move on from Coach Bud.

Next stop, Milwaukee. Budenholzer could look to apply his knowledge gained from his years in San Antonio, in how to build around a superstar talent in a small market. With Giannis Antetokounmpo entering his prime years, Coach Bud has an upper hand on most of his counterparts. All in all, the goal for the new Bud-Giannis era in Milwaukee is clear: finish atop of the eastern conference while attracting talent to Milwaukee.

Pierce is familiar with the Trust The Process movement in Philly, where he served as an assistant for five years. Pierce is one of the more unknown coaching prospects to receive a promotion this year. Although his coaching career began in 2003, this will be his first head coaching gig. So, lets give Pierce the opportunity to prove himself before we batter him. Instead, what does Atlanta need to do in order to make Pierce’s job easier? Win the draft. With four picks in this year’s draft (#3, #19, #30, #34) Atlanta could speed up their rebuild by a few years, which can ultimately make Pierce’s job more sustainable.

Like Budenholzer, James Borrego was an assistant under Gregg Popovich for several years. However, Borrego does have head coaching experience when he filled in at the interim role for Orlando during the 2014-15 season. Borrego coached the final 30 games for the Magic and won only ten, but now he has a second chance to run a team. Charlotte has come off back-to-back seasons below .500,  but have All-Star talents in Kemba Walker and a Dwight Howard, who provided a productive first year for the Hornets. In order for Borrego to succeed in Charlotte, he will need to get the best out of Nicolas Batum and develop Malik Monk into a consistent scorer. In doing so, they create more space for Kemba to create and Dwight to kick out to open shooters, something he did extremely well during his peak Orlando years.

Dwane Casey saw his career in Toronto abruptly cut short due to the domination of Lebron James, yet again. Some may even say it was an unfair firing. However, coach Casey has closed that chapter of his career and is welcomed into a new one. DETROIT BASKETBALL!

Yes Detroit, where hard-nosed defense will be praised more than a SportsCenter Top 10 play would. A style that perfectly fits for Casey. With two solid big men in Blake Griffin and Andre Drummond, Detroit has all the makings to make a playoff run this year. While they don’t have much cap space nor a first round draft pick, coach Casey should look to use his experience to get the most out of young guys like Stanley Johnson, Reggie Jackson, and Luke Kennard. If so, there shouldn’t be much standing in the way of the Pistons to reach the playoffs.

Entering the playoffs, I don’t think anyone expected Nick Nurse to be in the position he currently holds. Toronto set a franchise record in wins and landed the top seed in the eastern conference. Yet, in typical Raptors fashion, they struggled throughout the playoffs. In the first round against Washington that went six games, and in the second round where they were swept by Cleveland once again. Toronto had to make a decision for the fan base and that ultimately meant Casey’s job.

Enter Nick Nurse, the long time Raptors assistant coach. Nurse has proven himself in the G-League, where in 2015, he won a championship and a Coach of the Year award. The promotion of Nurse just makes sense for Toronto, but the question will be, what can they do to beat LeBron and Cleveland? The answer: bring back all your guys and hope LeBron takes his talents out west. Other than that, Toronto looks to be stuck in the mud, regardless of who’s calling plays.

Igor Kokoškov is one of the more intriguing NBA hires this offseason. With the top draft pick in his first year at the helm, Kokoškov can add a transcendent talent that will help shape his future in Phoenix, which happens to be the biggest question mark currently surrounding Phoenix, and rightfully so.

What will Phoenix do with the first pick? They can keep Ayton in Arizona. They can reunite Luka with Igor, whom was also the Slovenian National Team head coach. There was even some rumors swirling around that Phoenix was interested in trading their top pick. Whether those rumors started once Karl-Anthony Towns was seen in pictures with a Suns jersey on or not. One thing that is for certain is Phoenix has the number-one pick in the 2018 NBA Draft, and the world is waiting to see what they do with it.

NBA Draft 2018: Predicting the First Round
Best NBA Retro Jerseys
What Giannis and Budenholzer Need this Summer in Milwaukee
Are the Washington Wizards Stuck in a Rut?