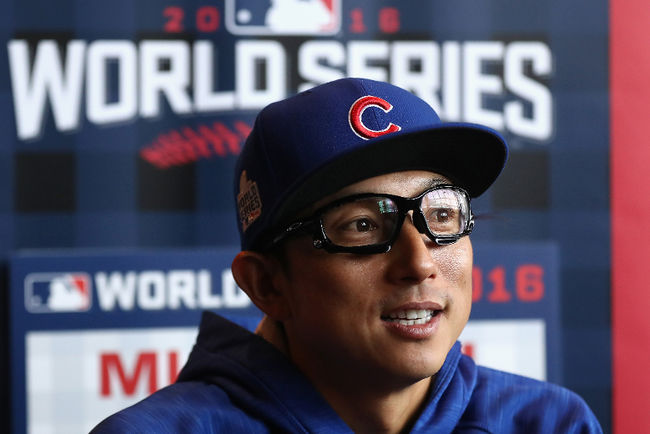 Fan favorite Munenori Kawasaki is set to retire after the Fukuoka SoftBank Hawks released him on Monday.

According to The Japan Times, the 36-year-old Kawasaki is leaving the game because of a nerve disorder.

“In my current state, I can’t conceive of continuing in baseball,” says Kawasaki via a statement released by the Hawks.

Kawasaki spent five seasons in MLB with the Seattle Mariners, Toronto Blue Jays, and the Chicago Cubs. Kawasaki became a cult hero among baseball fans during his tenure with Toronto.  During a postgame interview in 2013, he shouted, “Thank you very much. My name is Muneori Kawasaki. I come from Japan. I am Japaneeeeessee!!”

That same year was also his best season in the majors with 55 hits and 24 runs.

Kawasaki later joined the Chicago Cubs in 2016 where he became a hit with his fellow teammates and Cubs fans. One of the more notable acts he did was sing during Spring Training.

During the 2016 Cubs season, Kawasaki mostly spent his time in Iowa. However, because of injuries in the main Cubs roster, Kawasaki was called up to play during April, July and September. During this time, he hit .333 through 26 at-bats and two stolen bases. Although Kawasaki wasn’t on the postseason roster for the Cubs because he was ineligible, he did travel with them and was present during the celebration when the Cubs beat the Cleveland Indians in Game 7 of the World Series. After that, he became the third Japanese player after Daisuke Matsuzaka and Koji Uehara to win the World Baseball Classic, Japan Series, and World Series.

The following season the Cubs signed Kawasaki on a minor league deal but was released before the season even started. He returned to Japan to sign with the Fukuoka SoftBank Hawks where he originally started his career before coming stateside. He batted .247 in 42 games. The Hawks later won the Japan Series that year.