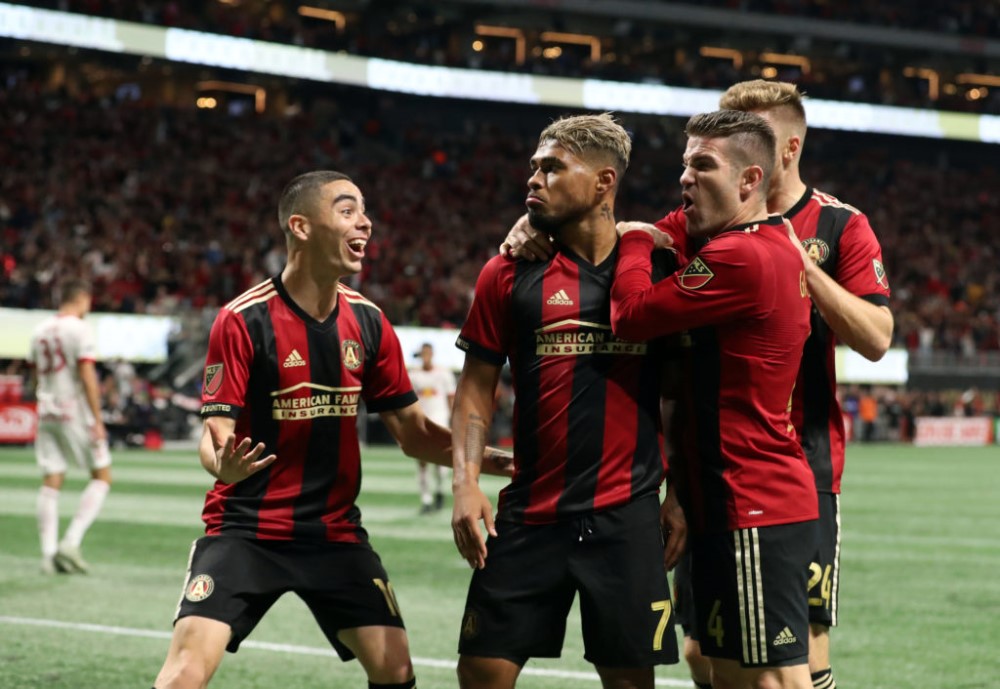 We are getting tantalizingly close to crowning the MLS Cup champion of 2018. But first, the second legs of the Eastern and Western Conference Championships must be played. Sunday’s first leg action set up drastically different scenarios in each conference for the second leg matches this Thursday (11/29).

Of all the teams in this year’s MLS Cup Playoffs, Atlanta United has certainly been the most impressive thus far. After winning both legs to cruise past New York City FC in the Conference Semifinals, the Five Stripes carried their winning ways into their Conference Championship first leg match against the Red Bulls. A dominant 3-0 triumph left the Supporters’ Shield winners with a massive hill to climb in the second leg.

Josef Martinez got the party started in Sunday’s first leg with a goal in the 32nd minute. Apart from that tally however, the first half was tightly contested, and New York was very much in the game at the break. A would-be equalizer from Bradley Wright-Phillips, just after halftime, was waved off due to Alex Muyl screening goalkeeper Brad Guzan while offsides. Atlanta notched their second tally in the 71st minute when Franco Escobar blasted an errant cutback pass past keeper Luis Robles. Second half substitute Hector Villalba scored in the fifth minute of second half stoppage time to complete the onslaught.

As a result of the first leg blowout, the Red Bulls find themselves backed against the wall. Their only options are to notch a 3-0 shutout of their own and force penalties or win by 4 or more goals. Winning by 3 in a non-shutout fashion won’t matter as Atlanta would advance on the away goals tiebreaker. In just their second year of play, Atlanta United is all but a miracle away from reaching the MLS Cup Final. The second leg will air Thursday at 7 p.m. E.T. on FS1.

After upsetting the two-seeded Seattle Sounders in the Conference Semifinals, the Timbers got the honor of hosting top seed Sporting Kansas City in Sunday’s first leg. While they succeeded in not allowing SKC an away goal, they failed to gain the upper hand in the aggregate themselves and left the Western Conference Championship wide open heading into the second leg.

While the Timbers ultimately failed to tally a goal, it wasn’t due to a lack of trying. Jorge Villafana nearly scored in the early stages of the match as a clearance ball fell right to him. He shot it past the Sporting defense and keeper, Tim Melia, but instead of going into the net, the shot clanged off the post. Then in the 70th minute, Portland thought they had taken the lead when David Guzman sent a rebound into the net. After review however, he was correctly ruled to be offsides. Kansas City was on their heels for most of the match. Perhaps their best chance at scoring was on a second half shot by Johnny Russell that sailed over the crossbar.

The scoreless first leg draw sets Sporting Kansas City up with just needing to win at home to advance. Portland can also obviously advance with a victory, and any non-scoreless draw would also allow them to advance on the away goals tiebreaker. Another scoreless draw would send the Western Conference Championship to penalty kicks. The second leg is slated for Thursday at 9:30 p.m. E.T. It can be seen on ESPN.