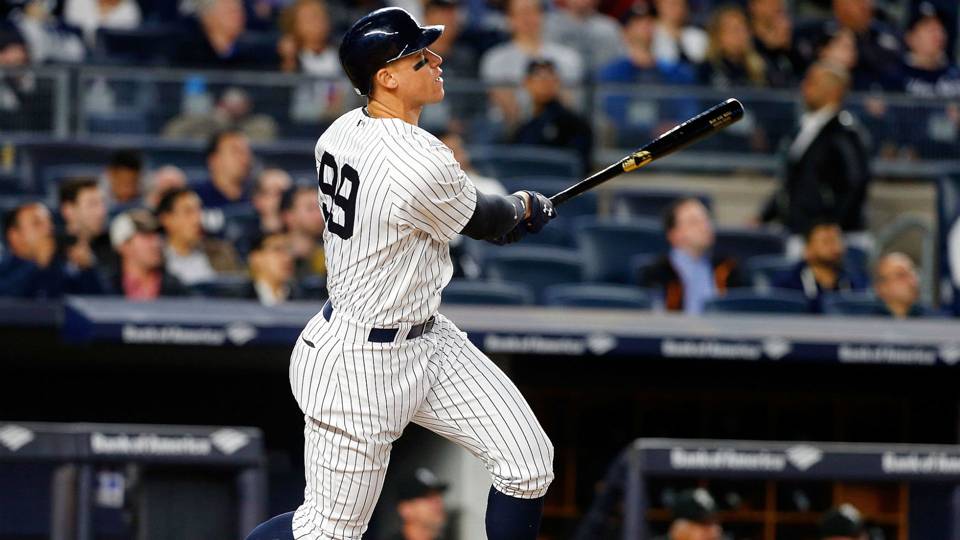 There were no shortage of big moves made in lieu of Monday’s trade deadline. Many of baseball’s top teams were looking to make season-changing deals. The Dodgers, Yankees, Cubs, and Nationals were all big winners this week, bolstering their rosters in the push for October. The Astros and Red Sox, however, failed to make any big splashes. With nine weeks left in the season, time is running out for teams still fighting for a spot in the postseason. Here are this week’s MLB Power Rankings presented by FlurrySports. (All records and stats updated through 7/31/2017)

After a slow start to the 2017 season, the Royals have crept their way back into contention. Winning 10 out of their last 12 games, not only has Kansas City reentered the Wild Card race, they have also inserted themselves back into the race for the AL Central title. On July 30th, their outfield gained some depth as they added Melky Cabrera who has been with the White Sox since 2015. Cabrera is no stranger to the postseason, and he is also no stranger to Kansas City as he played for the Royals during the 2011 season. Only two years removed from their World Series win, the Royals are confident in their seasoned roster’s ability to make another deep postseason run.

The Cubs continue to remind us all why they won the World Series last October. It seems like when they need a big hit or to start a winning streak, the Cubbies find a way to come through. The Cubs have been red hot since the All-Star break, going 13-3 to close out the month of July while reclaiming first place in the NL Central. Solid additions like Jose Quintana, Justin Wilson, and veteran catcher Alex Avila certainly don’t hurt matters, either. Fun fact: the Cubs have seven position players on their roster age 25 or younger under contract through at least 2022. Not only will this team be good for the remainder of 2017, they will also be very good for some time to come.

It has been a rough couple of weeks for the Red Sox. Boston has only managed to muster eight wins in their last 18 games since the All-Star Break. In the process, they have also surrendered the AL East Division lead to the New York Yankees. While Addison Reed and Eduardo Nunez are solid additions, they pale in comparison to the quality and quantity of talented players the Yankees have added. Their starting pitching also wasn’t addressed as David Price is again experiencing elbow issues. Things can turn around for Boston, but they had better do it quickly; the Yankees show no signs of slowing down.

Acquiring Detroit Tigers outfielder J.D. Martinez only serves to improve the middle of the D-backs’ lineup in the race for the NL Wild Card. Arizona will need all of the help it can get, as they have only gone 7-9 since the All-Star break. While it seems highly unlikely that Arizona will be able to seriously challenge the Dodgers for first place in the NL West, their best bet at making the postseason will surely be holding on to the Wild Card spot they have held for some time. Now is not the time to get complacent, as the division rival Rockies only trail the D-backs by half of a game for the first Wild Card spot, and the Brewers are only six games behind as well.

It would seem odd to call a 60-win team a “sleeper,” but Colorado is definitely a sleeper pick for a deep postseason run. The Rockies have added veteran reliever Pat Neshek as well as two-time All-Star catcher Jonathan Lucroy. It’s moves like those that make a team in the Wild Card race significantly better down the stretch. With usurping the Dodgers in the NL West being an extremely tall order, like Arizona, Colorado’s safest option in securing a playoff spot will be to hold on to an NL Wild Card spot. With the tools at manager Bud Black’s disposal, the Rockies should be able to get that done.

For a team that was in the World Series a year ago, the Indians have been flying a bit under the radar as of late. They have won 10 of their last 17 games since the All-Star Break. They’ve held on to their lead in the AL Central for the last two months (albeit it’s a slim two game lead over the Royals). As far as the trade deadline goes, the Indians weren’t very active. Nonetheless, the Indians still have World Series caliber players on their roster, and their aim is to make it back to the fall classic to vindicate their defeat last October.

The Yankees have been on a roll, lately. July was far from a walk in the park for them, though. After starting off the month 8-10, New York finished July winning eight out of their last ten games to take first place in the AL East from the Boston Red Sox. Aaron Judge continues to dominate, posting a line of 0.303/0.429/0.639 and hitting 34 homeruns with 75 RBI. In addition to adding relievers David Robertson and Tommy Kahnle, as well as third baseman Todd Frazier, the Yankees made a big splash in trading for A’s starting pitcher Sonny Gray (6-5, 3.43 ERA, 1.18 WHIP).

With a 14-game lead in the NL East, it’s a pretty safe bet that the Nats will be making the postseason this year. Since the break, the Nationals have finished off July with an 11-5 record. Washington will head into August with a newly-bolstered bullpen as they traded for late-inning relievers Sean Doolittle, Ryan Madson, and Brandon Kintzler. Pair that bullpen with a solid starting rotation and an explosive offense, the Nationals have a recipe for success that could present them with an opportunity to challenge the Dodgers in the National League pennant race.

Houston has hit a little bit of a snag. Since the break, the Astros have only managed to post a 9-7 record. Lance McCullers has hit the disabled list for the second time this year. Shortstop Carlos Correa may not be back until early September as he recovers from surgery he had on his thumb on July 19th. The Astros only major move was the acquisition of LHP Francisco Liriano (6-5, 5.88 ERA, 1.62 WHIP) who is reportedly going to work out of the bullpen. Houston is the clear favorite to win the AL pennant, and their front office seems satisfied with that. The only question is if what they have for personnel will be enough to beat the Dodgers in the World Series, let alone make it there. With what we have seen from Houston this season, there’s no good reason to doubt their odds.

What isn’t going right for the Dodgers right now? Los Angeles has the best record in baseball, they are the only team with 70+ wins and a 0.700 winning percentage, they have closed out July with a 20-3 record for the month, and they made some noise at the trade deadline. Tony Watson and Tony Cingrani will add some left-handed pitching depth to the bullpen. The biggest trade of the day for the Dodgers by far was for starting pitcher Yu Darvish. The four time All-Star is added to an already phenomenal rotation that includes Alex Wood, Rich Hill, and (of course) Clayton Kershaw. With Kershaw slated to return in late August from a lower back injury, Los Angeles could have quite the pitching staff to propel them deep into October.