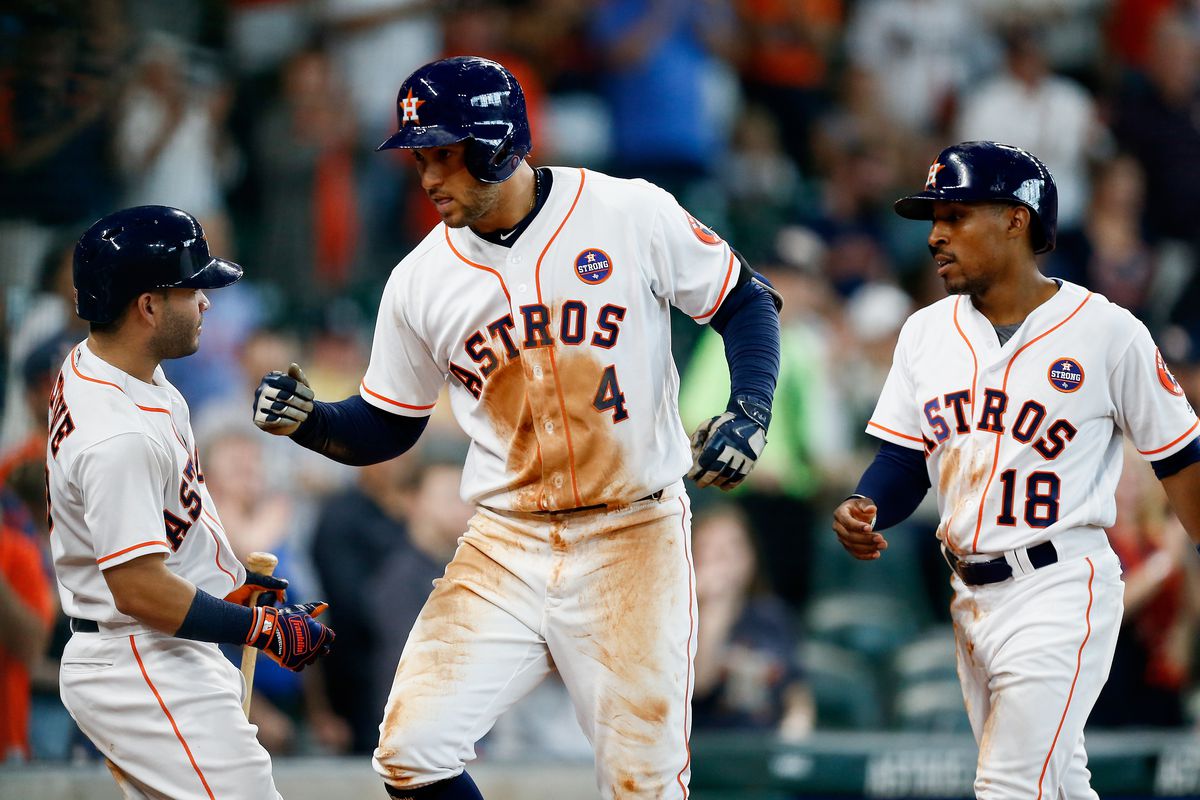 The MLB season has entered its final month of regular season play. That’s right folks, it is officially “Septober.” It is difficult to find anything in other sports that can match the intensity and majesty of Septober baseball. With tight playoff races aplenty, here are this week’s MLB Power Rankings as presented by FlurrySports. (All records and stats updated through 9/4/2017)

The Twins have managed to win six out of their last ten games despite having slugger Miguel Sano on the DL with a left shin injury. Minnesota would like to have his bat back soon as they look to gear up for a tight AL Wild Card race. There are currently six other teams in the American League who are within three games of a Wild Card spot. One of those teams is Kansas City, the team that will host a 4-game series vs. the Twins starting this Thursday in what will surely be a series with playoff implications.

The Rockies have not looked sharp at all, as of late. Colorado has lost six out of their last ten games as they limped out of the month of August with a 12-15 record. It’s been a steady decline for the Rockies for quite some time, now. The Rockies have lost 35 out of their last 60 games, that’s a 25-35 record since June 21st. A slide such as this has allowed St. Louis and Milwaukee to creep within three games of that second NL Wild Card spot. Worse yet for the Rockies, their schedule does not get any easier. Before the season is out, Colorado will have to play 11 games versus the top two teams in their division. That’s seven games against the Dodgers and four games against the Diamondbacks. Yikes.

The Yankees have managed to win four out of their last five, which includes them taking three out of four games against the rival Red Sox. Not only does that help New York in their division race, but that has also aided in their efforts to hold on to the top Wild Card spot in the American League, if all else fails. They’ll need that 2.5 game buffer as their next five series are against teams within three games of a Wild Card spot. Also yikes.

The Cubs have been winning, having notched a win in seven out of their last ten games. The only problem for them is that the Milwaukee Brewers (72-66) have been keeping pace with Chicago. A 3.5 game deficit is all that separate these clubs in the NL Central. This weekend, Chicago and Milwaukee will face-off in a three-game series at Wrigley Field. One week later a four-game series at Miller Park will mark the last time these two will face each other in the regular season. It is sure to be must-see baseball.

The D-backs have been on an absolute tear lately, winning their last 11 contests. The highlight of the streak has to be J.D. Martinez’s 4 homerun game, a feat that has only occurred 17 times previously in MLB history. The Diamondbacks have also become the latest club to reach the 80-win mark, just shy of ensuring a winning record. Worth noting: Arizona has not posted a winning record since 2011. The Diamondbacks have also used their streak as an opportunity to bolster their lead in the NL Wild Card, as they hold the top Wild Card spot by 6.5 games.

The Red Sox have certainly cooled off lately. Recently, Boston dropped three out of four games to the Yankees. In what would have been their final chance to finish off their division rivals once and for all, not only did Boston lose the four-game series, they ended up losing the overall season series to the Yankees, losing 11 out of their 18 matchups with New York this year. With the Yankees only 3.5 games behind the Red Sox in the division race, New York having that season series tiebreaker over Boston certainly looms large.

With a 17-game lead in the NL East, it wouldn’t be wise to bet against the Nationals walking away with a division title. The Nats can afford to lose all but 10 of their remaining games and lock up a division title. They’re obviously not going to do that. With Bryce Harper on the DL with a hyper-extended knee and Max Scherzer day-to-day with a calf bruise, the Nationals may take a step back, but it certainly won’t hurt them much. Even with all of that, Washington has won seven out of their last ten games, showing this team is deep enough to lose a couple of stars in the short-term and still win.

Despite being displaced by a hurricane, the Astros have looked #HoustonStrong. Since their rocky month of August in which the club finished with an 11-17 record, the Astros have since won 5 games in a row, including their first four games of September. Just before the August 31st waiver trade deadline, the Astros added a former MVP and Cy Young Award winner to their starting rotation. Long-time Detroit Tiger (2005-2017)  Justin Verlander now joins a rotation that includes the likes of Dallas Keuchel and Lance McCullers. Those three guys together on the same club could spell “trouble” for any team they face in the postseason.

The Indians now own the MLB’s longest winning streak this season as they recently notched their 12th straight victory. The Tribe has looked dominant in recent months as it appears that they have rediscovered the winning example they set last season. If trends continue, the Indians shouldn’t be too challenged by the opposition until they face the Angels and Twins later this month. Against the Twins, the Indians will look to both lock up their division and potentially knock a division rival out of a Wild Card spot.

The Dodgers have looked pretty rough to start the month of September. Having so far posted a win-loss mark of 1-4, Los Angeles has hardly looked like the dominant team they were through much of the summer. It doesn’t seem likely that this club will set any single-season win record. Despite this, the Dodgers are still the best team in baseball (by far) and are still well on track to being the number one seed in the National League. Still, September is the time where most teams want to start getting hot, and the Dodgers have looked quite vulnerable lately.