Mayweather vs. McGregor | A Breakdown of Each Man’s Weapons 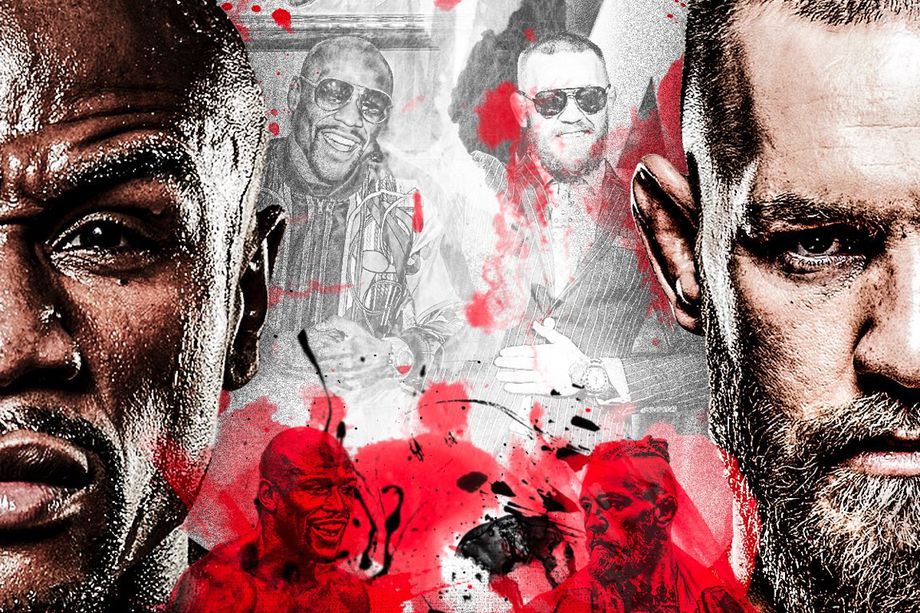 The spectacle of August 26th quickly approaches, and two kings of their craft will do battle over 12 rounds. These two men will throw hands in accordance to Marquess of Queensberry rules, with 10 ounce gloves to match.

We have the most prolific knockout artist of the modern mixed martial arts era facing the greatest defensive mind boxing has ever known. The matchup is as confounding as it is exciting, and the world is abuzz with hype; this fight is a respite to the ordinary drudge combat sports has become. This bout throws new life into the realm of pugilism, and  regardless of being a mismatch or not, mass amounts of people are excited for a fight again!

So what do these men bring to the table?

The Celtic Cross: McG has the cleanest left in the MMA game, and he has an unheard of 90% finish rate with 19 finishes, 18 coming by way of strikes. Former champion and veteran Eddie Alvarez said Conor was the most deceptively fast fighter he had ever faced, along with being the hardest hitting.

Length, Size, Power: Conor also possess immense fluidity in his movement, his footwork is incredible (as he is a trained Kyokushin karateka), and he has expert timing and precision. He may not be used to boxing gloves, but he can adapt to a ring with different weapons as he has the forward and focused mind for battle. He will need to use his strength to bully and overwhelm the upcoming opponent. He can not engage in traditional fashion as he is not experienced enough in this type of warfare. The distance, timing and energy expenditure each round will determine Conor’s place in this fight, and in the sport.

Body Work: The body jab, the feints up high and delivery down low… Floyd is a master of disguise, and a highly intelligent boxer. He covers up all his movements with secondary movements, and once you’ve caught on to one pattern, he’s already smacked you a couple times and landed behind you. Floyd tortures opponents with speed, and timing; he can use his version of the Philly Shell to keep himself out of danger. Hitting Floyd is a once in a lifetime experience, his explosive defense causes mass amounts of deflections of the shoulder an dodging with masterful hip work. The master class against a heavy hitter in Canelo showed that speed truly kills, the big right hand (or left) is not available when the jabs and set-ups aren’t finding range. Floyd is water in there…

Flash Right, Check Hook: The massive and underrated right hand of Floyd Mayweather. As a standard orthodox fighter, Floyd has made southpaws pay time after time with his lightning right. Manny Pacquiao suffered the fate of the counter right all night long, and he wouldn’t rush Floyd for 12 rounds because of it. Against Zab Judah and Mosley, Floyd was able to do the same thing…in fact when Floyd fought at 140 (and called himself Pretty Boy), he was able to switch stances at will and usually did so mid way through fights. The check hook is also a lethal weapon for men who don’t close distance well. Again, to find Floyd you must set him up…but no one can set up what they can’t predict.

Experience & Mental Edge: The number one point to be made here is experience. The ring time vs. cage time is hardly comparable, and the fact that is a boxing match dampens the martial artist’s chances at victory even more so. A huge ploy in many Floyd fights is to dominate the opponent mentally, break him down with personal blows and insults, and come fight night exploit the emotion and break him down physically. Conor in fact employs most of those tactics in his own sport, but this is not his game. In fact, Floyd seemed undeterred by Conor’s talk and threats, and although neither man had much to say, neither seemed shaken by the other’s remarks. Floyd is a 40-year-old man seeking a legendary 50-0 record, never been broken.

‘TBE’, ‘Money’, Floyd: many monikers for one man. At the end of the day, it doesn’t matter if you like Money May, all that matters is that you respect him. He may never get the acknowledgement of greatest from fans as he was never a finisher, he never ‘went for it’. Is it more impressive that Marciano hit 49-0 in eight years and amassed a 43 knockout rate in that time? Or is it more of a feat at 40 years old to step out for a 388th round to show the most immaculate defensive boxing has ever seen?

Different strokes it seems, for any engagement. Respect for Conor must be shown as well. He is stepping out of his element, and regardless of money, he is risking a lot in terms of legacy and simply backing himself up. The boxing game is not the mixed martial arts game, both are fighting, but it’s the small things that always matter most.

There is a reason Gorillas don’t live in the Ocean…