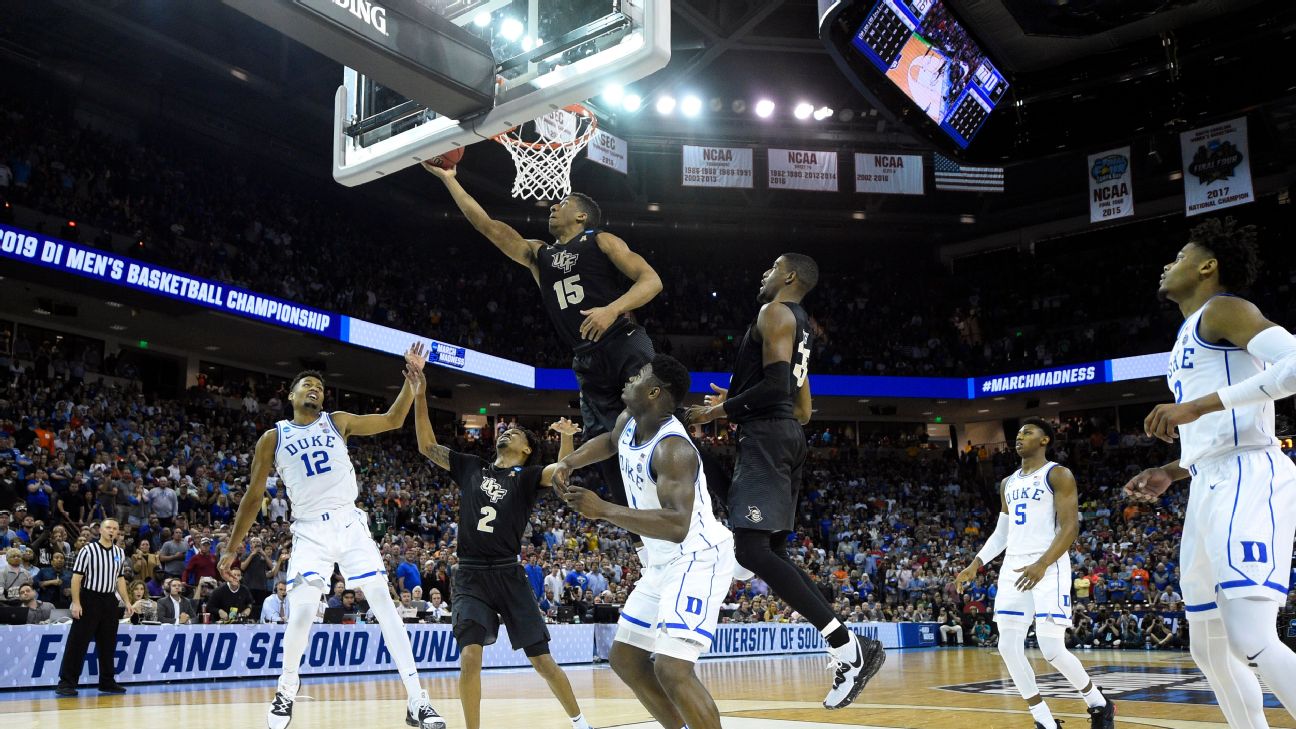 With the first weekend of the NCAA Tournament in the books, here are some key takeaways from the action so far, and some things to watch for as the madness rolls on into the regional games next weekend.

Cream Rises to the Top

March Madness gets its name from the upsets, bracket busts, and chaos that ensues in the tournament seemingly every year. While there were some surprise results and fun storylines from the first weekend, the superior teams ultimately prevailed by weekend’s end. 14 of the teams who will take the court for a Sweet Sixteen matchup this week hail from the top four seed lines in their respective regions. Auburn is the second-lowest remaining seed in the field, as a 5.

A glance at the Sweet Sixteen field also gives a good picture of which conferences were perceived to be the best all season long. The ACC once again remains the top dog with five teams heading to the second weekend. The “Big Three,” if you will, from both the SEC and Big Ten are also all safely through the first weekend. Add in the SEC Tournament champs and the Big 12 regular season co-champs, and you nearly have the entire field of 16. Here is a breakdown of the conferences and teams that will be representing them in the regional semifinals:

We knew before the Second Round even began that there would be at least one double-digit seed would reach the Sweet Sixteen, thanks to a wild day of first round action in San Jose on Friday. Chaos ensued in the South Region games, where 12th-seeded Oregon dominated 5th-seeded Wisconsin 72-54, and 13th-seeded UC Irvine took down 4th-seeded Kansas St. 70-64. The Ducks and Anteaters squared off in a matchup Sunday night to advance to the second weekend of the tournament. UC Irvine started the second half on a 16-0 run to take the lead, but it was all Oregon over the final 13 minutes of action, as the Ducks took control and earned a comfortable 73-54 win.

Despite hailing from the PAC-12, Oregon only made the tournament by virtue of their conference tournament victory. They are currently one of the hottest teams in college basketball. Sunday’s win was their tenth in a row, despite having to play the entire second half of the season without star forward Bol Bol. Dana Altman knows how to win in the NCAA Tournament, and suddenly, his Ducks have gone from being NIT-bound to the Sweet Sixteen. And they had to end the Big West Conference champion Anteaters’ 17-game winning streak to do so.

Oregon is the outlier of the bunch in terms of the remaining 16 teams in the NCAA Tournament field. They are the only team who came in with a seed number below the five-line. The Ducks’ next opponent is the Virginia Cavaliers out of the ACC, the number one seed in the South Region. We will find out Thursday if the dream run will continue.

One of the unique components in college basketball this year has been the handful of mid-major programs that have gotten deserved recognition for simply dominating their schedules and conferences. Even if Buffalo (MAC), Wofford (SOCON) and Murray St. (OVC) had not won their respective conference tournaments, all would have likely been in the NCAA Tournament field, as fellow OVC team Belmont proved by earning an at-large invitation. Buffalo and Wofford were given great respect on the seed lines, earning 6 and 7 spots respectively. Murray St. had to be the most popular upset pick of the First Round, boasting top-5 NBA prospect Ja Morant from their position on the 12-line. While none of these teams are playing into the second weekend, they all left their mark in a big way on this year’s edition of March Madness.

All three of these dominant mid-major programs extended their stays in the Big Dance into the Second Round and proved that the hype was no joke, by each taking out a Power 6 opponent. Buffalo was playing at warp speed on their way to a 91-74 victory over Arizona St., and former Bulls coach Bobby Hurley out of the PAC-12. Wofford survived every punch Big East representative Seton Hall threw their way, before slamming the door shut late and earning an 84-68 win. The Terriers also celebrated some history in the triumph, as senior guard Fletcher Magee broke the record for most made three-pointers in NCAA Division I basketball history. Finally, Murray St., led by a triple-double showing from Morant (17 points, 16 assists, 11 rebounds), buried another Big East team, Marquette. The Racers had four players in double figures on their way to an 83-64 blowout win.

While the First and Second Rounds certainly had their upsets and Cinderellas, one couldn’t help but notice the number of blowouts that took place. A handful of tight, thrilling finishes were outnumbered by a multitude of non-competitive endings. Here is a closer look at the statistics from and possible causes of so many first weekend non-competitive games.

What is particularly interesting, however, is that is you take the 12 matchups on those seed lines out of the picture, you still end up with ten First Round games that were decided by double-digit margins. Even the 8-9 and 7-10 matchups, known to historically produce some of the best games in the tournament because of the relatively even-matched teams, managed to produce five double-digit final margins this year.

The Second Round saw 11 out of 16 games be decided by 10+ points. Eight of those games ended with margins of 15 or more, and five were full on 20+ point blowouts. When it comes to looking into the Second Round blowouts, chalk prevailing is the most logical explanation. All but two of the 16 teams advancing on to the second weekend of play are a top-4 seed in their respective region. With all four 1’s, 2’s and 3’s moving on, they all, for the most part, handled their inferior opponents with ease in the Second Round.

Another cause for Second Round blowouts were some of the upsets that took place in the First Round. Murray St. handled Marquette with ease, but their lack of size was no match for Florida St. Buffalo’s fast-paced offensive style was shut down by the stout defense of Texas Tech. And while they held the lead in the second half, UC Irvine just did not have the athleticism to hang with Oregon for a full 40 minutes.

With the stakes rising and the playing field becoming more level amongst the top teams in the bracket, there should, in theory, be more tight games on the scoreboard. It will be interesting to see if this is indeed the case, as the tournament continues.