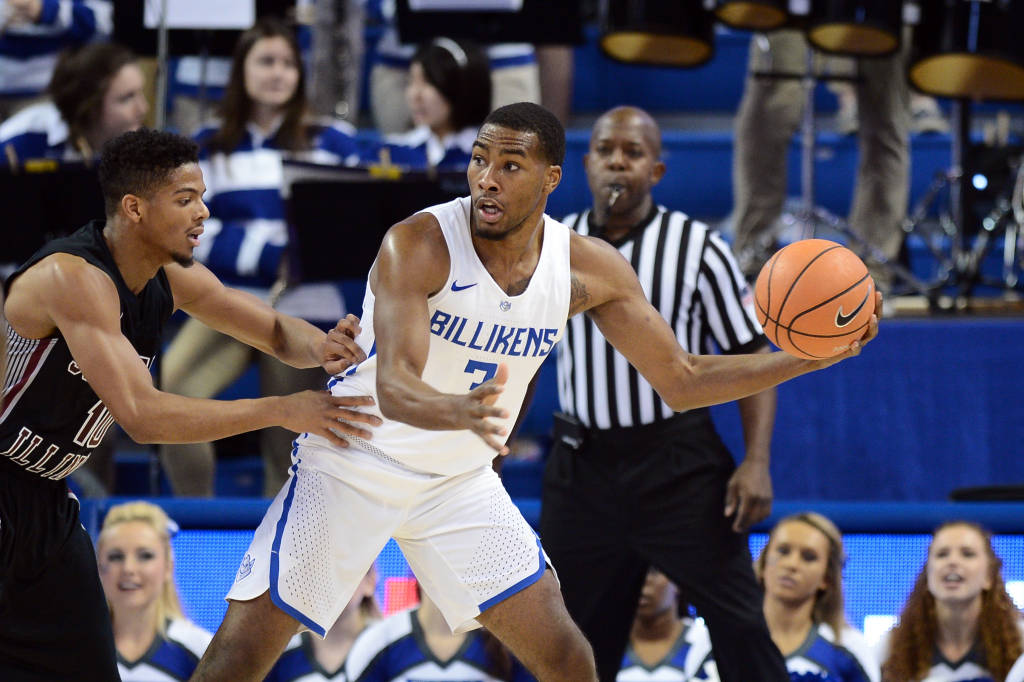 Don't sleep on Javon Bess and the Saint Louis Billikens when picking your bracket! (Credit: AP)

As the NCAA Tournament takes the nation by storm this Thursday and Friday, it is worth your while to prepare in advance for the craziest of outcomes. You may want to play it safe and think it will be a sunny chalk year, but be warned, there are several first round matchups that could spawn shocking results, a handful of mid-major teams who are poised for serious runs, and even a Power 5 conference tournament winner looking to wreak havoc. So to help you prepare your bracket for the worst of March storms, here are the games I advise you monitor closely.

CLICK HERE for how to pick March Madness upsets

Despite losing star Bol Bol for the season to injury, Dana Altman has his Oregon Ducks (23-12) flying high and back in the NCAA Tournament. Oregon enters on an eight-game winning streak, which includes their four-day run to the Pac-12 Tournament title last week. The conference has been shunned all season, with no team being overly impressive or pulling away from the pack. The Ducks entered their conference tournament as the six-seed and wound up destroying top-seeded Washington in the title game. Stout defensive play (17th in points allowed) combined with steady guard play from Payton Pritchard and Louis King are the keys that drive the Ducks. Those attributes are particularly appealing in this matchup with a Wisconsin (23-10) team that rarely surpasses 70 points a game, even in wins. Expect Oregon to swarm Badgers’ standout Ethan Happ and force other players to step up in what will be a low-scoring affair.

Watching the Kansas St. Wildcats (25-8) earn a share of the regular season title in the daunting Big 12 Conference was enough to convince me that their Elite 8 run last March was not just the product of UMBC turning the bracket upside-down. The asterisk on this team is the recurring foot injuries of senior forward Dean Wade. Wade barely played in last year’s tourney run, missed this year’s Big 12 tournament, and is questionable for March Madness. I dare say the Wildcats have their work cut out for them in the first round with the UC Irvine Anteaters (30-5). The regular season and tournament champions from the Big West Conference enter the Big Dance on a 16-game winning streak and rank 19th in points allowed per game (63.3). Any 30-game winner can’t be taken lightly. If Kansas St. is without one of its senior leaders, they could be in serious jeopardy.

The Mississippi St. Bulldogs (23-10) put together an impressive non-conference portion of their schedule, picking up wins over tournament teams St. Mary’s, Cincinnati and Wofford, as well as a just-miss bubble team in Clemson. However, the failure to beat any of the big boys in the SEC led to just a sixth-place conference finish and a spot on the ever-dangerous five-twelve line in the NCAA Tournament. Liberty (28-6) dueled with Lipscomb all season long for superiority in the Atlantic Sun Conference. After splitting regular season meetings, the Flames took the rubber match in the conference championship game to qualify. Liberty ranks sixth in points allowed per game (60.8) and will need to slow down Quinndary Weatherspoon and Co. to have a chance. A sound statistical defense combined with the Bulldogs’ tendency to turn the ball over could be a recipe for madness.

There is nothing sexy about the Saint Louis Billikens (23-12). They only made the NCAA Tournament by virtue of their Atlantic 10 Tournament championship, after finishing sixth in what was a weak conference. SLU boasts a trio of players averaging double figures in scoring, led by Michigan St. transfer Javon Bess. Yet, the team only averages 67.4 points per game. So what has me sniffing around this matchup with the Virginia Tech Hokies (24-8) for an upset? Start with the Billikens sporting the 25th best defense in terms of points allowed. Then, look at their ability to consistently play and also win close games. This was true out of conference as well, where Saint Louis earned narrow victories over Oregon St. and Seton Hall while falling to Houston by just four. A bounce here or there and anything can happen in a close game in March. VA Tech sports impressive wins and statistics of their own, but this won’t be as easy a game as some may believe.

A late season swoon cost Marquette (24-9) the regular season Big East title and dropped their NCAA Tournament seeding to the 5-line. Led by star guard Markus Howard, the Golden Eagles are as legit a 5-seed as you’ll get. The problem is the Murray St. Racers (27-4) are about as legit a 12-seed as you’ll find as well. Boasting their own pro prospect in Ja Morant, the Ohio Valley Tournament champions play at a furious pace, averaging over 83 points per game. They rank better in both team offense and defense than Marquette and come in having won 11 straight (compared to Marquette’s losing five-of-six). Look for plenty of offensive fireworks, a fun matchup between two star guards, and for a Racers win in this West Region tilt.

Kalvin Sampson’s Houston Cougars (31-3) put together a remarkable season in the American Athletic Conference. The non-conference schedule included wins over fellow tournament teams Utah St., Oregon, LSU, and Saint Louis. The only losses Houston suffered all season came to the other three March Madness teams in the American: Temple, UCF, and Cincinnati in the conference tournament championship game. The Cougars sport a top-10 defense and Corey Davis Jr. leads a prolific offensive attack that scores over 76 points per game. So why should you even consider giving the 14th-seeded Georgia St. Panthers (24-9) out of the Sun Belt Conference a chance? Let’s start with the fact that GSU averages over 77 points per game. I expect guard D’Marcus Simonds to go toe for toe with Davis. While the Panthers’ defense ranks in the back half of Division I in points allowed, anything can happen under the bright lights of March Madness. Houston is a trendy pick to make a run, but crazier things have happened.