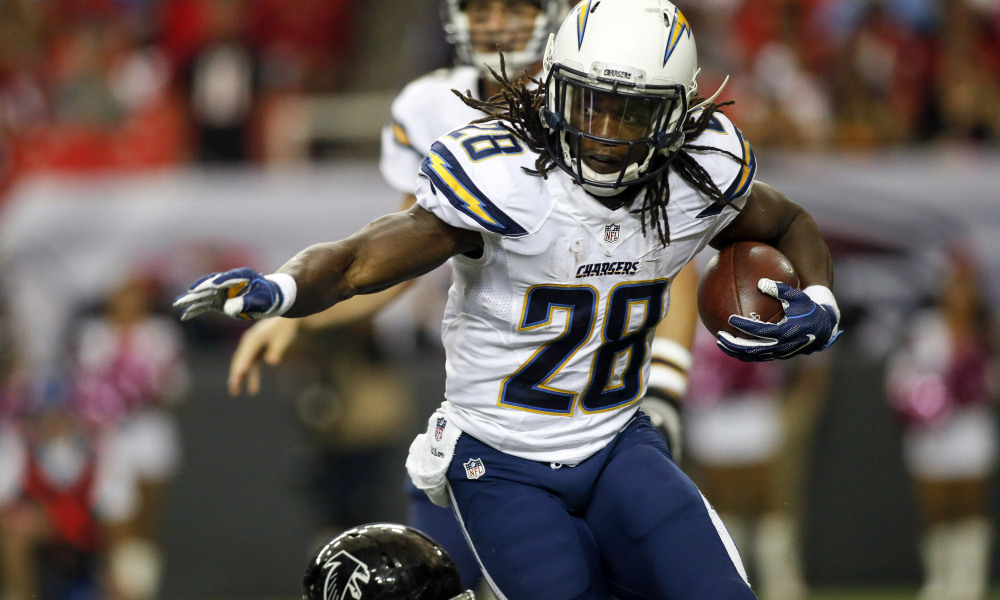 The Chargers’ over/under currently sits at 10.0, after they went 12-4 last season. With the uncertainty in the backfield and the improving division around them, the Chargers’ win total is placed a couple games lower than last season. However, they will still compete for the top spot in the AFC.

Philip Rivers always seems to be projected around the QB15 ADP he is this season, but he also usually outperforms it. His biggest hurdle this season is the team’s pace, as they were 28th in offensive plays last season. For his pass-catchers, he gets his top tight end back, after Hunter Henry missed last fantasy season with a torn ACL. He is expected to be a big part of this offense, shown by his ADP of TE6.

Keenan Allen returns as the team’s top receiving threat. After finishing as WR12 in his second consecutive full season, Allen is currently going as WR9. We got a glimpse of the dominating receiving threat Mike Williams could be last season. He finished the year as WR32, catching only 43 passes. The GM said Williams has 100-catch potential this season. This seems a bit high, but it would’t be surprising to see him nearly double his total, catching 80 passes. If this were the case, his ADP of WR27 makes him underrated. The third receiver is Travis Benjamin, who is undrafted, but possesses interesting upside in this offense, especially given the two guys ahead of him.

Oh boy, this backfield has taken a turn recently. Melvin Gordon may hold out into the regular season, looking for a new contract or a change of scenery. With a current ADP of RB7, it’s the Le’Veon Bell situation all over again. For those risky enough to draft him, pairing him with Austin Ekeler is a must. Going as RB39, Ekeler already had value as the third down back. However, he is also a true handcuff. In the three games Gordon missed last season, Ekeler had 130 snaps, 40 carries and 20 targets, compared to Justin Jackson‘s 40/17/4. Ekeler has also averaged 0.12 catches per snap in his career. If Gordon doesn’t play this season, we can make a safe assumption of Ekeler’s 35% snap share rising to 65%, which would equal about 75 catches this season, based on last season’s snap total for the Chargers. As you can see, this is a situation to monitor, but there is value to be had.