Kyrie On His Way Out of Cleveland? 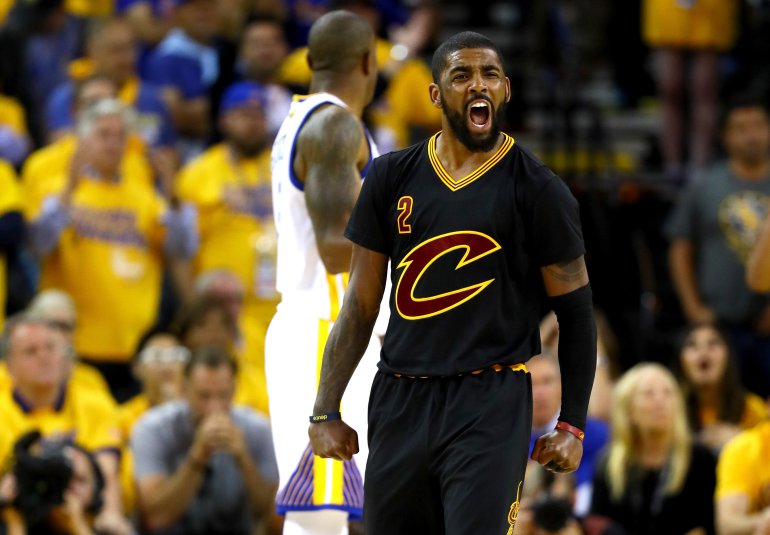 Kyrie Irving no longer wants to play alongside LeBron James:

Is Cleveland’s long run of Eastern Conference dominance about to end? It certainly seems this is possible with the latest rumors surrounding LeBron James and Kyrie Irving. The last image I remember from the NBA Finals was LeBron telling Kyrie, “we’ll be back.” Despite nothing but praise from Kyrie about LeBron, it looks as if he wants to move on to the next chapter of his career. Is Kyrie going to leave LeBron in the dust and force his exit from Cleveland?

Breaking: Kyrie Irving asked Cavs to trade him in a meeting last week, per @WindhorstESPN pic.twitter.com/St1lanBXUO

According to sources, Kyrie met with the Cavaliers front office last week and discussed his future with the team. It seems the loss of General Manager David Griffin is beginning to have a bigger impact than one could have imagined.

It was reported that Irving wants to become a more vocal leader on another team, without the likes of LeBron by his side. He’s looking to become a team’s number one option on offense once again. Irving was the first overall pick in the 2011 draft and has played his whole career in Cleveland. After many losing seasons, he won his first title alongside LeBron two years ago, capping a historic comeback down 3-1 to the Warriors. This move is surprising due to the fact the Cavaliers are in the East and seem to have an easy path to the Finals once again next season.

Possible destinations that Kyrie reportedly prefers are the San Antonio Spurs, New York Knicks, Miami Heat, and Minnesota Timberwolves. After learning and watching LeBron for a few years now, it looks as if Kyrie wants to become a leader on his own team. With three years left at $60 million on his contract, it would seem a trade would be difficult to pull off, with multiple teams needing to be involved.

This raises another question, whether or not Irving is a player that a team can build around. Before the return of LeBron James in Cleveland, he never showed that he could lead a team to the playoffs, despite being in the Eastern Conference. Over his six-year career, Irving, has averaged 21.6 points, 5.5 assists, and 3.4 rebounds per game, according to basketballreference.com. Overall from the floor, he’s a career 45.7% shooter, including 38.3% from three point land. His talent is incredible and potential is sky-high after just six seasons in the NBA.

Any team that acquires Kyrie will definitely improve, despite his lack of defense. Irving is undoubtedly one of the top pure scorers in the NBA. It will be interesting tracking this story as it develops the rest of the offseason. Will the Cavaliers grant his wish by trading him, or keep him for the remainder of his contract?

Following the Footsteps: The JC Butler Story
D-Rose to Cleveland: Why it Could Work