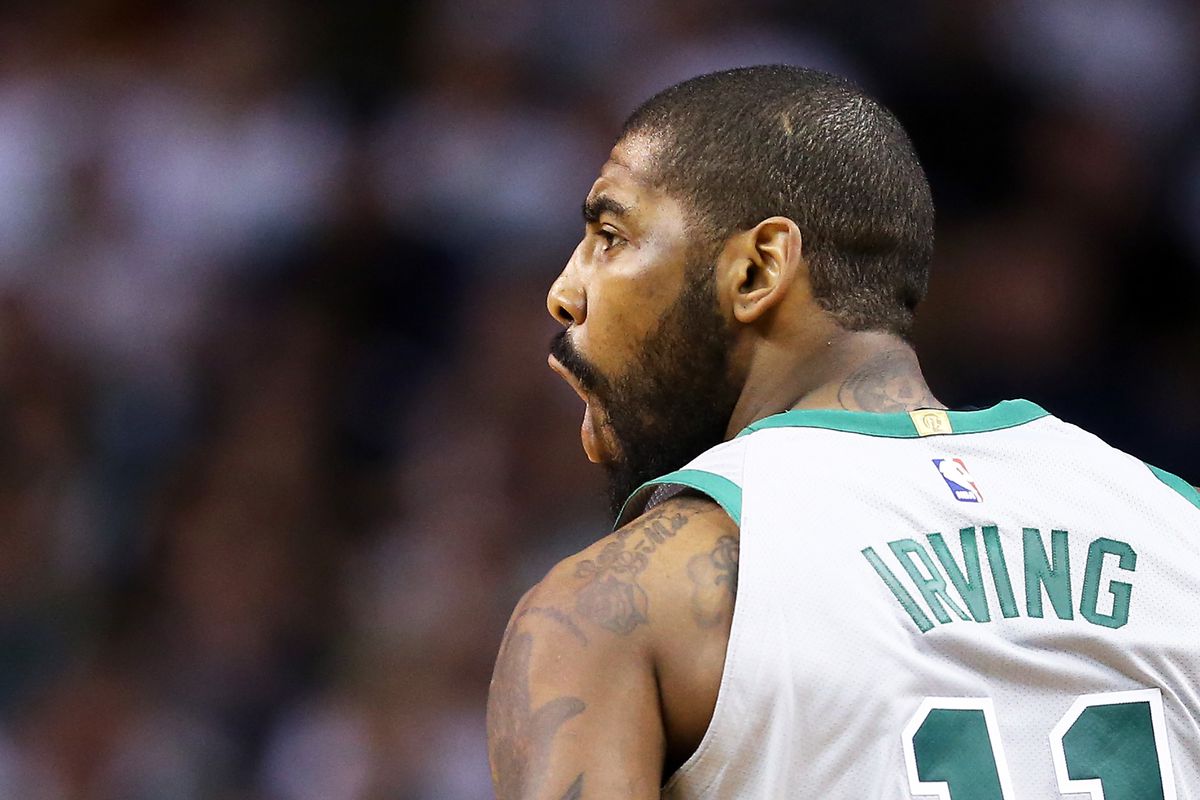 With his amazing team play as well as scoring of late, here’s why Kyrie Irving has snuck his way into the MVP talk.

Kyrie Irving has been on a tear as of late, with multiple 25+ point games, including a career-high for assists (18) and steals (8) this week alone. His play has been one of the many reasons for their latest win streak, along with the return of big man Aron Baynes.

His season averages are 23.5 ppg, 4.8 rebounds, and 6.9 assists. Although he doesn’t score 40+ a night like Harden or grab 11+ rebounds like Giannis, he has a control of the floor and plays team-friendly basketball on both ends. His biggest strength is control of the game. For example, against the Toronto Raptors, he had 27 points and 18 assists, with 1 block and 1 steal. The game went back and fourth for a while, until Irving sealed it by scoring and or assisting to the last 25 points the Celtics scored, including a 35-foot dagger in Kawhi Leonard’s face.

With some of the other contenders having one part of the game as a dominant factor, Kyrie uses every part of his game to go along with the best handles in the league. His ball-handling makes him one of the deadliest iso scorers in the entire NBA.

While there will be stiff competition throughout the rest of the season, he will put the Celtics in great position for a deep playoff run, as long as the team stays healthy and doesn’t change too much after the trade deadline.

How this plays into the postseason

With a certified leader like Kyrie Irving, this team is more dangerous than what the fifth seed in the Eastern Conference shows. With a handful of games before the break, this team can easily sneak into the top three seeds before the regular season is all said and done.

Carmelo Anthony Traded to the Bulls, Will be Released
The Anthony Davis Waiting Game for the Celtics Begins