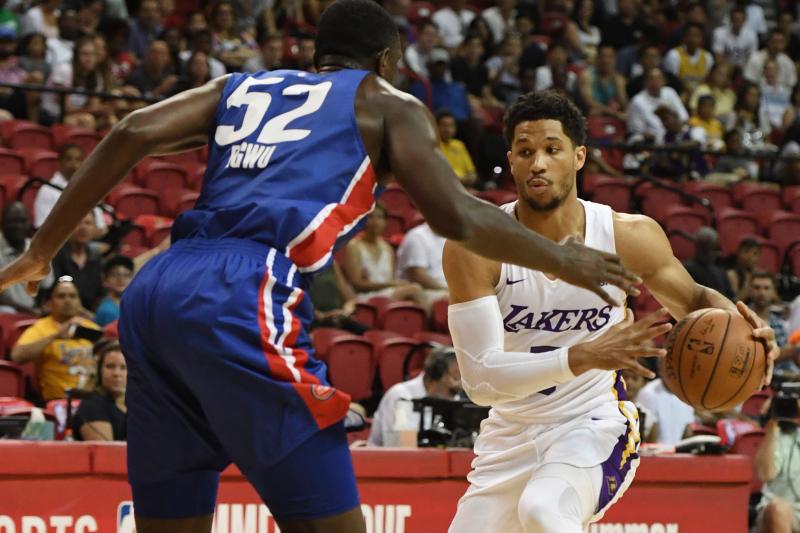 Josh Hart and the Lakers Were Hot

Josh Hart is looking more and more like he has a place on the Los Angeles Lakers in a significant role. On one play from the game, Hart made a diving save to keep the ball in play and then hustled down the court for a sweet transition finish. Hart ended the game with 18 points, but shot just 1-5 from the field. Hart tacked on 2 rebounds and 4 assists to his performance.

LeBron showed up, and Josh Hart immediately started putting on a show for his new teammate.

Bron clapped in approval from his seat on the baseline. pic.twitter.com/YAUBA7kUu5

The leading scorer for the Lakers, Svi Mykhailiuk, put up 19 points on 7-15 shooting from the field. While Hart is looking like a solid backup point guard, Svi can’t expect to make an NBA roster and have a significant role if he is a ‘volume’ scorer in Summer League.

Henry Ellenson and his counterpart Lach Lofton had 21 points each, but the rest of the team did these two guys no favors. As a team, the Pistons shot 35% from the field and just 21% from three-point range. The Pistons offense just couldn’t get anything going, as the team only recorded 12 total assists (the Lakers had 24 for comparison). The Pistons had a sad showing in their final Summer League game, but Khyri Thomas did not play and the Pistons had a solid Summer League overall before Sunday night.