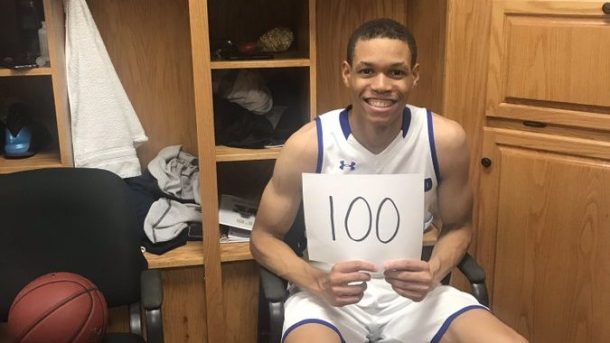 Clearly talent on the court does not stop with Jarrett Culver, a rookie for the Minnesota Timberwolves. Rather, his younger brother, JJ Culver, made national headlines by scoring 100 points in a college game, on Tuesday.

Playing for Wayland Baptist, Culver was feeling it on Tuesday night. He hit on 34/62 shots from the field and 12/33 from long range, ending the night with 100 points, which was a game-high, if you were wondering.

To go along with Culver’s triple-digit point effort, Culver grabbed nine rebounds, blocked two shots, gathered five steals and even earned an assist, since apparently others on the team also scored.

As a senior, Culver leads the team with 36.1 points per game, so there could be other high-point efforts in the future him.