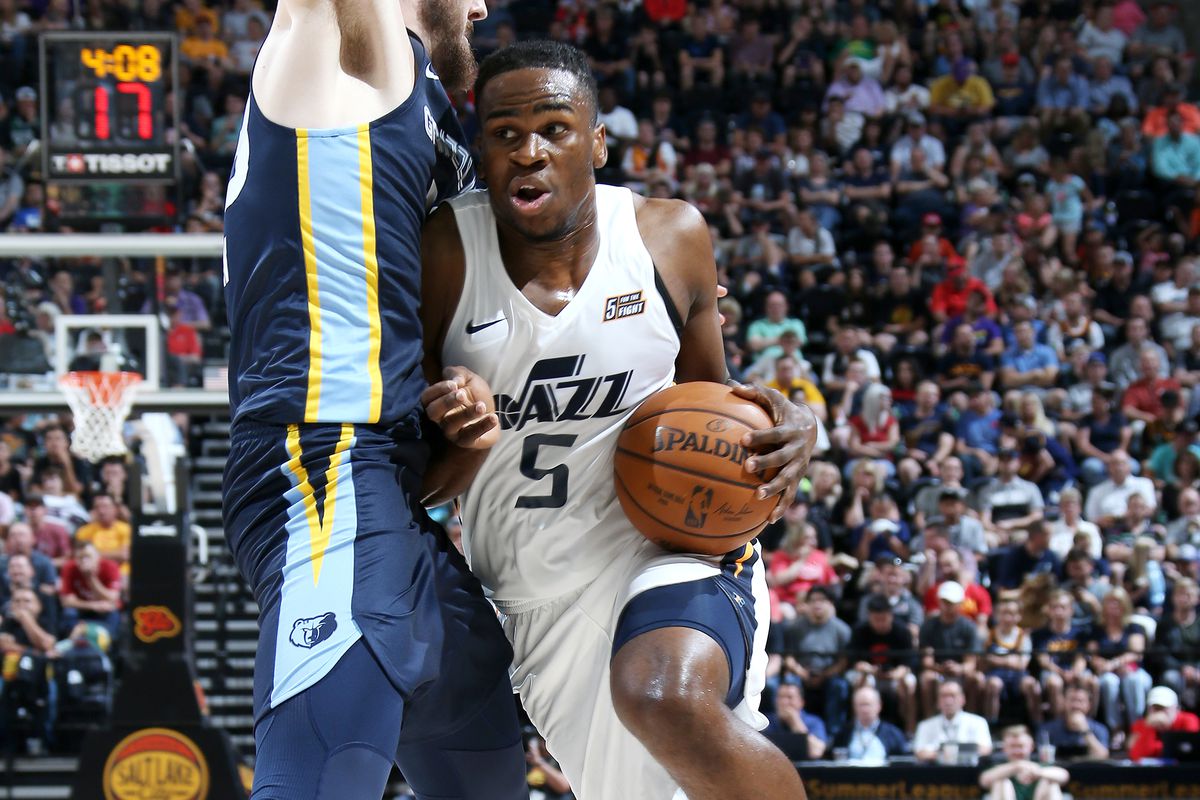 In one of the more competitive NBA Summer League games thus far, the Utah Jazz defeated the San Antonio Spurs 84-81, thanks to a pair of second-round picks, Jarrell Brantley and Miye Oni.

Brantley and Oni Come Up Big

The Jazz used two of their 2019 second-round picks on Jarrell Brantley and Miya Oni, and both rookies showed up in a big way against the Spurs. Brantley put up 16 points and 6 rebounds on 6/14 shooting, including a thunderous dunk in the first half. Oni was equally impressive. His 17 points and 6 rebounds, including a 4/8 performance from deep, helped fuel the Jazz to the win.

Walker IV continues to put up solid numbers for the Spurs. He contributed 19 points and 8 rebounds, but missed a potential game-tying three at the buzzer. He is now averaging 19.5 point in the Summer League.

Jazz G-League veteran Willie Reed came through with a 16 and 14 double-double, dominating younger players in the paint.

Spurs big man Drew Eubanks was also impressive on the interior, putting up 15 and 7.