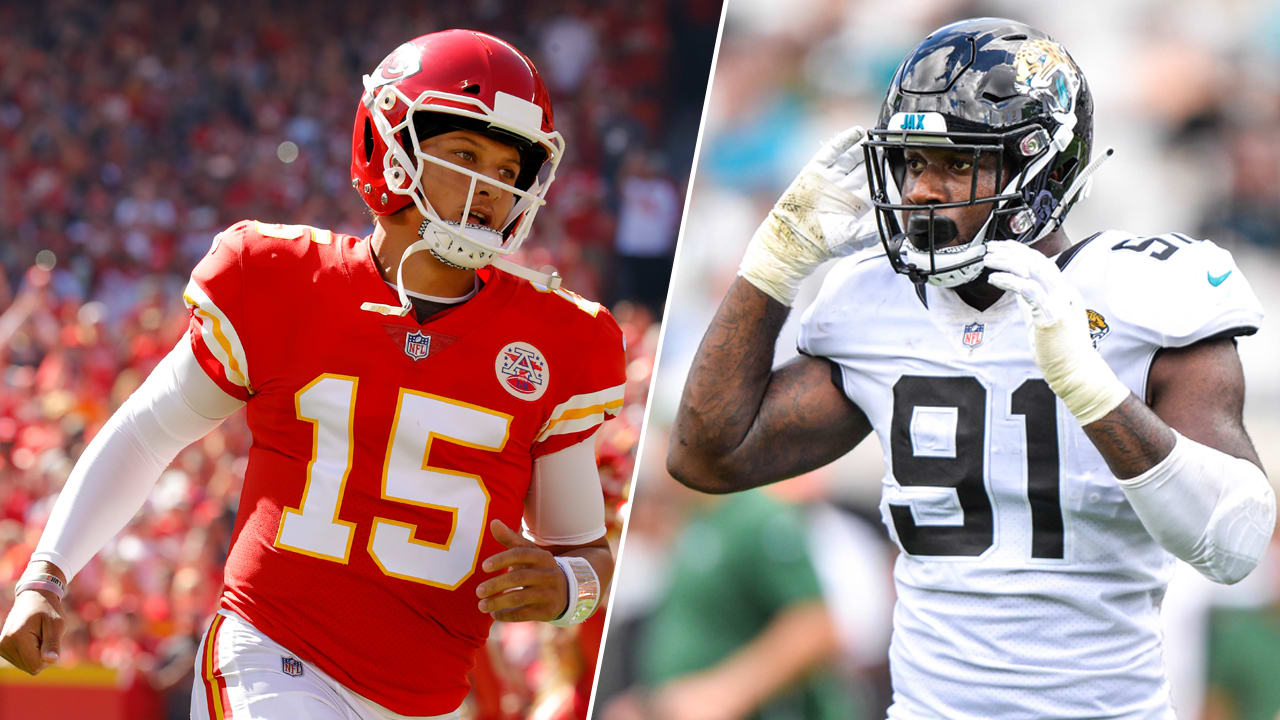 Fans of watching top notch talent on different sides of the ball are in for a treat on Sunday. The Jacksonville Jaguars travel to square off against the Kansas City Chiefs in a game that features one of the top defenses versus one of the most explosive offenses in the league. Kansas City is sitting at 4-0, after completing their comeback win against the Denver Broncos on Monday night. Jacksonville are tied atop their division at 3-1, after they dominated the New York Jets last weekend. The storylines are plentiful, the star power is abundant, and these two heavy hitters are ready to clash on Sunday afternoon.

Patrick Mahomes. This budding NFL star has been, in a word, phenomenal. He has accounted for 15 total touchdowns without throwing an interception in the first four games of the year. He’s completing 65% of his passes while averaging an even 300 yards per game through the air. Above all, his movement in the pocket and his ability to extend plays are reminiscent of a young Aaron Rodgers, or even Brett Favre. Trailing by 10 points and facing his first bit of adversity in the NFL, Mahomes guided the Chiefs to back-to-back touchdowns that helped the Chiefs leave victorious. With all that being said, without a doubt, the Jaguars defense will provide Mahomes with his toughest test to date.

One of these juggernauts will have to give way. With all of the defensive stats the Jaguars have compiled, the Chiefs come in toting the highest scoring offense in the league (36.3 points/game). Aside from Mahomes, the weapons the Chiefs have provide any defense a challenge. Tyreek Hill, Travis Kelce, and Kareem Hunt will have to find ways to make an impact.

Kareem Hunt needs the rock. Not just in the running game either. He is averaging almost 18 carries per game, but only averaging 72 yards on the ground. As we saw on Monday night, catching the ball in the open field is where Hunt can really gash a defense. Only coming into Monday night with one catch, he caught two passes on the final two drives that helped the Chiefs march down the field. Hunt has the ability to break tackles and extend plays in the open field. For the Chiefs to score against this defense, they must get Hunt involved heavily in the pass game.

Tyreek Hill can fly. With his ability to bust big plays in the blink of an eye, Jalen Ramsey and A.J. Bouye will have a difficult match-up outside the numbers. There’s no doubt that these corners aren’t deterred by the threat of Hill, but it is a battle that will be interesting to watch. Hill has become more of a traditional wide receiver this season, in the sense that he will catch the ball underneath to move the chains. His big play explosions will always be the focus of defenses. But, his all-around skill catching the ball, plus his ability to run the ball out of the backfield, Hill will need to have a big day to help the Chiefs put up points.

The Good, the Bad, and the Ugly

Once considered a liability for the Jaguars, Blake Bortles has shown flashes of being a solid NFL quarterback this season. Throwing for over 350 yards in two games, Bortles has had to guide the offense into scoring drives without their lead back Leonard Fournette. Fournette has missed multiple games already, and will miss this match-up due to a hamstring injury that has plagued his young career. Facing a Kansas City defense that has been abysmal at times, Bortles will need to take care of the ball and find ways to move the chains.

One has to assume the Chiefs will score into the 20s in this game, which will force Bortles to put up some points this week. Despite his flashes of success this year, the lone Jaguars loss came when the offense only put up 6 points against the Tennessee Titans. He’s thrown for over 350 twice, while also being held to under 200 yards twice. What Bortles will we get on Sunday?

In the battle of offense versus defense, the offense will prevail this week. The Chiefs will find ways to win a tight game at home thanks to Mahomes extending plays and Hunt finding the end zone.