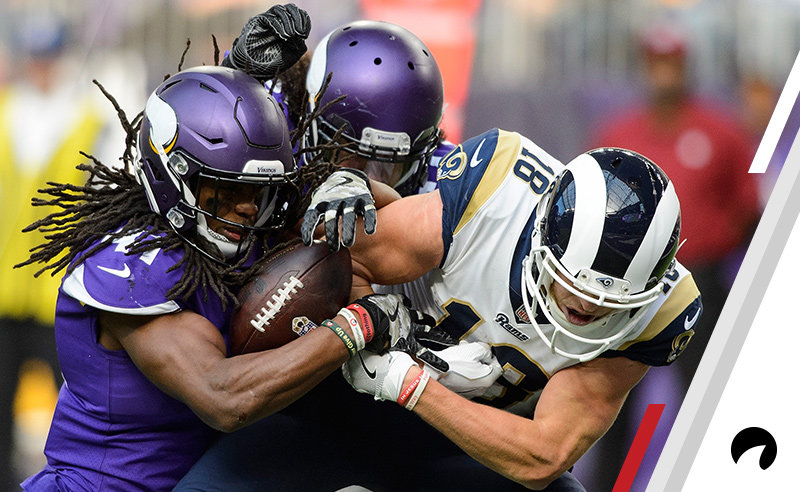 The Vikings offensive line has a difficult job on Thursday night. Michael Brockers, Ndamukong Suh, and Aaron Donald are any offensive lineman’s nightmare. The Vikings line has been suspect, at best, to start the year. Cousins will need stay upright if the Vikings want to compete with the high-scoring offense, led by Jared Goff.

With all of the injuries to the Rams secondary, Cousins and the Viking offense have to exploit the weaknesses that the Rams may have. Adam Thielen and Stefon Diggs need to work their way open to gain big chunks of yards. The downfield passing game was off in week 3 for Minnesota. Cousins, to be frank, was not very good against the Bills. The Vikings will need to score in the high 20’s if they expect to leave Los Angeles with a win.

Jared Goff has been better with each week this season, culminating with a 354-yard and 3 touchdown performance last week. Goff has an abundance of weapons at his disposal. Brandin Cooks, Cooper Kupp and Robert Woods have all been impressive for the Rams this season. With these weapons locked and loaded, the Vikings secondary will need to perform exceptionally. Due to Trae Waynes being questionable, Mike Hughes and Mackenzie Alexander will have their hands full as his potential replacements.

With all of the keys that have been listed above, none of them are more important than Todd Gurley. Gurley already has tallied five touchdowns this season, while racking up 376 all-purpose yards. He’s averaging over five yards per touch on his 73 opportunities this season. Gurley is a monster. The Vikings’ defense was considered one of the best entering the season. They will be tested in all facets on Thursday night.