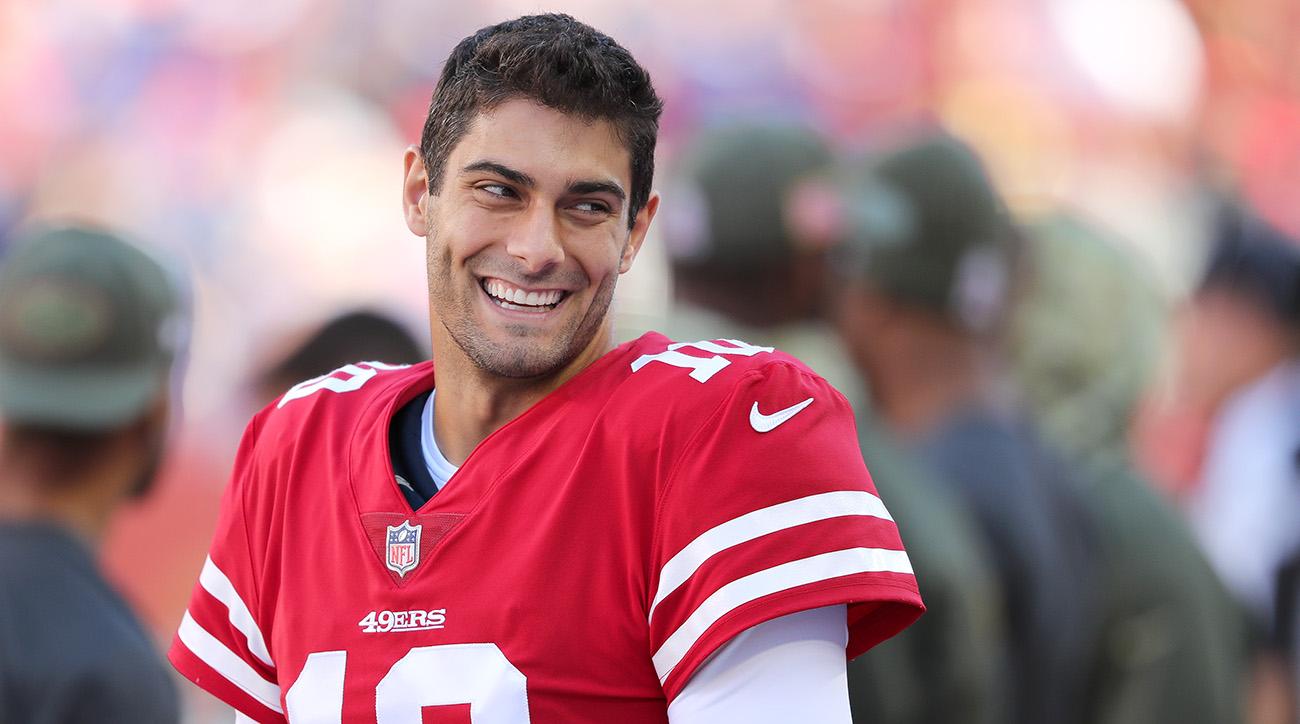 Some of you might think that I am crazy by having a 49ers game be the jackpot game of the week with how good their defense has been, but due to some injuries and recent vulnerability, I really like this game to provide fantasy production.

The 49ers have been elite against the RB position, but due to Devonta Freeman’s season struggles, I don’t think you are expecting much from him to begin with. In the last five games, the 49ers are allowing only 17.2 points per game to RBs, but in that stretch, they are allowing four receptions per game, which I think is the indicator to keep Freeman in the low end RB2 category this week.

By the points per game allowed to the WR position, it may seem as if there isn’t enough opportunity for Julio Jones and Russell Gage (Calvin Ridley injured), but due to the recent injuries to three starting defensive backs (Richard Sherman, Jaquiski Tartt and K’Waun Williams), I see plenty of opportunity here. If we want to put a projection on Julio against this beat up defense, I think it is safe to place him around what Davante Adams did a few weeks back, with a 7-43-1 line.

The 49ers, in the last five games, have been in the top 10 in points allowed to TEs, with 15.1 points per game. Against teams where a TE is a key focal point of the offense (Jared Cook, Mark Andrews, Jacob Hollister) all of those TEs put up solid lines. With the injuries mentioned above, I think this brings Austin Hooper back towards a top weekly TE play on the week.

Jimmy Garoppolo has been on fire the past few weeks and there is no reason for him to slow down with the matchup laid in front of him. In the past five games, the Falcons are allowing 21.7 points per game to the QBs, allowing 27.45, 31.6 and 23.05 over the past three games. This defense has no answer in stopping powerful offenses and there will not be an answer to keeping Jimmy G out of the top 10 this week.

It has been hard to predict who the top RB is for this team, but in the past couple weeks, the role has shifted towards Raheem Mostert, and this week Shanahan came out and said that Mostert has earned the starting role. The Falcons have been in the middle of the pack in terms of fantasy points allowed to RBs, but due to the explosive nature of the 49ers’ offense, Mostert needs to be placed into all lineups this week. Mostert is a RB2 with huge upside this week. If you need a shot in the dark flex play, Matt Breida saw seven opportunities in his first game back from injury. He ran for nine yards per carry last week.

The Falcons have allowed only 30.5 fantasy points to opposing receivers in the last five games, but if you look at the individual matchups for Emmanuel Sanders and Deebo Samuel, then you have no need to worry. Due to the placement of starting corner Desmond Trufant on IR, Sanders has been given a 23% matchup advantage and Samuel has been given a 22% matchup advantage, placing them easily in the do not sit list for fantasy this week. George Kittle has been nothing short of elite this season and he will not slow down this week. On paper it is a tough matchup for Kittle, as the Falcons are only allowing 11.5 points to the TE position in the last five games. This number is a little inflated, as they are allowing 56.6 yards per game in the last five, but only one touchdown in that stretch makes the average much lower. Kittle is the number one receiving option on this team, so I have no doubt that he will have another top-five finish again this week.