With three weeks down in the 2022 fantasy football season, it’s time to start looking elsewhere if the quarterback you drafted is still struggling. If you drafted guys like Russell Wilson or Jameis Winston, it’s time to cut your losses and finally solve your quarterback problems for good. The best part of streaming is that if it doesn’t work one week, you have a clean slate for the next. We went 2/3 last week, hitting on Marcus Mariota and Jared Goff, and I think you’ll see them pop up multiple times throughout the rest of the season. Without further ado, here are your fantasy football Week 4 QB streamers. 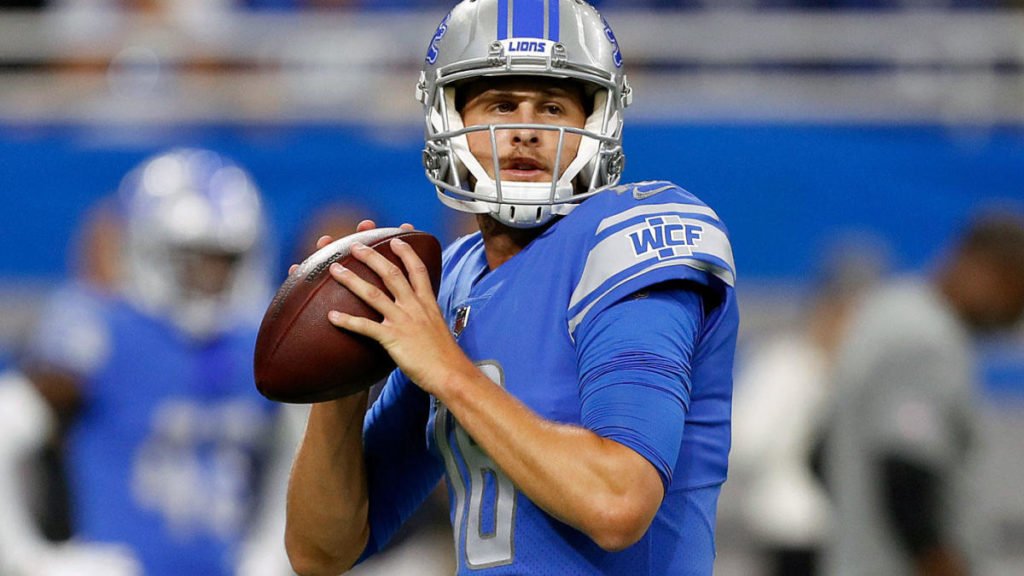 Let’s be honest, looking at your team and seeing Jared Goff at quarterback is a little ugly. However, Jared Goff fantasy football owners know he is getting the job done this season. With the injury to D’Andre Swift, the Detroit Lions won’t be able to constantly rotate their running backs and will have to start to lean on the passing game a little more.

Through three games this season, Jared Goff is fantasy football QB11. With a likely boost in passing plays, Goff should be able to stabilize himself as a fringe top-10 quarterback. This week, it gets even better for Goff, as he faces off against the Seattle Seahawks at home. Seattle’s defense is ranked 17th against quarterbacks. Seeing they’ve faced Russell Wilson, three quarters of Jimmy Garoppolo and Marcus Mariota, Seattle’s defense isn’t impressing anyone. While these three quarterbacks are solid players, most would expect the Seahawks to be better than simply middle of the table. With the Lions having arguably the best receiving corps of the three, Jared Goff should be able to find success at Ford Field. He is among the top fantasy football Week 4 QB streamers.

Trevor Lawrence is currently QB10 and doesn’t show any signs of slowing down. Outside of a “meh” performance in Week 1 against the Washington Commanders, Lawrence has thrown for 497 yards and five touchdowns with no turnovers. The Jacksonville Jaguars look like a completely different team under head coach Doug Pederson. It’s easy to see why some dub him the “quarterback whisperer.”

In Week 4, the Jaguars face the Philadelphia Eagles on the road. While the Eagles have been superb so far and are the sixth-ranked defense against quarterbacks, it’s important to remember how they looked in Week 1 against the Detroit Lions. The Lions rushing attack gashed the Eagles and put up 35 points. Jared Goff put up a modest 15.5 points even with throwing an interception. The Jaguars’ rushing attack has been solid as well and they have arguably just as many receiving weapons as the Lions. Lawrence should be able to at least give fantasy owners a solid floor in Week 4, making him a solid fantasy football Week 4 QB streamer.

Last week, Marcus Mariota was on this very list and put together a solid performance, with over 15.5 points. The most impressive thing about that is that he attempted just 20 passes. Through three games this season, Mariota has either thrown for multiple touchdowns or scored on the ground. Mariota’s “worst” game was Week 2 against the Rams defense in which Mariota still put up just under 13.5 points with a late interception hurting him.

This week, Marcus Mariota faces off against a Cleveland Browns defense that will likely be out Myles Garrett. Even with Garrett, the Browns are the 23rd-ranked defense against fantasy quarterbacks. Without the pass rush, Mariota should be able to have plenty of time to throw or scramble if needed. Mariota once again has a very stable floor this week, making him a great option amongst the fantasy football Week 4 QB streamers.