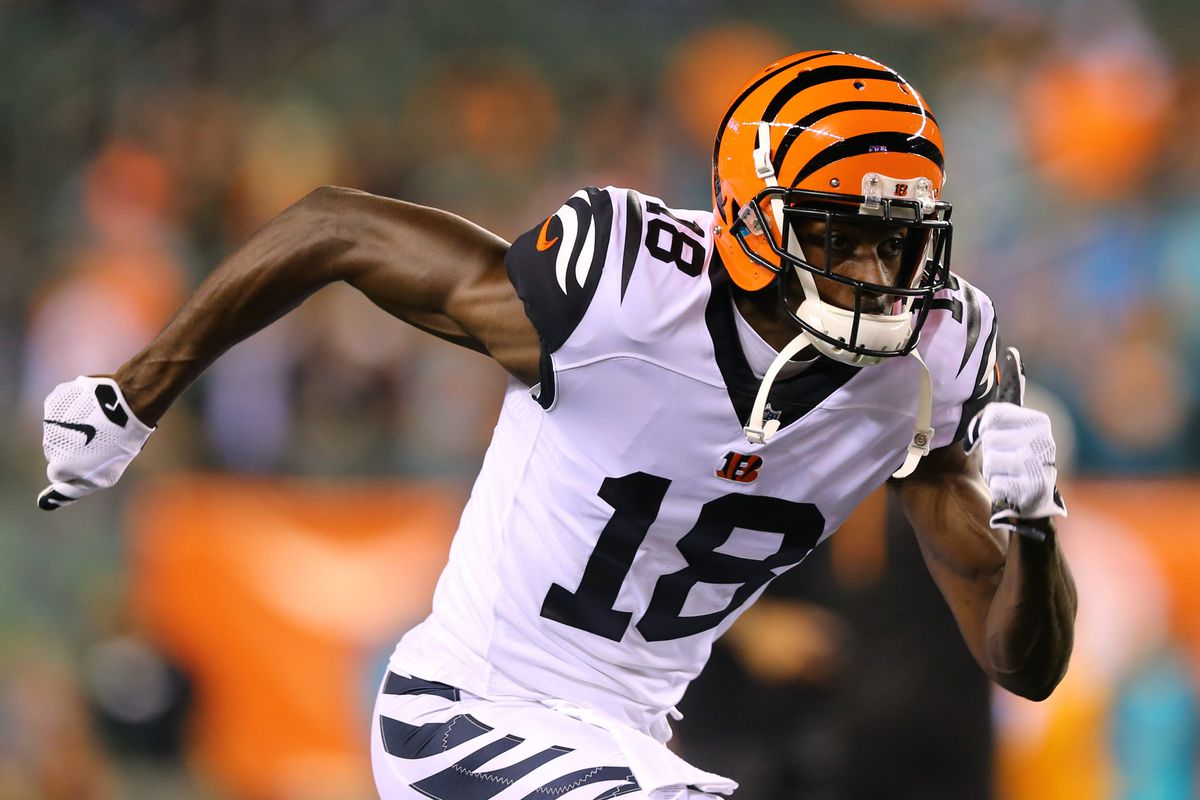 The following three players left their fantasy owners disappointed in 2018. Looking ahead to the 2019 season, each of these big-name veteran NFL receivers have the potential for a bounce-back season.

When healthy, A.J. Green is one of the top fantasy wide receivers in the NFL. The 2018 season was full of injuries for the Bengals receiver, as he played in a career-low nine games. He also posted career-lows in targets, receptions and receiving yards. Prior to his injuries (Week 1-8), Green was the WR8, but finished the season as WR44.

As for the 2019 season, Green for the first time in his career has a head coach not named Marvin Lewis. Having a new offensive-minded head coach (Zac Taylor) should lead to more opportunities and creative ways to get the ball into Green’s hands. If he can play a full 16-game season, Green is a locked-in WR1, with top-five potential.

It is hard to find a more consistent wide receiver in the NFL than Larry Fitzgerald. In 2018, however, Fitzgerald had less than 100 receptions and 1,000 yards for the first time in three years. His drop in production was not only a result of Fitzgerald aging, but also a very stagnant offense. With that being said, he still managed to finish just outside of a WR2, finishing as the WR25.

The career of Fitzgerald may be approaching its end, but that is not the case for his potential 2019 fantasy production. The Cardinals made major upgrades to their offense, by hiring an air-raid style head coach in Kliff Kingsbury and a new quarterback in Kyler Murray. There will be some young talented rookie receivers challenging Fitzgerald, but he should be the favorite target of Murray to begin his NFL career. Rookie quarterbacks need a reliable target, and no one fits that mold better than Fitzgerald. It very well could be his last season of fantasy relevance or even his last season in the NFL, but 2019 has the potential to be a bounce-back year for Fitz.

Since the beginning of his career, Watkins has always been a high-potential player who has not quite put it all together. In 2015, Watkins gave fantasy owners a glimpse of that high potential, with a season total 1,047 receiving yards and nine touchdowns. Since that season, however, he has not put together a season with more than 593 receiving yards.

So, why is he a bounce-back candidate for 2019? The answer is quite simply opportunity. With the status of Tyreek Hill still somewhat in the air for the 2019 season, this leaves Watkins with more targets in one of the highest-powered offenses in the NFL. While some fantasy owners may have given up on Watkins, it is important to recognize the opportunity in front of him. Hill accounted for almost 1,500 receiving yards and 13 total TD’s in 2018. If Hill were to be suspended, his targets and opportunity must go to other players. In fantasy football, opportunity can be more important than the talent of the player. The 2019 season could be a major bounce-back year for Watkins.