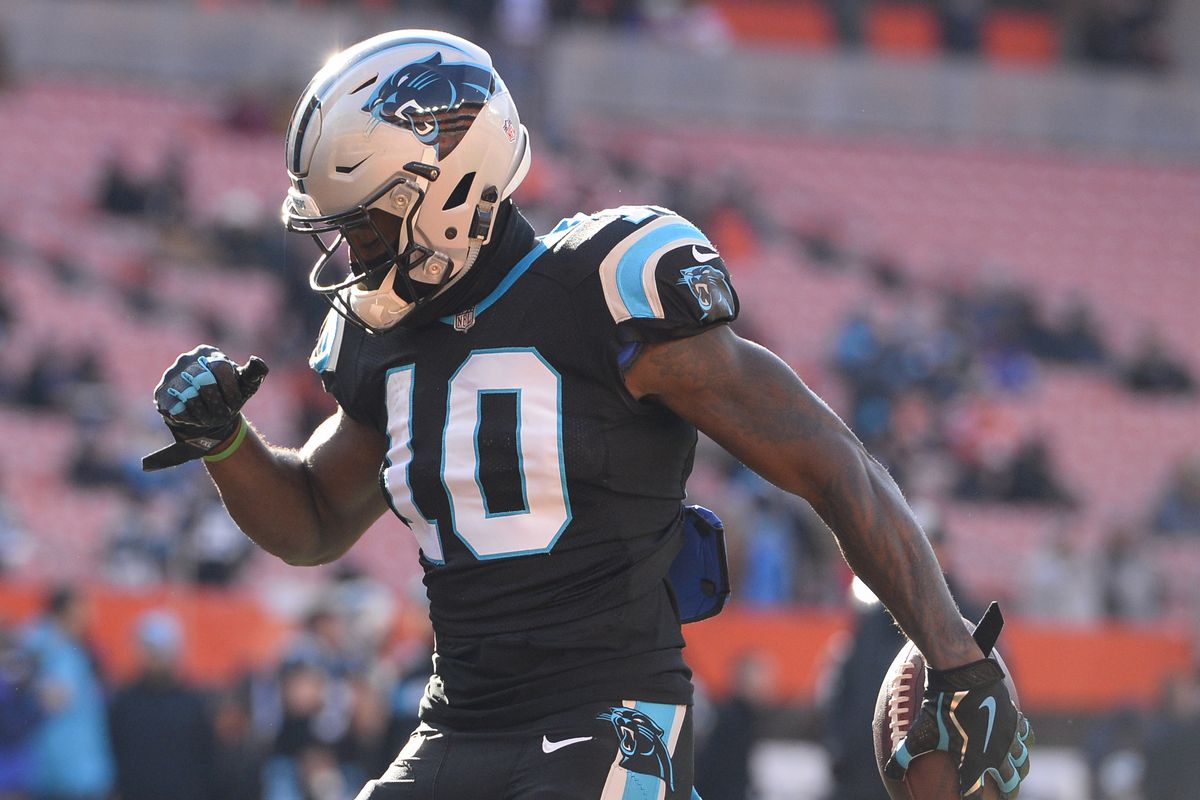 Every year, owners are looking for the mid-to-late-round running backs that can help push them towards a fantasy championship. However, this season there seems to be a lot of value in the mid-to-late-rounds at the wide receiver position. Two of the wide receivers that have been getting a lot of hype this off season are Dede Westbrook of the Jacksonville Jaguars and Curtis Samuel of the Carolina Panthers. Westbrook and Samuel are currently being drafted in the eighth and ninth rounds, respectively. Both third-year wide receivers have produced in the NFL already and find themselves in a better position to succeed this season.

After being drafted in the 4th round of the 2017 NFL draft, Westbrook suffered an injury that would require surgery and caused him to miss the first 9 games of the season. He did not get onto the field until week 11 following the injury of their number 1 WR Allen Hurns the previous week. Over the remainder of the season Westbrook had 51 targets for 339 yards and 1 touchdown with a 52.9% catch rate.

In 16 games in 2018 Westbrook led the Jaguars with 101 targets for 717 yards and 5 touchdowns with a 65.3% catch rate. Per Warren Sharp, when targeting Westbrook the quarterback rating was 90.2 and he was successful on 50% of those plays, which were both improvements from the previous season. When targeted in 2017 the quarterback rating was 72.3 and the plays were successful only 41% of the time. These rates were with his targets coming from Blake Bortles and Cody Kessler, who both ranked outside of the top 32 in passer rating on the year.

Westbrook should be receiving higher quality targets from Nick Foles who has shown his affinity for his slot receiver, which is exactly where Westbrook thrives. Last season Westbrook received nearly all of his targets while playing from the slot and we should expect more of the same this season. In his limited action in preseason week 3 Foles only had 6 completions, 4 of which were to Westbrook for 29 yards including a touchdown. The immediate connection between the two is a great sign of good things to come.

After being drafted early in the second round of the 2017 NFL Draft, Curtis Samuel had a somewhat disappointing rookie season that was riddled with injuries, leading to him being on the field for only nine games.

Last season was a much more successful year for Samuel based on nearly any stat that you look at. According to Warren Sharp, Samuel had a successful play rate of 49 percent, and when being targeted led to a 90.2 quarterback rating. This success came on the back of more than doubling his targets and a 60 percent catch rate. In addition to his success in the passing game, Samuel was also utilized more in the rushing game. Samuel was able to convert nearly 15 percent of his touches into touchdowns. This rate is likely to decrease, but with his utilization in the running game his floor is high for fantasy production.

Entering the 2019 season, Samuel is slated as the team’s second wide receiver and should expect an increase in targets with the departure of Devin Funchess, who left behind 79 targets. If Samuel sees even a quarter of these vacated targets and maintains his catch rate, he could be one of the best values in the draft. In Week 3 of the preseason, Samuel was on the field for 16 snaps, nearly all being with the first offensive unit. In that game, he was able to convert two-of-three targets for 16 yards, further illustrating that he will be a big part of the offensive plan.

Both of these wide receivers have the opportunity to outperform their respective WR3/WR4 ADP’s, and could be a low end WR2 or high end WR3. Being the de facto WR1 on the Jaguars, Dede Westbrook has a much higher floor than Samuel does, but his ceiling is very close to his current ADP. At this point in the draft, you should be looking for the upside that players like Samuel offer. His usage in both the pass and run game give him a ceiling that most WR2s do not have. Even though his ADP has him going at the back end of the eighth round, I am not letting Samuel pass me in the seventh round of any draft.