Who Has The Best Late Round Value? 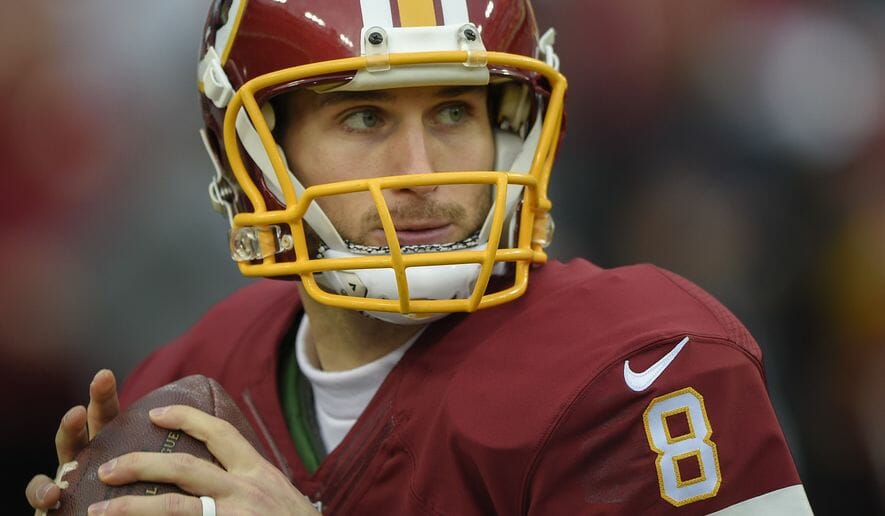 These are players have who an Average Draft Position (ADP) of 70, or later, according to NFL Fantasy. All of these players are low-risk selections for rounds seven and later.

Cousins is coming off of a season where he posted 4,917 total passing yards, 25 TD & 12 INT. Cousins also shows he can do work on the ground where he registered four rushing touchdowns along with 96 additional yards. One of the biggest scares for Kirk Cousins is the departures of DeSean Jackson & Pierre Garcon. Please don’t be scared off by these departures, since Washington has the offense to sustain fantasy excellence. Washington added Terrelle Pryor to team up with Jamison Crowder, Josh Doctson & Jordan Reed. Washington executes a high-volume passing attack with young athletic receivers and a dominant tight end. Cousins is a steal. You can get Cousins around the 8th or 9th round depending on the size of your league. If you are waiting on quarterbacks, take Cousins. It will pay off this season.

Maclin is now heading to the Baltimore Ravens after getting released by the Kansas City Chiefs. The Chiefs were an awful passing team to be on, and this, along with his hidden injury, cause his production to suffer. Andy Reid ran the west coast offense, which is a sideline to sideline game. Alex Smith supplanted the 22nd ranked passer in the NFL based on yards.

Maclin will now get the rock from Joe Flacco, who registered the 7th-best passing yards in the NFL last season despite the options he had. Joe Flacco is known for a supremely strong arm and can re-introduce the deep ball to Jeremy Maclin. As long as Maclin stays healthy, I don’t see how he won’t have 4th round value. As of now, you can get Maclin in the 8th round or later, which is well worth the pick. Maclin has the potential to help you ring in a championship. Do not pass on a gem in the rough.

Jackson has made his move away from the nation’s capital to Tampa Bay. I love this situation for DJax, since he gets to compliment Mike Evans now. The biggest reason I love this situation is because of Jameis Winston. I personally believe this is a breakout year for Winston, who has made tremendous strides in a short period of time. Mike Evans will have the lion’s share of the targets in Tampa Bay, but he will also get doubled often, which frees Jackson up. I don’t think there is a better deep ball receiver in the NFL than DJax. Washington’s offense was spread out, but Tampa will run the more traditional two receiver sets, therefore targets for DJax will be plentiful.

Fantasy Football Rankings
5 Fantasy Busts Who Will Bounce Back