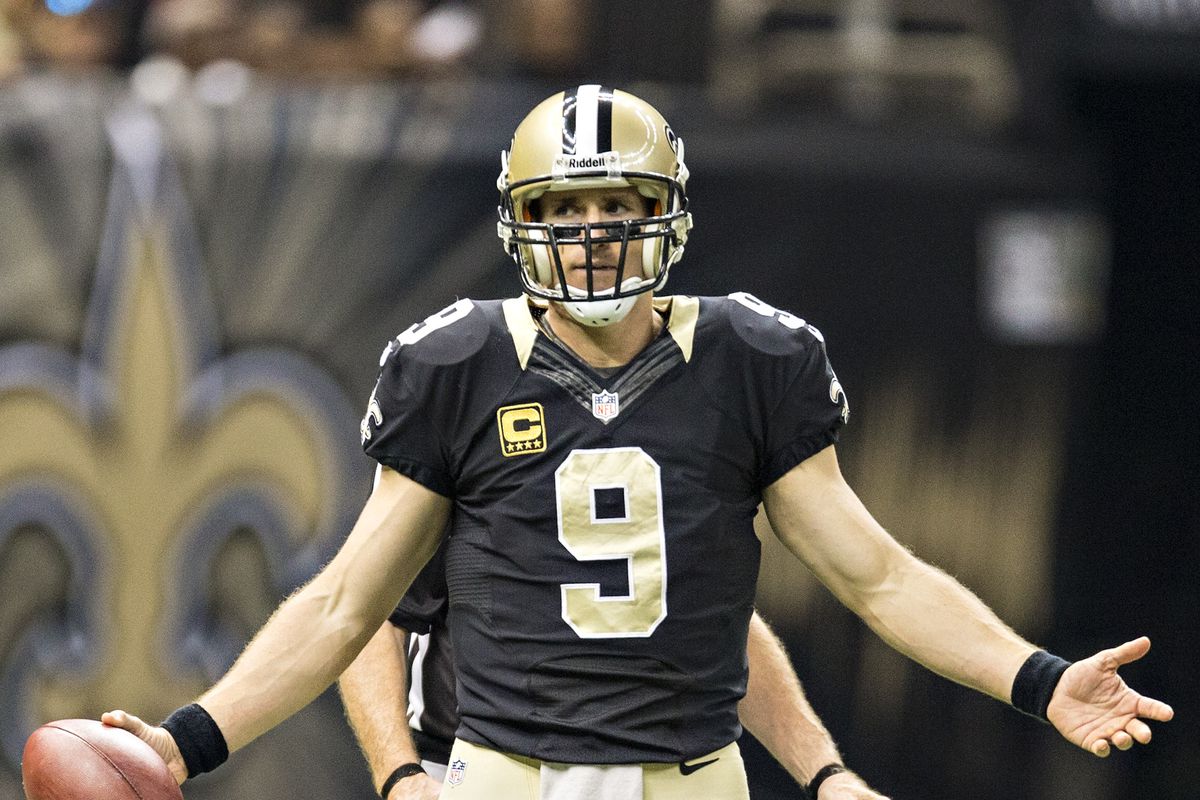 This Thanksgiving, DraftKings is featuring a three-game slate. Rather than writing about each contest individually, I thought it might be helpful to list the fantasy-relevant players at the quarterback, running back, and wide receiver positions and provide a few data points for each player and the defenses they will be facing. This information can also be used for the full Thursday thru Monday slate as well.

This season, Matt Ryan has regained some of the form that he exhibited in 2016. Ryan is averaging the third-most DK points per game, at 25.6, which happens to be the same as his counterpart in this game, Drew Brees. This season, Ryan has scored 22.0 or more DK points in seven out of ten games and has four games with at least 30.5. He also has thrown for three or more touchdowns in five of Atlanta’s games. This will be the second time these two teams have met this year, and consequently, Ryan’s best game of the year occurred against New Orleans in Week 3 when he put up 43.16 DK points.

Even with the horrible outing that Carson Wentz put up against this defense last Sunday, the Saints are still giving up the 4th-most DK points to opposing quarterbacks at 24.4 per game. Outside of Wentz, every QB that has played that Saints has scored at least 15.0 DK points.

Trubisky is currently dealing with an injury to his throwing shoulder and didn’t practice on Monday. Head Coach Matt Nagy stated that he is “cautiously optimistic” that Trubisky will be able to play on Thursday, but it certainly isn’t a lock. If he is unable to play, Chase Daniel would likely get the start.

Assuming that Trubisky plays, an injury to his throwing shoulder is obviously concerning and adds an element of risk. However, up to this point in the season he is averaging the 7th most DK points at 24.0 per game. While he has had some excellent fantasy outings and has scored more than 31.0 DK points in four out of ten games, his fantasy production on the road has been much worse than at home. In the Bears four road games, he is averaging 15.7 DK points compared to 29.5 in their six home games. That said, Trubisky put up his highest total of the season against the Lions in their first meeting as he scored 39.0 DK points in Week 10.

No matter who the Bears start at quarterback this week, they will be facing a Lions defense which has allowed the 10th most fantasy points to the position at 20.9 per game. In addition to the 39.0 point outing they gave up to Trubisky in the first meeting, they have also given up big games to Aaron Rodgers (33.7), Russell Wilson (23.4), and Cam Newton (28.5). Other than these four games, the other six quarterbacks they have faced have scored to 18.5 or less. Among others, this group includes Tom Brady (8.5) and Kirk Cousins (8.9).

Although Matt Stafford has thrown at least 2 touchdowns in seven out of ten games this season, he is currently averaging the 20th most DK points per game at 17.7. Furthermore, despite these respectable touchdown numbers, Stafford only has three games with 22.0 or more DK points and has yet to hit 30.0 or more. In the first meeting against the Bears, he scored 17.9 DK points and threw for two touchdowns. In this game, however, the Lions are likely to be missing both running back Kerryon Johnson and wide receiver Marvin Jones.

As if missing two key offensive weapons didn’t pose enough of a challenge, the Lions will be facing a Bears pass defense that is allowing 12th-fewest DraftKings points to quarterbacks. In their ten games this year, the Bears have allowed three opposing QBs to score 22.5 or more which includes Aaron Rodgers (25.1), Brock Osweiler (31.0), and Tom Brady (22.7).

Prescott is averaging the 22nd-most DK points among quarterbacks this season at 17.3 per game. Over the Cowboys first ten games, Prescott has hit the 20.0 point mark three times, but has been held to 15.0 or less in five games. Although he hasn’t thrown for more than two touchdowns in any game this season, he does add some value as a rusher and has four rushing touchdowns on the season and is averaging 26.1 rush yards per game. Just as with all the games on the Thanksgiving Slate, this is the Cowboys second meeting with Washington this season and Prescott put up 22.2 in their first contest in Week 7.

Drew Brees is the Thanksgiving Slate’s highest-priced quarterback, at $6700, which is $600 more than Matt Ryan. I’ve written a lot about Brees and the Saints lately, but they have just been obliterating the score board and putting up huge fantasy totals to go along with it. This season, Brees is averaging the 3rd most DK points per game at 25.6 per game.

This season, Brees has scored 28.9 or more DraftKings points in six out of ten games and has scored thrown for 3 or more touchdowns in each of those contests. Surprisingly, he also has a total of three rushing touchdowns on the year. In the Saints first meeting with the Falcons in Atlanta in Week 3, Brees put up 43.5 DK points as he threw 3 touchdown passes and rushed for two others which was his highest fantasy total this season.

This season, the Falcons have allowed the second most DraftKings point to opposing quarterbacks at 25.4 per game. Eight of the ten quarterbacks that have faced the Falcons have allowed 20.0 or more DK points. In addition to Drew Brees in Week 3, three QBs have scored 28.0 or more including Cam Newton (31.6), Andy Dalton (28.8), and Jameis Winston (35.7).

Thursday’s least expensive quarterback is Colt McCoy, who will be filling in for Alex Smith. Playing in the second half last week, McCoy completed almost two quarters of work and scored 9.7 DK points in the process. McCoy is in his 9th year in the league, but hasn’t started a game since 2014. During that season, he started three games and averaged 18.8 DK points in those contests. In each of those games, he scored 18.6, 30.9, and 7.0. He’s likely to be very low owned with both Matt Ryan and Drew Brees on this slate, but is best suited for play in GPP contests.

McCoy will be facing off against the Cowboys who are allowing 13th fewest fantasy points to the position at 18.6 per game. The Cowboys have allowed four opposing QBs to score at least 23.5 DK points this season, but none of their opponents has scored more than 30.0.