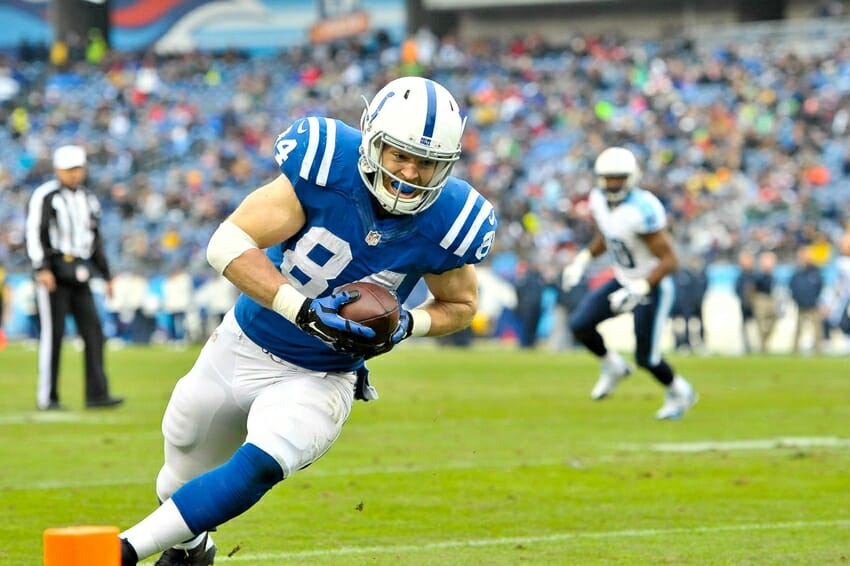 This week in DFS, there are not too many elite plays at the quarterback position. My favorite play that I believe has a nice floor and an incredibly high ceiling is Lions quarterback Matthew Stafford. He’ll be at home against the Falcons, who ranked as the third-worst team against the pass in 2016 and have not looked much better this year. Atlanta, already with numerous unanswered issues on the defensive side of the ball, will be held without All-Pro outside linebacker Vic Beasley in this one due to a hamstring injury from last week against the Packers. The loss of Beasley will severely hurt the Falcons pass rush and should give Stafford a lot more time in the pocket to complete his passes. This game is also being played in Detroit at Ford Field, where Stafford has already shown this season that he can go out and light up the scoreboard. In week one versus the Cardinals, he threw for just under 300 yards and found the end zone four times while leading his team to a convincing victory at home. This game has the second highest over/under on the slate and has some good shootout potential, so look for Stafford to have upwards of 40 pass attempts. I expect a big game for him against this deteriorated Falcons passing defense.

Welcome back to the DFS advice article, Ty Montgomery! For the second-straight week, this guy is my favorite play on the slate, and it’s simply because DraftKings and FanDuel refuse to raise his price! Again, he is in too good of a situation to not play this guy in all formats with this price tag. For whatever reason, teams through the first two weeks just love to run the football versus the Cincinnati Bengals, totaling a whopping 72 rushing attempts in these games. It is most likely due to game flow and the fact they have been down basically the entire game in both weeks, but that is something that will almost certainly be happening again in here when they head to Lambeau. Monty has averaged 19.5 touches per game so far this season, and I’d expect him to see the ball even more in this one since Randall Cobb will likely be ruled out and Jordy Nelson is listed as questionable. Even if Nelson plays, I wouldn’t expect him to be at full strength, meaning he might serve more as a decoy. This would open up space for Montgomery even more. In this one, expect the Packers to pound the rock and throw a few little screen passes to the shifty Ty Montgomery and let him see what he can do with it.

Yeah, you might be eating chalk with this pick ,but it is for a good reason. A.J. Green and the Bengals are headed to Green Bay as 9-point underdogs, and they’ll have their new offensive coordinator Bill Lazor calling the shots. With Tyler Eifert and John Ross already being declared out, we could be seeing close to 15 targets for Green in this one. Last year, the Packers ranked as one of the worst defenses against the pass, and after drafting rookie corner Kevin King, who has looked pretty good in his first two professional games, they still rank below average secondary. The Bengals are going to be using Green as their security blanket in this one and will be looking to feed him all game. With this matchup against a beatable secondary, his lower price tag, and the amount of targets that he should be seeing, this game could shape up to be one of Green’s best statistical games of the season.

If you need value, this is your guy. On DraftKings, this guy is an absolute steal, and he’s even a bargain on FanDuel with this price tag. Last week, Doyle went a perfect 8/8 on passes that he was targeted and showed off some of his chemistry that he has with quarterback Jacoby Brissett. Those eight catches went for an impressive 79 yards, and he has a pretty good chance to duplicate or top these numbers against a Browns team that has yielded 81 yards per game to the position. The Browns have been absolutely torched by tight ends thus far into the season, allowing 19 catches, 162 yards, and 2 touchdowns to tight ends in just two games. Brissett has shown that he is comfortable throwing the ball to Doyle, and in a matchup as juicy as this one, he has a pretty good chance to be among the league leaders in fantasy points for tight ends.

I was on the Eagles all week, but with the recent news that Sam Bradford will not be able to go in this one, I like my Tampa Bay Buccaneers to shut down Case Keenum and the Vikings. Case Keenum is hot garbage and he will have to string passes together against a team that held the Chicago Bears to seven points in their season opener last week. The Bears are obviously not incredibly strong offensively, but you can’t discount the Bucs in this one, as they did create four turnovers and they were even able to take one of those to the house. The Buccaneers defense carries a pretty high floor, because you know Case Keenum is not going to go out there and light up the score board. You’ll also be able to pick this defensive unit up for pretty cheap on both sites.