Cowboys Get No Love from NCAA Committee 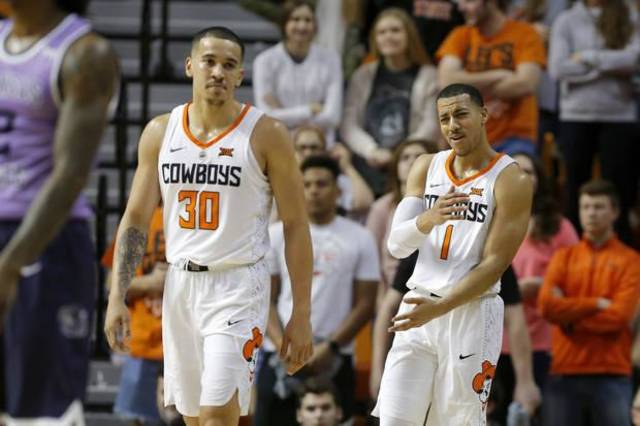 The annual announcement of the NCAA Tournament field immediately leads to the cries of foul play from fans who felt their team was seeded too low, got a bad draw or got snubbed from the field altogether.

As an Oklahoma State graduate and supporter, my fanbase certainly is in the middle of the talk after Sunday came and went without the Cowboys being part of the field.

Disappointed? You bet I am. The positive arguments are there – two wins against a No. 1 seed (Kansas), a road win at a No. 5 (West Virginia), a home win against a No. 3 (Texas Tech) and wins against multiple other tournament teams – Texas, Oklahoma, at Florida State.

But at the end of the day, this team lost 14 games, five of them at home. They lost twice to another bubble team that missed the field in Baylor. And the computers show their non-conference strength of schedule to be one of the worst in the country.

Some of that is OSU’s fault, scheduling the likes of Mississippi Valley State, Houston Baptist and Texas-Rio Grande Valley. But they also played tournament teams in Wichita State, Arkansas, Texas A&M and the aforementioned Florida State. They played Pittsburgh, a perennial tournament team that just happened to be horrible this year, and often solid squads like Charlotte and Pepperdine also had miserable seasons and brought the Cowboys’ RPI down into the 80s.

At the end of the day, the Cowboys are left feeling like Notre Dame, Louisville, Saint Mary’s and several other teams that had their bubble burst Sunday. They had their chances to take care of business and get in. Win one or two more in the conference, finish in the top half, and they’d unquestionably have gotten there.

Well, probably. You never know what the NCAA committee is thinking. Clearly they didn’t think enough of the Cowboys.

The good news is this will be a hungry team as it heads into its NIT opener Tuesday night against Florida Gulf Coast. Its young players get a few more practices together and it’s a chance to put that chip on their shoulder to good use.

First-year coach Mike Boynton wasn’t the flashy name many fans wanted when he was hired last spring, but he’s been winning people over one game at a time with his hard-working, no-excuses style.

And if the coach isn’t making excuses, I won’t either. It’s time to go back to work. A nice run in the NIT will only add to the positive momentum Cowboy basketball has generated the last few months.