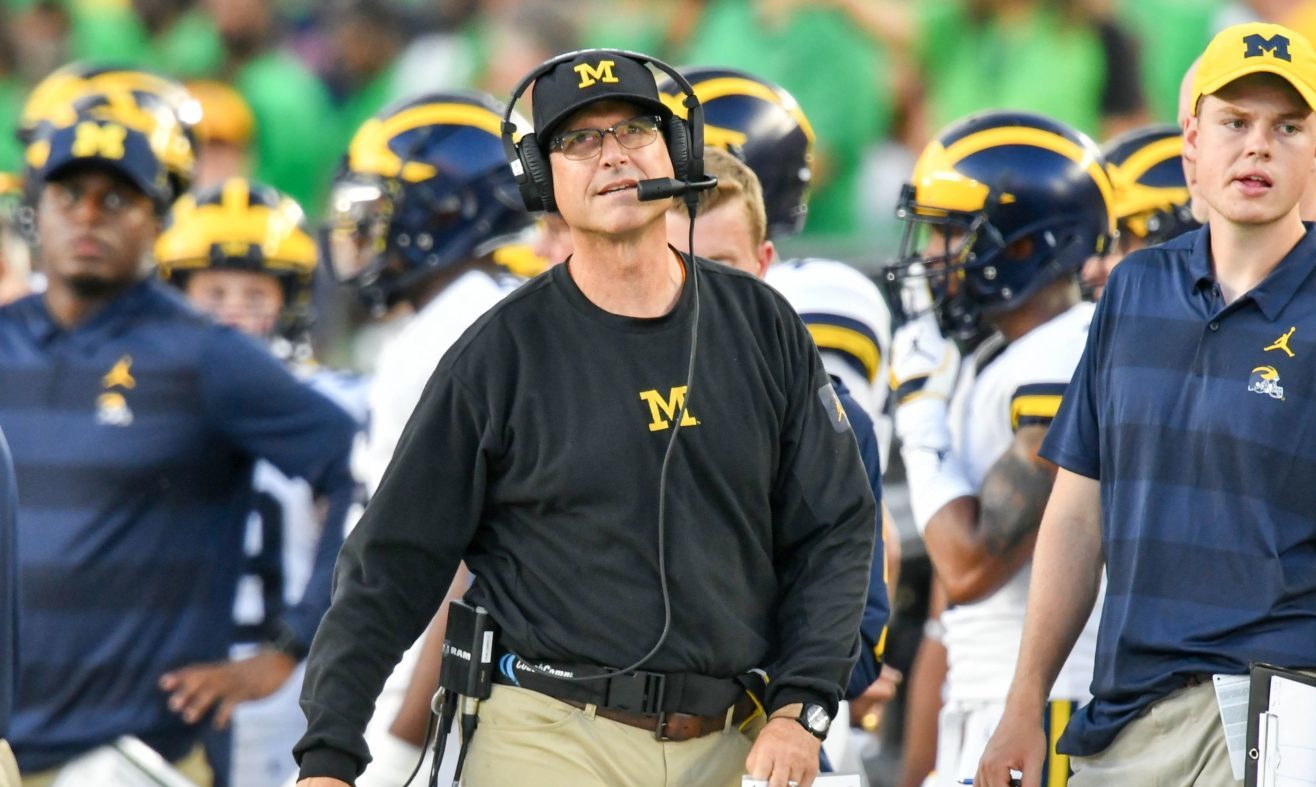 I have asked you guys to give me your hottest take after just one game for most teams, and you have not left me disappointed. Regardless if I agree with your takes or if I think you should just watch MLB and NBA the rest of the year, I’m excited to see how you guys overreacted in early September.

Bc is the best team In the acc https://t.co/teMl7uOxgA

Clearly sent by a Boston guy, and one of our own contributors. We already start with controversy. If he would’ve said second-best, that would be a hot take, but actually arguable and would make me seriously consider it. However, I’m sorry, but Boston College is not even in the same galaxy as Clemson and this take is simply ridiculous. I would also like to see if they can play well against the other powerhouse ACC teams, such as FSU and Virginia Tech, let alone Clemson. Speaking of which, the Eagles will have a three-week stretch in November where they visit Virginia Tech, host Clemson, and then visit the Seminoles in Tallahassee. However, their tailback AJ Dillon is the best player in the country that doesn’t get talked about and absolutely deserves to be in the conversation for best running back in the country, alongside Wisconsin’s Jonathan Taylor, Stanford’s Bryce Love and Alabama’s Damian Harris, just to name a few. Matt, I love your BeanTown pride, but come on man.

I’m looking for a reason to call this take ridiculous, but it’s true. Harbaugh has yet to have a road win against a ranked team while at Michigan. He was brought in to bring glory back to Ann Arbor. Here’s something to put into perspective exactly how different things are in Michigan:

Michigan and Jim Harbaugh are 9-9 in last 18 games.

One game improvement, woo hoo! Something else that is staggering is that both won their first bowl game as head coach for the Wolverines and then lost their next two. Currently in his fourth season as the head man in Ann Arbor, Harbaugh has yet to beat Ohio State or clinch a division title, on top of being 3-5 against ranked teams. So to say that he has underachieved during his time in Ann Arbor shouldn’t be debated against.

Trevor Lawrence threw 3 touchdowns on his debut. I predict he will be the starter halfway through the season. (And I’m not just saying that because of his one game FYI)

Trevor Lawrence is going to be an elite talent in college football, that is a given. But unless Kelly Bryant falls off big time or gets injured, I don’t see why Clemson would put Lawrence in already after Bryant having such a great season last year.

Lot of things keeping Miami from taking it to the next level.

NCAA and refs did not help but you have to come to play, build off momentum from last year, they did not do it and SHAME ON THE UNIVERSITY OF MIAMI HURRICANES

I’m sorry, but WHAT??? First of all, what momentum? In their last three games of 2017, Miami lost to Pittsburgh, got absolutely obliterated in the ACC Championship game against Clemson, and lost the Orange Bowl to Wisconsin in what was essentially a home game for the Hurricanes. And now getting embarrassed to LSU in AT&T Stadium (and not creating a single turnover) and Malik Rosier receiving a large amount of criticism at the quarterback position, Mark Richt and his men are in a really tough spot. They will look to rebound against Savannah State next Saturday.

Wisconsin is gonna go undefeated and still be the 4 seed

As a Wisconsin man myself, this is tough to think about. With Wisconsin having road games at Iowa, Michigan, Northwestern and Penn State, it’s going to be a real challenge to go undefeated with that road schedule, but I firmly believe the Badgers are a better team than all of those opponents. Plus, they have all the reasons to be regarded as one of college football’s great forces, finally gaining respect from the Associated Press. By assuming they’ll play Ohio St in the Big Ten Championship and beat the Buckeyes, there is zero way they wouldn’t get a fourth seed going into the College Football Playoff if they are indeed undefeated.

Dwayne Haskins is the most talented QB in the nation.

I actually agree with this. Yes, you have Will Grier, Justin Herbert and so forth, but as far as arm talent and pocket mobility, I don’t think anyone in the country has it better than Ohio State’s Dwayne Haskins. The man just went into his first college start and threw for five touchdowns and 313 yards against Oregon St. I absolutely love his game and I would not be surprised if he was invited to New York for the Heisman Trophy Ceremony.

Northwestern wins the big ten west. A line built on Red Robin ends up being a failure.

Absolutely not. I respect Pat Fitzgerald and what he has done in Evanston with the Wildcats, but Wisconsin is too talented for me to think Northwestern will win the Big Ten West. They also have a tough schedule, such as hosting Michigan, Notre Dame and Wisconsin, in addition to visiting Iowa and Michigan State. Something to mention is that Northwestern did go 10-3 last season and returned the vast majority of their starters, so I wouldn’t be surprised if they made it to a New Year’s 6 bowl game.

Duke will play in the ACC Championship game https://t.co/x2ubupwMNl

Let’s be honest, the ACC Coastal is in absolute shambles. Duke has managed to pull off some major upsets in the past and it seems as if their only competition in the division are Virginia Tech and Miami, and Miami doesn’t look promising especially after the abysmal performance against LSU. However, Duke has a tough road schedule, which include Northwestern, Miami, Clemson and I’m not going to count a visit to Baylor an automatic win, no matter how bad Baylor might be this season. I’m picking Virginia Tech to win this division, but Duke will definitely put up a challenge.

The Kansas Jayhawks will win a game https://t.co/bk6hp0w4dM

Probably my favorite hot take so far. The bottom-feeders of the Big 12 are simply less talented than all of their opponents on their 2018 schedule. I don’t know much about the Jayhawks, so I’ll just say they’ll beat Rutgers on September 15th and we’ll call it a day.

Hawaii will represent the Group of Five in the New Year’s Six https://t.co/PCI88AEYRA

Hawaii does have the most wins in college football so far with two, and the offense looks explosive, putting up 43 points at Colorado St and 59 against Navy. I like the boldness in this take, but my pick for the G5 representative in the NY6 is either UCF or Boise St.

Big Ten had a rough start to the season, Michigan St. and Penn St. struggling against lower level opponents, plus Ohio St. giving up 31 points to an Oregon St. team that had only one win last year wasn’t exactly promising either. However, nobody comes into Week 1 and plays an absolute perfect game, unless you’re Alabama and playing against an unranked team who lost arguably the best college football player of the last two years.