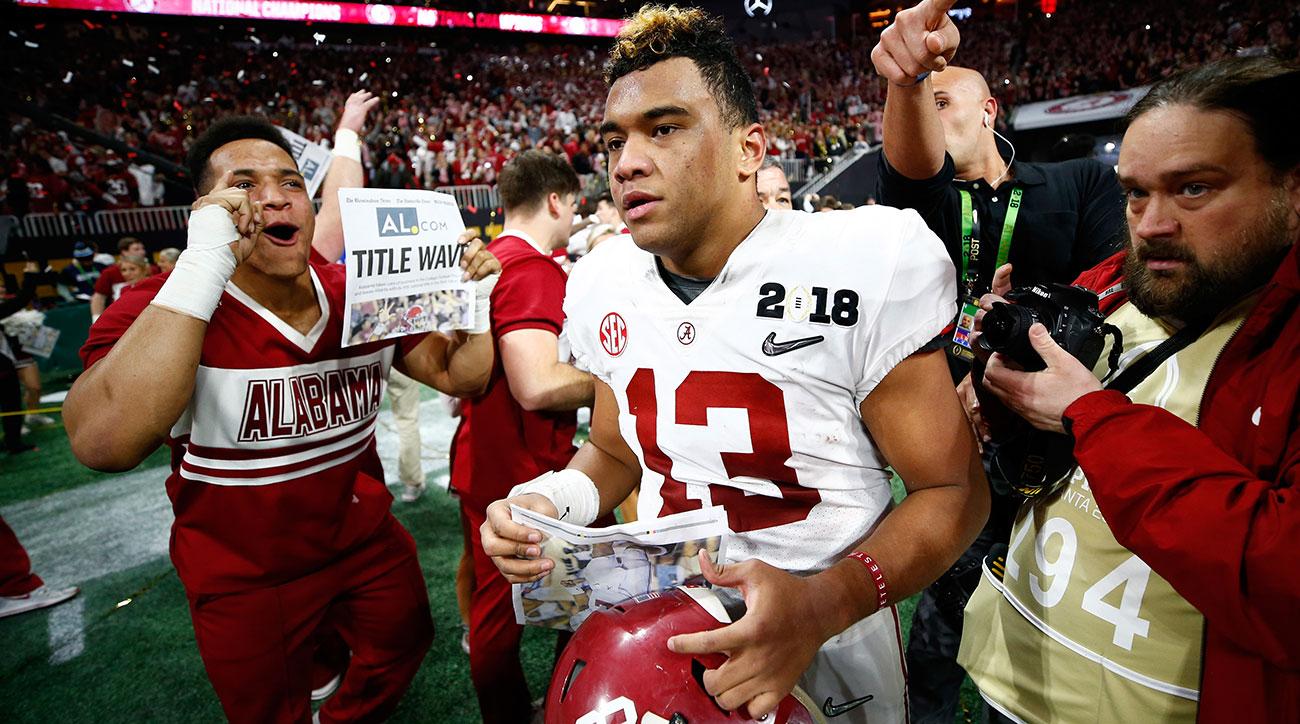 Led by QB Will Grier, the Mountaineers have been one of the more explosive teams in the country. With only two games under their belts, their week 3 was game cancelled due to Hurricane Florence’s intervention. Grier has lit up the skies for 761 yards and 9 TDs, including a 5 touchdown 429 yard effort against Tennessee in week one. West Virginia will be home to face Kansas St. this week.

With no Bryce Love, Stanford looked less than stellar against a lesser opponent in UC Davis. Hopefully Love’s injury concerns won’t keep him sidelined for long, because it seems the success of this team will be reliant on its talented tailback. Stanford will square off in a West Coast showdown against Pac-12 rival Oregon in what should be one of the more entertaining matchups of the weekend.

After a disappointing home loss saw their perfect season come to an end just three weeks in, Auburn will get a bit of a breather this week against lowly Arkansas. If Auburn has any hope of getting back into title contention, it will need to rely heavily on its transfer QB Jarrett Stidham. In order to get his team back on track, Stidham will need to be much more sharp the rest of the season. Lucky for him, he may have already played the best defense he will face this year.

If not for a week one scare from Appalachian State, Penn St. would certainly be higher on this list. Back to back weeks against inferior opponents gave the Nittany Lions the opportunity to show off their offensive fire power. On the road this week against Illinois, Penn St. will look to continue their offensive prowess before squaring off in a monster match up for their week 5 home game against the Buckeyes.

After two weeks, Murray and Co looked unstoppable. Against Iowa St. however, the Sooner defense looked a little exposed at times. The Cyclones, who managed just three points a week earlier against in-state rival Iowa, hung 27 on Oklahoma and were within a touchdown of the Sooners until a late fourth quarter field goal pushed the lead to 10. The Sooners look to recatpure their rhythm against the Army Golden Knights at home this week.

Clemson came into the year favorites to accompany Bama in the National Title game. However, after a week two scare in College Station against Texas A&M, Clemson looks uncharacteristically vulnerable. The QB duo of Bryant and Lawrence have been hit or miss and the defense was torched by the Aggies in the second half. Clemson goes on the road to face Georgia Tech this week in ACC action.

Owners of the most impressive resume in College Football, LSU has faced tougher challenges through Week 3 than any other team in the nation. After a week one, neutral site win against Miami, the Tigers traveled to Auburn this week and pulled off the upset on the road to improve to 3-0 this year, with two of those wins coming against two AP top-25 teams as of week 3. LSU will look forward to a friendly matchup against in-state little brother Louisiana Tech this week.

In the final game of Urban Meyer’s three game suspension, the Buckeyes faced the Horned Frogs of TCU at AT&T Stadium in Arlington. After falling behind TCU in the second half, Ohio St. ripped off 20 straight points so fast, you could have missed it on a bathroom break. This type of outburst is what makes Ohio State so dangerous. With Meyer back at the helm, the Buckeyes will get a bit of a break against Tulane this week, before heading to Beaver Stadium to face Penn State in week 5.

While Georgia may not have faced many power houses in this young season, they have been dominant in every outing this year. Rushing for over 250 yards per game and allowing only 8 points per game, Georgia has done exactly what you expect them to do against inferior opposition, dominate. Georgia goes on the road to face Missouri this week for their second road SEC game of the year.

Alabama looks scary this year. The QB switch from Hurts to Tua has pushed this team to a level unparalleled by anyone else in the nation. Like Thanos wielding the infinity gauntlet, their victory seems inevitable at this point. Alabama gets newly ranked Texas A&M this week at home.