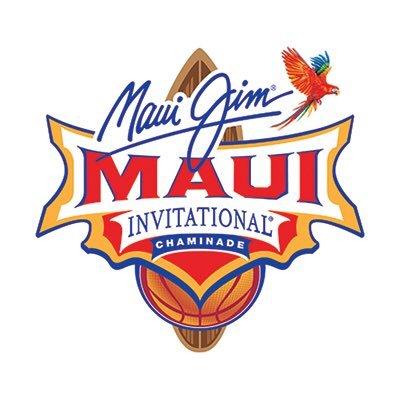 Feast Week has officially concluded and it gave us some incredible tournaments. In this article, we have our updated Top-25 and a recap for each of the major tournaments!

The Charleston Classic brought us a fantastic championship and tournament overall. Virginia Tech was able to take down Purdue for first place and Davidson took third with a win over Northeastern. Perhaps the biggest headline from this tournament was Northeastern’s upset win over Alabama. Bama went into this tournament thinking they could win the whole thing, but they had to settle for fifth. However, they were able to beat Wichita State, which could be meaningful come Selection Sunday.

UCF used their defense to take the first place trophy and bounce back from their rough opening week.  In the championship game, they faced off with Western Kentucky, who handed West Virginia their second upset loss in the semi-finals. West Virginia was able to scavenge something from Myrtle Beach, as they placed third with a win over St. Joes.

This four-team tournament was the most surprising to me this Feast Week. The Iowa Hawkeyes won the whole thing to jump into the Top-25, by upsetting Oregon and beating UConn, who upset Syracuse. Oregon was able to win the third place game, sending Syracuse out of the rankings with two losses.

Creighton ran through the Cayman Islands to change the outlook of their season, after being picked at the bottom of the Big East. The Bluejays beat Boise State, Georgia State, and upset Clemson in the championship. Clemson fell out of the Top-25 after taking second place, and Georgia State showed Georgia who runs the Peach State, as they beat them for third place.

This may have been one of the best Feast Week tournaments of all time. It all started with Auburn surviving Xavier in overtime, Duke putting on a show beating San Diego State, Arizona outlasting Iowa State, and Gonzaga countering a late scare from Illinois to move on. In the first semi-final, Duke kept Auburn at a safe distance in a win, as Auburn played a game of runs. In the second semi-final, Arizona led Gonzaga by 15 at one point, but Gonzaga flipped it to win by 17 (Auburn beat Arizona for third). In the Championship, we got the match-up that everyone wanted to see, as Duke squared off with Gonzaga. The Zags led by 15 late in the game, but Duke soared back to lose by just two. People believe that the selfishness of standout freshman RJ Barrett was the reason why Duke lost, and the reason why Gonzaga is the new team to beat in College Basketball.

In the first round of games in the Bahamas, Virginia and Wisconsin coasted to easy wins and Oklahoma and Dayton won important games in terms of March Madness. Oklahoma took down Florida and Dayton was able to beat Butler. In the semi-finals, Dayton and Oklahoma didn’t have the same luck, as they were both blown out, leaving a Virginia and Wisconsin championship (Oklahoma beat Dayton for third). In the title game, the defense was the highlight, as Virginia knocked off Wisconsin in a low scoring 53-46 win.

In the NIT Tip Off tourney, Kansas needed a comeback to beat Marquette, and Tennessee handled Louisville to set up another Top-5 matchup. Kansas and Tennessee went back and forth in a fantastic championship game that needed overtime to be decided, and in overtime, the Jayhawks were able to do enough to get the win. In the third place game with big implications, Marquette was able to sneak past Louisville.

In the opening games, Texas upset North Carolina, as Kerwin Roach played the game of his life for the Longhorns, scoring 32, and Michigan State absolutely dismantled UCLA in an easy win. North Carolina took third place, as they beat UCLA to knock them out of the Top-25.  In the finals, Texas led the majority of game, but in the second half, Michigan State marched back to win the Las Vegas Invitational.

The Advocare Invitational gave Villanova some reassurance on the season, as they won the entire thing, beating Florida State in the championship. Nova seemed like they finally started to bring everything together and they once again seem like the favorites in the Big East. The best game in the tournament was a ranked matchup between Florida State and LSU, as Florida State hit a last second shot in overtime for the win. After that tight loss for LSU, it got worse, as the Tigers fell to Oklahoma State in the third place game, likely pushing them outside of the Top-25.

The Wooden Legacy was a very solid tournament that gave us some info on teams we didn’t know much about. Miami proved to me that they can contend in the ACC and Seton Hall finally looked good on the season. The two met in the championship and Seton Hall was able to top Miami 83-81. In terms of other teams in the field, Northwestern and Utah were both upset, as NW fell to Fresno State and Utah fell to Hawaii. These two teams met in the fifth place game, where Northwestern got a meaningful win, leaving Utah who looks to be near the bottom of the PAC 12.