Believe in the Badgers 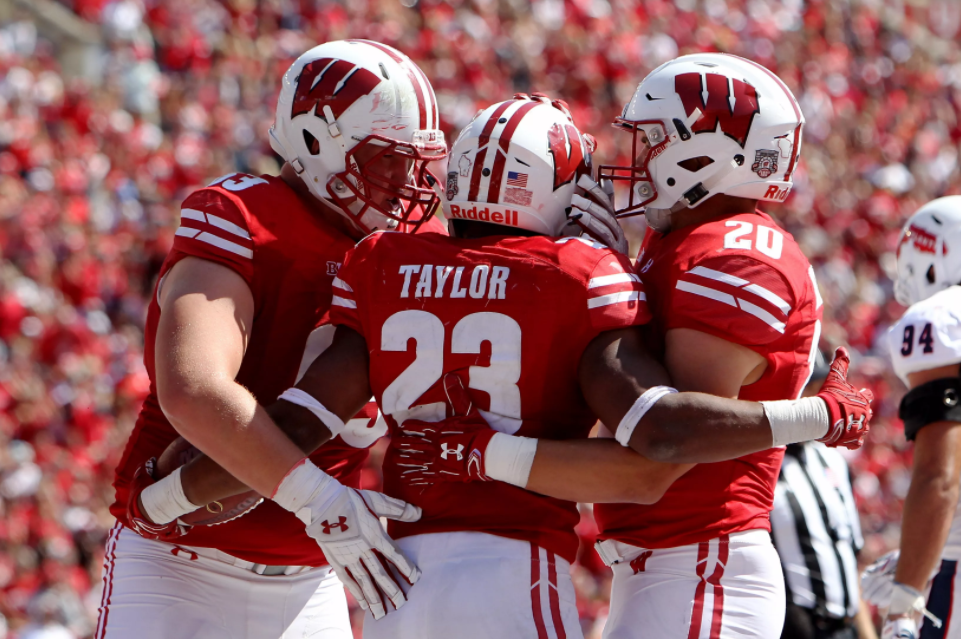 The Wisconsin Badgers are 12-0 and playing for the Big Ten Championship this Saturday.  This much we do know.  The Badgers, currently 3rd in the AP and Coaches’ Poll, have been doubted all year. This is partially due to their schedule, and partially due to not blowing out opponents in “easy” games.  Yes, the offense had struggled to find an identity earlier this season. However, that is gone, and it is time to put that to rest.  It is time to believe in the Wisconsin Badgers.

For the last three years, the Badgers have had one of the powerhouse defenses in the country.  This team fully embodies the motto “next man up.”  In 2015, it was names like Joe Schobert, Michael Caputo and Darius Hillary.  Then in 2016, T.J. Watt, Vince Biegel, Sojourn Shelton.  2017, it was supposed to be the year of Jack Cichy, Derrick Tindal, Leon Jacobs, among many others.  Jack Cichy, the team captain, tore his ACL early, opening the door for younger guys to step up.  Throughout the year, various injuries have occurred and limited key guys, yet this defense continues to strive.  Against Iowa, a team that the week before crushed Ohio State 55-24, was held to no offensive points, and held to 66 total yards.  Wisconsin also shutout rival Minnesota 31-0, only allowing 133 total yards.  All season long, they have only allowed just 12 ppg., which is second in all of college football, as well as only allowing 2,843 yards, which leads the nation.

The Badger offense has been the bugaboo of this team all season.  While the Badgers have found something special in Freshman RB Jonathan Taylor, who is on pace to rush for over 2,000 (currently has 1,806 with at least two games to play) and will likely break Adrian Peterson’s record of 1,925 yards as a freshman.  Taylor is third in all of college football in yards, which also includes very few 4th Quarter touches.  This is fine and great.  The hurdle has been Sophomore QB Alex Hornibrook. Up until the last regular season finale against Minnesota, Hornibrook had thrown at least one interception in every Big Ten contest.  Against Iowa, the only points scored came from a pair of pick sixes.  This is a concern going into both the Big Ten Championship Game and a potential playoff run.  That being said, in my opinion, Hornibrook is playing like an actual quarterback as of late.  All season long, he has earned a reputation of doing enough to not lose games, but not doing enough to win.  This has been proven wrong a couple times now, after making some key throws in the win against Michigan, and a three-touchdown performance in the Battle for the Axe against Minnesota.  The Badgers are really starting to roll offensively.

Any critic of the Badgers has had one common arguing point, that being its strength of schedule.  The Badgers played Utah State, Florida Atlantic, and a historically bad BYU in their non-conference schedule, after having played against SEC teams each of the last three years.  Another knock against the Badgers was the fact that they are in the weaker division of the Big Ten, and only had to play Michigan, Maryland, and Indiana for their crossover games, avoiding Saturday’s opponent Ohio State in regular season play.  What tends to be forgotten, is Northwestern finished the year ranked, and Iowa was a ranked opponent coming off a 55-24 win.  Also remember that these games are scheduled years in advance. BYU, having been pretty good in the past, was a good matchup, especially with that game being in Provo.

Wisconsin is a game away from 13-0 Big Ten Champions, and a surefire College Football Playoff team.  Beating Ohio State will be no easy feat, but with an amazing defense, an offense that seems to have found their rhythm, and a team hungry to prove they belong, it’s time to believe in the Badgers.