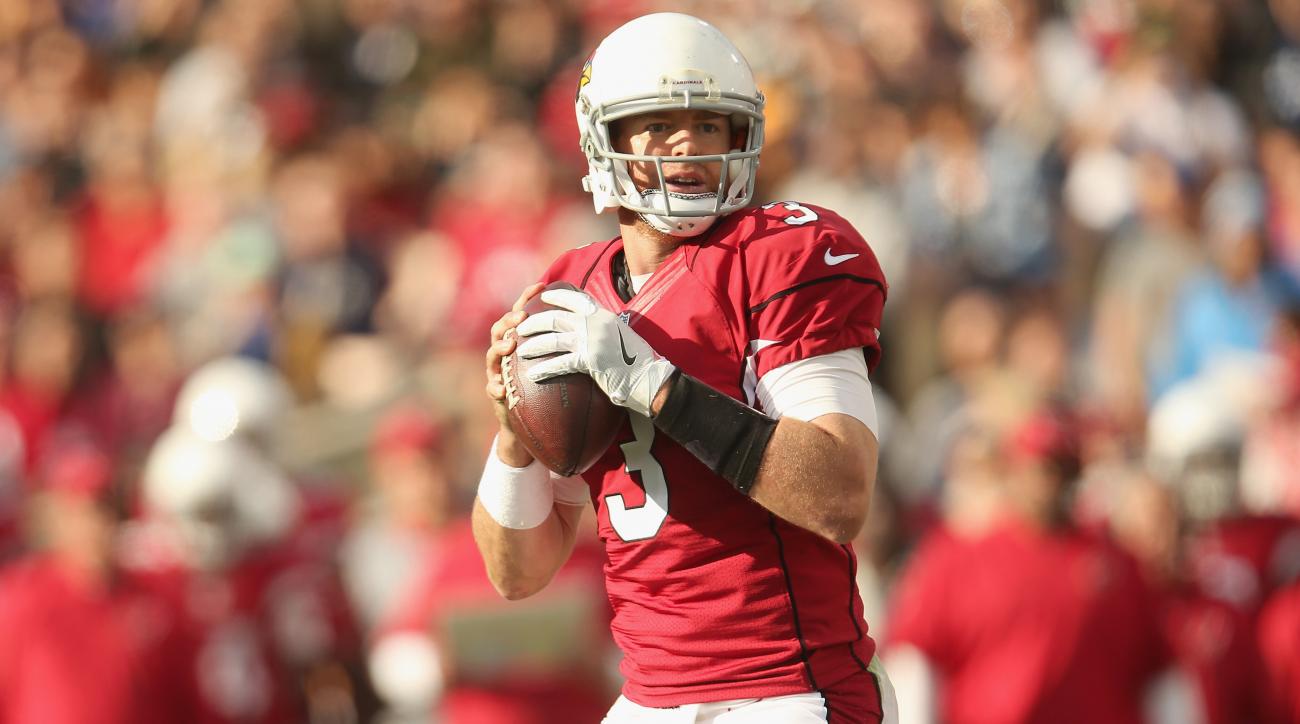 “Are you crazy? Did you eat paint chips as a kid? The season hasn’t even started yet!”

A little bit, none of your business, and exactly.

Sure, you just drafted what seems to be the fantasy equivalent of the 1992 Dream Team, but don’t be blinded by your confidence. You must always be alert of potential roster moves if you want to bring home the championship this year. While these roster moves I’m about to propose are not vital, you should still consider them.

For the players I think you should “add,” I will provide the ownership percentage across ESPN leagues. After this article is posted, I better see those percentages rise!

QB Carson Palmer, ARI (35.0%): Will we see the Palmer from last season or two seasons ago? I’m thinking somewhere in the middle, but closer to two seasons ago. The Cardinals offense is ready for a bounce-back season, and they get to start against a bad Detroit defense. If you have Luck as your starting QB, Palmer is a nice replacement until he returns.

QB Tyrod Taylor, BUF (34.3%): Yes, he had a concussion, which I’m sure kept his ownership down a bit, but he has now been cleared. Tyrod was the 10th-best scoring QB last season, and 14th-best the season before. Watkins was shipped away, but it’s not like he has been healthy and present the past two seasons for the Bills. Tyrod will continue to put up numbers with both his arm and his legs. He may also need to pass more often since that secondary will give up plenty of points. If you can fit a second QB, he’s an easy add.

RB Wendell Smallwood, PHI (8.4%): The Eagles offensive line is improved, and he will get carries. If he performs better than the fat LeGarrette Blount or the undersized Darren Sproles running the ball this week, Smallwood’s workload will continue to increase. If he can stay healthy, I expect this to happen.

RB Chris Ivory, JAC (0.5%): Come on people. Fournette got banged up before the season started and Yeldon is not good at football. When Fournette inevitably misses a game, Ivory will see a very large workload. This ownership is ridiculous.

RB Kyle Juszczyk, SF (0.3%): This is just a guy I want you to have on your radar in deep PPR leagues. He will have a role this season with the 49ers, and expect his ownership to rise a bit after week one.

WR Tyler Lockett, SEA (23.5%): When Lockett is healthy, he will have a significant role in this offense. If you want him on your team, I suggest you grab him quickly, or it may be too late.

WR Cooper Kupp, LAR (16.6%): PPR leagues, scoop up Kupp! Watkins will be matched up with a lot of tough CBs after week one, and Kupp will surely benefit.

WR Jermaine Kearse, NYJ (1.8%): He is the only wide receiver option for the Jets besides Robby Anderson. Don’t think too hard about this, grab Kearse.

WR Paul Richardson, SEA (1.6%): Is this the 1000th time I’ve talked up Richardson before the season has started? I won’t explain myself again, just check out this or this.

TE Coby Fleener, NO (24.7%): Fleener is not a good football player, but he has shown that he can thrive in this offense. Mix in the fact that Willie Snead is suspended for three games, and that means opportunity! Fleener will get targets, so we’ll see what he does with them.

TE Julius Thomas, MIA (18.2%): The Dolphins may not play this week, but Thomas has the chance to be relevant again this season. Cutler loves throwing to TEs near the goal line, and Gase clearly likes Thomas down there too. He was brought to Miami for a reason, and there will be plays called specifically to get him the ball.

RB Jonathan Williams, BUF: So much for a LeSean McCoy handcuff. Williams is now on the Bills practice squad, meaning he does not need to be on your fantasy team.

RB Jamaal Charles, DEN: Drop THE Jamaal Charles?! Yeah. He could be an alright option if you’re needy in really deep leagues, but he’s not someone you need. The Broncos were very clear about how they want to use Charles, if he’s healthy. He will get 8-10 touches per game. Sure, he will have a big couple weeks this season, but good luck guessing when those are. If you can get something of value for him, do that, but he doesn’t need to be on your bench.

WR Marqise Lee, JAC: What are you doing? Drop him. The Jags may actually pass less than 20 times per game, and he’s not going to see the ball enough to be relevant. What is the upside to Lee? Not much, so take someone who has a chance to start in the future.