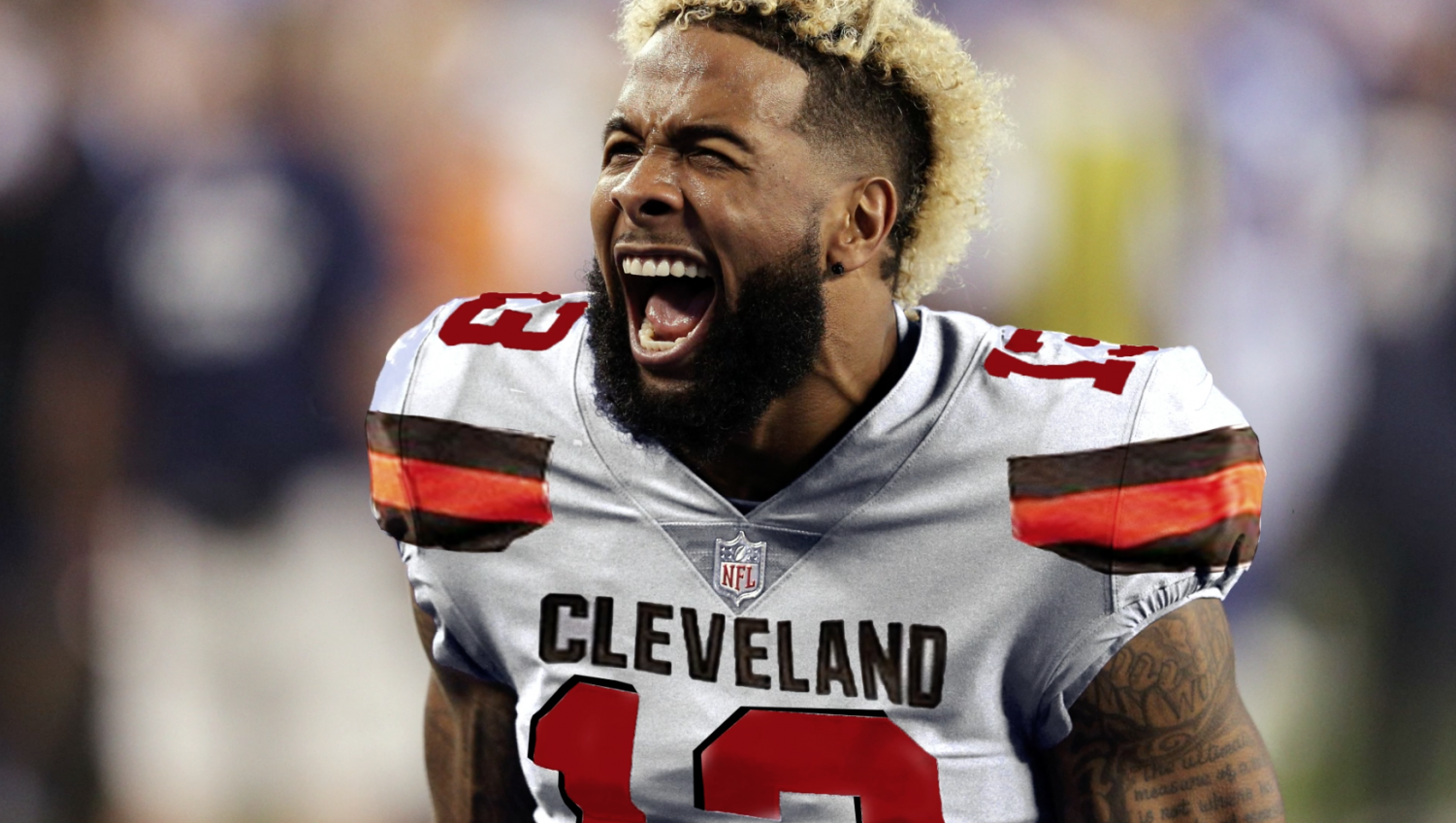 3 Most Overvalued WRs for Fantasy 2019

3 Most Overvalued WRs for Fantasy 2019

The worst feeling during the fantasy season is when you spent high draft capital on a player and they fail to produce, which then leads to you taking last place and regretting that pick for years to come. These are three wide receivers that are being overvalued and picked too high. I suggest you stay away from them for the 2019 fantasy football season, at their current ADP.

I am probably going to get hate for this, but I am going to stay true to the facts on this and avoid this fan-favorite receiver. Beckham “escaped” the fantasy jail that is Eli Manning this past offseason, as he was traded to the Browns and immediately was being hyped up as a top wide receiver for fantasy. This hype has shown, as OBJ is being drafted as the WR5, and since this is an average, I am sure he has been drafted top-three in many leagues and even as high as the WR1.

Last season, Odell finished as the WR15 in PPR despite only playing 12 games, but the WR15 finish may be deceiving, as his week-by-week consistency was not the best. In the 12 games OBJ played, he managed to finish as a top-12 WR, or WR1, only 41.67% of the time. By taking a quick look at Beckham’s new fit on the Browns, the common fantasy player would think that he is primed for a big year, as he is upgrading tremendously at quarterback. However, an in-depth look will make you think twice. The past two seasons, OBJ averaged a 26.75% target share while wearing the blue and white, but now as a Brown, it will be hard to demand that same target share that fuels his fantasy points year in and year out. Last season, the Browns target share was demanded mostly by two wide receivers, one tight end and one rookie running back. And now with the additions of Kareem Hunt and Odell, it seems almost too clustered for solid fantasy production. To put it in a numbers perspective, Jarvis Landry held a 26.4% target share, David Njoku took in 16.9%, Antonio Callaway held a 14.4% share and that isn’t even taking in Nick Chubb and Duke Johnson Jr.

I feel like every year Sammy Watkins is deemed as a comeback or breakout wide receiver, and somehow makes it into the top 30 at the position, in terms of ADP. Currently being drafted as WR29, people are deeming him as the Tyreek Hill replacement with hopes that Tyreek gets suspended. Well, it’s looking like Hill won’t be punished and Watkins has only played a full 16-game season once (rookie year). If you are drafting purely based on ADP and filling a position need, Watkins is being drafted ahead of guys like Dante Pettis, Robby Anderson, Christian Kirk and Allen Robinson. I know that I would much rather have any of those four players. Although there is clearly upside at this pick, I will be staying away from Watkins.

To me, it does not make any sense as to how Watkins is in line to take Hill’s workload, as they are two completely different builds and types of receivers. If anyone sees a spike in opportunity with Hill out, it would be Mecole Hardman. It is safe to say that Watkins will be drafted high, miss some games, and disappoint his fantasy owners for the 2019 season.

If you want to talk about a rollercoaster of a season, look no further. Adam Thielen started hotter than the sun, as he finished top-12 at the position seven times out of the first nine weeks, but then, as most Thielen owners know, cooled way off the last half of the season. The rest of the fantasy football universe must not be scared, as Thielen is being drafted as the WR10 in PPR drafts, but I am very confident that he will NOT finish at that spot.

Shown above is the target distribution of the Vikings skill players during the final three games of the season, where new offensive coordinator Kevin Stefanski called the plays. As you can see, Thielen only received 12 targets during those games and Diggs was the huge favorite in terms of targets received. Although I show you these numbers, don’t take this and target Diggs this early, take these numbers and use that as caution to maybe slide Thielen down on your board due to his lack of consistent points every week. BE CAUTIOUS!