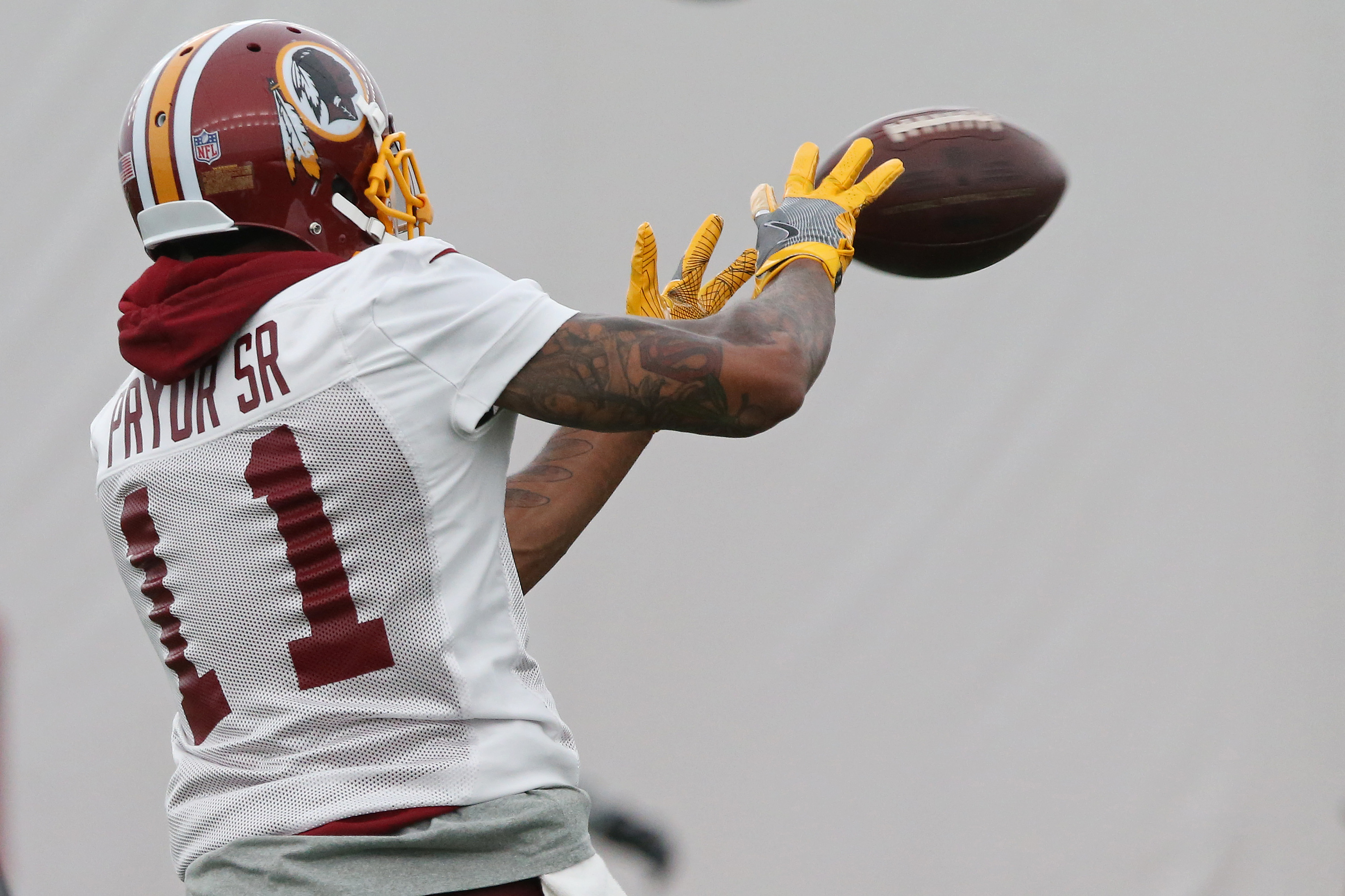 The once Ohio State stud quarterback is now a member of the Washington Redskins as their number one receiver. Pryor is one of the most intriguing fantasy options overall. He also has WR1 upside in this new offense. Standing at 6’4 and weighing 230lbs, Pryor has a tremendous build for a wideout with a solid quarterback throwing to him in Kirk Cousins. Washington had the second-best pass offense a year ago, which is a good sign for Pryor owners. There will be a lot of targets coming his way.

Being as tall as he is, Pryor figures to be one of Washington’s top-two red zone targets alongside Jordan Reed. Last season, Pryor caught 77 passes for just over 1,000 yards, snagging 8 touchdowns as well. But who was throwing to him? Cody Kessler, Josh McCown, Robert Griffin III, Kevin Hogan, and Charlie Whitehurst.  Yes, Charlie Whitehurst. Insert a much better quarterback like Cousins this year in a lethal passing offense, and Pryor could be on his way to a top-10 fantasy receiver season.

The 31-year-old is back with his old offensive coordinator, Kyle Shanahan, who is now the head coach in San Francisco. Garcon steps into the 49ers offense as the clear-cut number one receiver by a landslide. Jeremy Kerley and Marquise Goodwin are guys who will not threaten to take away targets from Garcon. Last year with Washington, Garcon was the leading receiver in yards with 1,041, also adding up 79 receptions and three touchdowns. This could be Garcon’s year to take a huge step forward in a Kyle Shanahan offense which he is very familiar with. In PPR leagues, Garcon could be a solid, reliable WR2 each week. He’ll get a large number of targets since he’s the only legitimate option at receiver in San Francisco! Don’t be afraid to reach for Garcon as early as the 4th round in your fantasy drafts, as the veteran is set up to have a big year.

Wondering who will be the next Le’Veon Bell?  Well, it looks like it could be Joe Mixon, the rookie running back from Oklahoma. Unfortunately, Mixon is known more for his off-the-field issues rather than his pure talent on the football field. Without a doubt he could’ve been a top-10 pick in this year’s NFL draft, but he fell to the second round to Cincinnati, who decided to give the talented running back a chance.

Mixon led Oklahoma in rushing last year with 1,274 yards with a whopping average of 6.8 yards per carry. More impressively, he put up those numbers sharing a backfield with current Washington running back Samaje Perine, who actually carried the ball nine more times than Mixon. Just by watching Mixon’s college tape, it’s easy to tell he has the ability to be a special player in this league. It’s clear that Jeremy Hill and Giovani Bernard have not been the long term solutions at running back. They are now in serious trouble to lose snaps with Mixon in the backfield. If he is impressive in his first few games, he’ll be the every down back the Bengals have been desperately searching for. Getting Mixon in the fourth or fifth round in your fantasy drafts could turn out to be a steal.