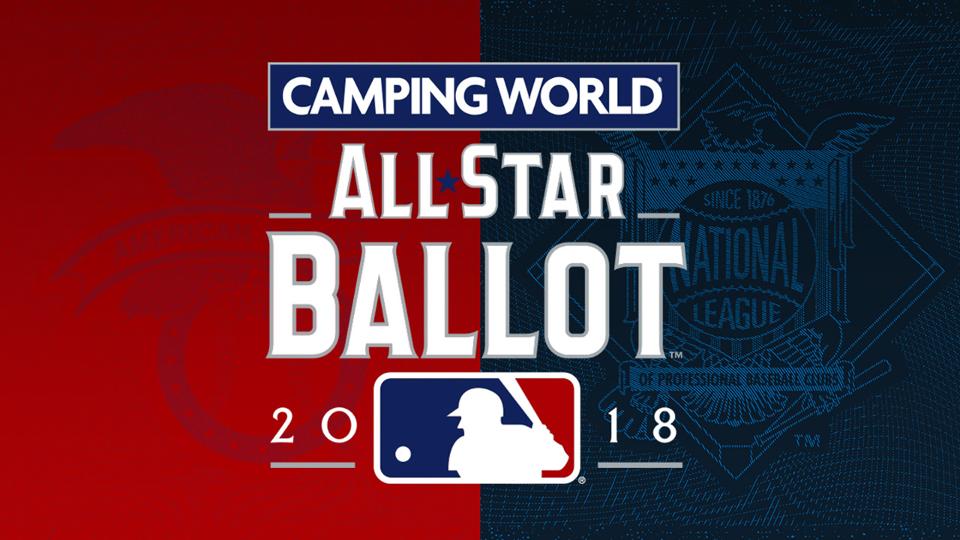 Fans Set to Vote Players to the All-Star Game

On Friday, Major League Baseball opened up fan voting for the 2018 MLB All-Star Game in Washington, D.C. This year’s Midsummer Classic, presented by MasterCard, will take place on July 17th at Nationals Park, the first All-Star Game to be played in our nation’s capitol since 1969.

As per usual, fans can cast their vote 35 times through the ballot. Fans can vote no more than five times in any 24-hour period. The American League squad will have 9 starters elected (8 position players, 1 designated hitter), and the National League will have eight. Player Ballots and the Commissioner’s Office will compile the pitchers and reserves for both squads. A.J. Hinch, skipper for the defending World Champion Astros, will take the reigns of the AL team. The NL team will be managed by Dave Roberts, whose Dodgers are the defending NL Champions.

After the official rosters are unveiled, fans will have a chance to vote for one final player on each roster. Five players from each league who just missed being voted in as starters will have one last chance for the fans to dub them All-Stars. The Final Vote is in its 17th year of existence. In that time, over 760 millions votes have been cast during the Final Vote period.

Opportunities for fan voting do not end there. During the game, the fans will have a chance to go online and vote for the Ted Williams Most Valuable Player Award. This award is given annually to the MVP of the All-Star Game. There have been five players to win the award more than once, each doing so twice (Willie Mays, Steve Garvey, Gary Carter, Cal Ripken Jr., and Mike Trout). Last year’s winner was Seattle Mariners second baseman Robinson Canó.

This year’s All-Star Game will be the 89th edition. The all-time series is currently tied at 43-43-2, with the American League winning the last five straight.