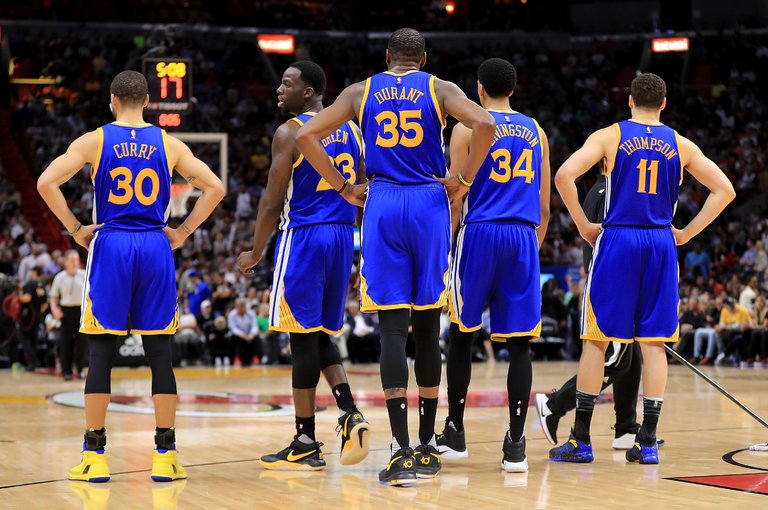 The Kings are in a position to be better than last year with the addition of Marvin Bagley III. With another year of experience under point guard De’Aaron Fox’s belt, the Kings still have a long way to go, but I think they are trending in the right direction.

I expect the Suns to have a good 2018-19 season. It is unfortunate that this team’s budding talent has to play in a Western Conference that is more stacked than perhaps in the history of the sport. Ayton, Booker, Ariza, and Mikal Bridges have a lot of potential, but remember that it is all relative in the Western Conference.

The Memphis Grizzlies are an interesting team. When healthy, Mike Conley and Marc Gasol could lead the Grizzlies to somewhere near 40 wins. However, the key to this poor prediction for the Grizzlies is that I don’t believe either will stay healthy all year. Conley only played in 12 games before a surgery to smooth out a bone in his left foot ended his 2017-18 campaign. Gasol has been more consistent, but he will be 34 this year and while I would never just write off a player getting hurt due to age, at 34 years old as a center in the NBA can be very taxing on the body. Gasol is good, but time will tell if he can endure the punishment that today’s young centers dish out.

The additions of Deandre Jordan via free agency and Luka Doncic via the NBA drft make the Mavericks an interesting team to watch this year. And that is all before you consider that there is a 99.9% chance this is Dirk Nowitzki’s last season. Add in an explosive Dennis Smith Jr., and this team looks like it could put together some competitive games against some of the weaker teams in the league.

The loss of Deandre Jordan marked the end of lob-city for the Clippers and, unfortunately, there is not much to replace it. Tobias Harris, Danilo Gallinari, and head coach Doc Rivers will help keep this team competitive, but don’t expect much out of the Clippers. This prediction may even be too high for them.

With a Jimmy Butler trade imminent and Karl-Anthony Towns reportedly butting heads with head coach Tom Thibodeau, the Timberwolves are set up to take a step back this season. If you have read previous articles of mine then you know I am not a fan of how Thibodeau plays his starters for 40+ minutes a game. The Timberwolves may draw a decent return for Butler, but I doubt it gives them what it takes to make the playoffs in the Western Conference.

Lonnie Walker IV will miss the first 6-8 weeks with a torn meniscus, but the Spurs playoff appearance streak will remain intact. Despite losing Kawhi Leonard, DeMar DeRozan could mitigate the loss. Marco Belinelli also reunites with Gregg Popovich in San Antonio to replace Danny Green. The Spurs still have an Aldridge-Gasol duo down low as well as Patty Mills and Derrick White at the point guard position. This team will be an early playoff exit, but they have the depth and the coach to make the playoffs this season.

Believe it or not, the Pelicans played better with Anthony Davis paired with Nikola Mirotic than they did with DeMarcus Cousins and Anthony Davis. The departure of Rajon Rondo hurt, but Elfred Payton will suffice as a replacement for him. The Pelicans also brought in Julius Randle who will provide some valuable production for this team as well.

The Nuggets will be a much better team than their record will indicate when all is said and done this season. Jokic, Murray, and Harris will all be making jumps this season and the Nuggets offense was no joke to begin with. Playing in the Western Conference against the like of the Warriors, Rockets, Thunder, Jazz, and the Lakers will hinder the overall record of a team whose ceiling could be 50 wins if they are able to rely more heavily on their defense this year.

It goes without saying that LeBron James will help the Lakers improve. The question is whether guys like Rajon Rondo, Lance Stephenson, and JaVale McGee will help or hinder this squad? Kyle Kuzma, Lonzo Ball, and Brandon Ingram will all have a very solid season, but one has to wonder how well LeBron will gel with this mix of young talent and veterans. Another interesting dynamic of this team will be how Lonzo Ball, Rajon Rondo, and LeBron James share ball handling duties as all three are more than capable of putting up big assist numbers.

The Oklahoma City Thunder underwent addition by subtraction this offseason when they traded Carmelo Anthony away. Not only that, but they were able to acquire Dennis Schroder in the process. Nerlens Noel is not what many thought he would be when he was drafted, but he will certainly add production when Steven Adams is resting. Hopefully Andre Roberson will be able to join the team in early December, who’s coming off of a tear to his left patellar tendon, to help make a playoff push.

I like everything about this team. Reigning Defensive Player of the Year Rudy Gobert will join (the real Rookie of the Year) Donovan Mitchell. Outside of Mitchell, this team doesn’t overwhelm you with offense, but their defense is going to be one of, if not, the best in the NBA this season. That defense will put that Jazz as the third seed in the Western Conference and primed to make a good splash in the playoffs.

The Houston Rockets lost two really solid players in Trevor Ariza and Luc Mbah a Moute and brought in Carmelo Anthony. In case you haven’t figured it out yet, I am not a huge Carmelo Anthony fan, but his chances of actually being effective are much better with the Rockets than with the Thunder. The Rockets regular season record will ultimately suffer due to the loss of the two players mentioned at the beginning of this preview, but they still have the same core pieces that almost beat the Warriors in the WCF last season and will be fine this season.