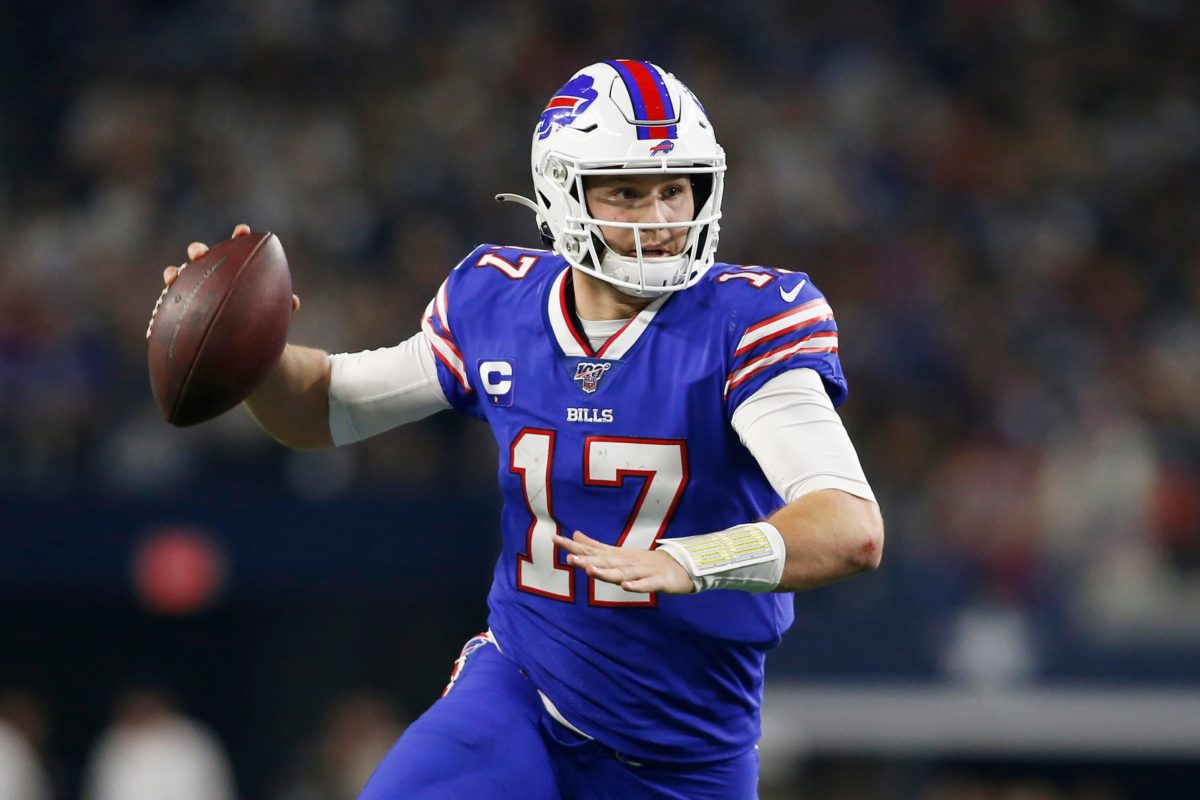 1. Ravens Get a Comeback Win

The Ravens had 55 yards in the first half. They were playing without their best defensive player, two starting offensive linemen and their starting running back. Yet, the Ravens came back. Lamar Jackson led the Ravens to 211 second-half yards. Baltimore struggled initially after Calais Campbell went down in the first quarter, but the Ravens defense didn’t break, as they allowed only one touchdown to the Colts. Jackson came back from a halftime deficit and led the Ravens to 17 second-half points. This was the Ravens first win when trailing at halftime since Week 10, 2016.

The Steelers advanced to 8-0 for the first time in their franchise history. Garrett Gilbert quarterbacked the Cowboys to a one-play winner takes all chuck up. Minkah Fitzpatrick knocked the ball down, and the Steelers took the win. Gilbert was the fourth starting quarterback for the Cowboys in 2020. Ben Roethlisberger threw three touchdowns in the Pittsburgh win, despite suffering what initially looked like a bad knee injury in the second quarter.

In his second start, Tua Tagovailoa led the Dolphins to a win on the road in Arizona. Tagovailoa threw two touchdowns, and he didn’t turn the ball over. Kyler Murray threw three touchdowns, but he fumbled once. The ball was recovered by Shaq Lawson who returned it for a touchdown. Murray had 106 rushing yards and was the leading runner in the game.

The Raiders and Chargers squared off in Los Angeles. Justin Herbert threw for over 300 yards and two touchdowns, while Derek Carr threw for two touchdowns and 165 yards. Down five, Herbert led the Chargers on an 81-yard drive. As the clock expired, Herbert threw a pass to Donald Parham, which was initially ruled a touchdown. After review, the call was changed to an incompletion because Parham didn’t secure the ball, and the Raiders advanced to 5-3.

Josh Allen had a phenomenal day in Buffalo. He threw for 415 yards and three touchdowns, while not turning the ball over. Allen is the fifth quarterback in the Super Bowl era to throw for 400+ yards, three touchdowns, no interceptions and have a quarterback rating of 130+. He is the first quarterback to do it multiple times in a single season. For the Seahawks, the absence of Chris Carson was too much to overcome. Wilson tossed two interceptions in the loss.

The Packers improved to 6-2 during Thursday Night Football. They easily took down a battered 49ers teams that started Nick Mullens due to injuries. Aaron Rodgers stole the show. He threw for 400+ yards and four touchdowns in another superb performance. The Packers held the 49ers to just 55 yards on the ground.

The game was closer than it should have been. The Panthers got Christian McCaffrey back and they hung around. Teddy Bridgewater had a good day for the Panthers, tossing two touchdowns to go with 310 yards. Patrick Mahomes was sensational. He threw for 372 yards, four touchdowns and he didn’t turn the ball over. Mahomes became the fastest quarterback to throw for 100 touchdowns, taking the title from Dan Marino.

Dalvin Cook is amazing. He ran for 206 yards and two touchdowns in the Vikings’ win over the Lions. He also had 46 receiving yards. Cook entered into elite company, becoming just the third player in NFL history with 225+ scrimmage yards and two or more touchdowns in consecutive games. He joined Deuce McAllister and Jim Brown to be the only players to ever accomplish that feat. Kirk Cousins had a nice day, throwing for three touchdowns. Matthew Stafford turned the ball over twice in the loss.

Jake Luton made the start for the Jaguars in their matchup against the Texans. Luton got the start because of a Gardner Minshew hand injury, and he played well enough. He threw for over 300 yards, a touchdown and an interception. He also rushed for a touchdown and posted a devastating spin move on a Houston defender. The difference in the game was an extra point. Josh Lambo missed in the second quarter. This forced the Jaguars to go for two late in the fourth. The attempt failed, and they lost (but got closer to landing a premier draft pick).

The Saints dominated the Buccaneers in prime time football. Drew Brees was incredibly efficient, throwing for 222 yards and four touchdowns. The Saints defense held the Buccaneers to a field goal. Tom Brady had one of the worst games of his career. He threw three interceptions and posted the third-lowest quarterback rating of his career. The Buccaneers ran the ball only four times, excluding a kneel-down to end the game. Antonio Brown made his Tampa Bay debut, and he recorded three catches for 31 yards.

Brian Gutekunst Wraps Up Terrible Season With No Trades

Why VCU Basketball Will Win the A10 Tournament