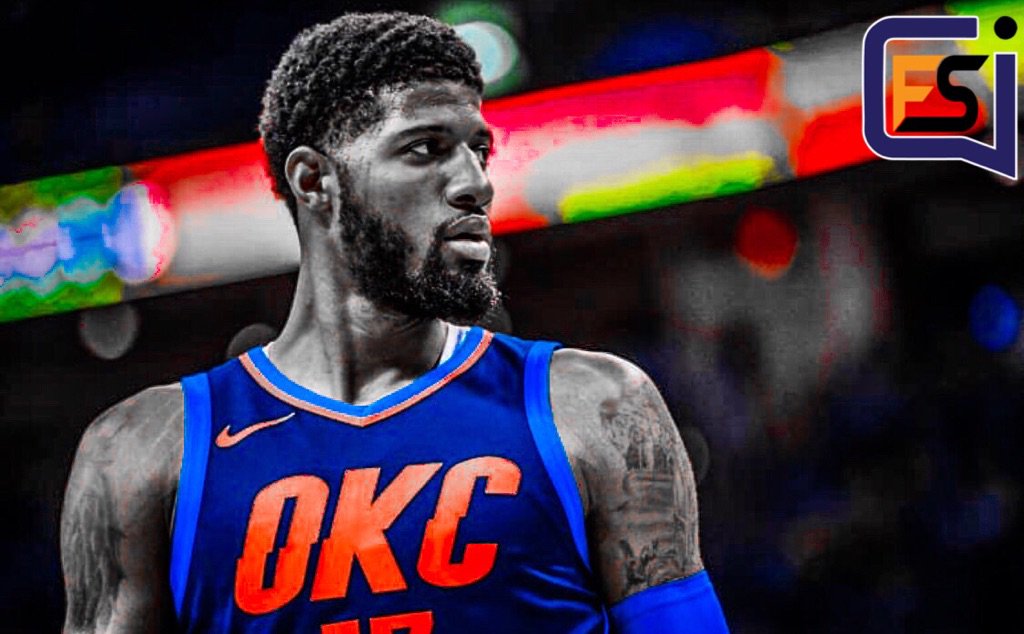 After interesting proposals from the Lakers to Paul George over the past week, he has decided to stay in Oklahoma City. He and the Thunder agree to a four-year, $137M contract, with a player option in the fourth year.

George made the announcement that he would be staying with the Thunder at a house party in Oklahoma City, hosted by his teammate Russell Westbrook.

Much like the social media post by Chris Paul when he agreed to terms with the Rockets, George states that he has unfinished business. The OK3 experiment this past season proved to be a failure, but maybe another weapon or two could put this team over the top.

The Lakers seemed to be the frontrunners in the Paul George sweepstakes this week. There were billboards up around LA, Magic Johnson sent him a poem, and they have been loudly expressing the fact that LeBron may be coming to create his super team. Clearly something didn’t check one of the boxes that PG13 was looking for.

“They honestly check the boxes where I needed those boxes to be checked from what a player wants and needs out of a front office, out of a medical group, out of teammates, out of coaching staff. I mean, honestly, they can’t say it anymore [than] that. They checked the boxes on what needs to be checked.” This is what George said about the Thunder organization after exit interviews, so it’s no wonder why he decided to stay in OKC for now.

The Thunder have also agreed to a deal with forward Jerami Grant worth $27M over three years.

Chris Paul, Rockets Agree to Four-Year, $160M Max Deal
NBA Free Agency Starts Off With a Bang: What We Know So Far