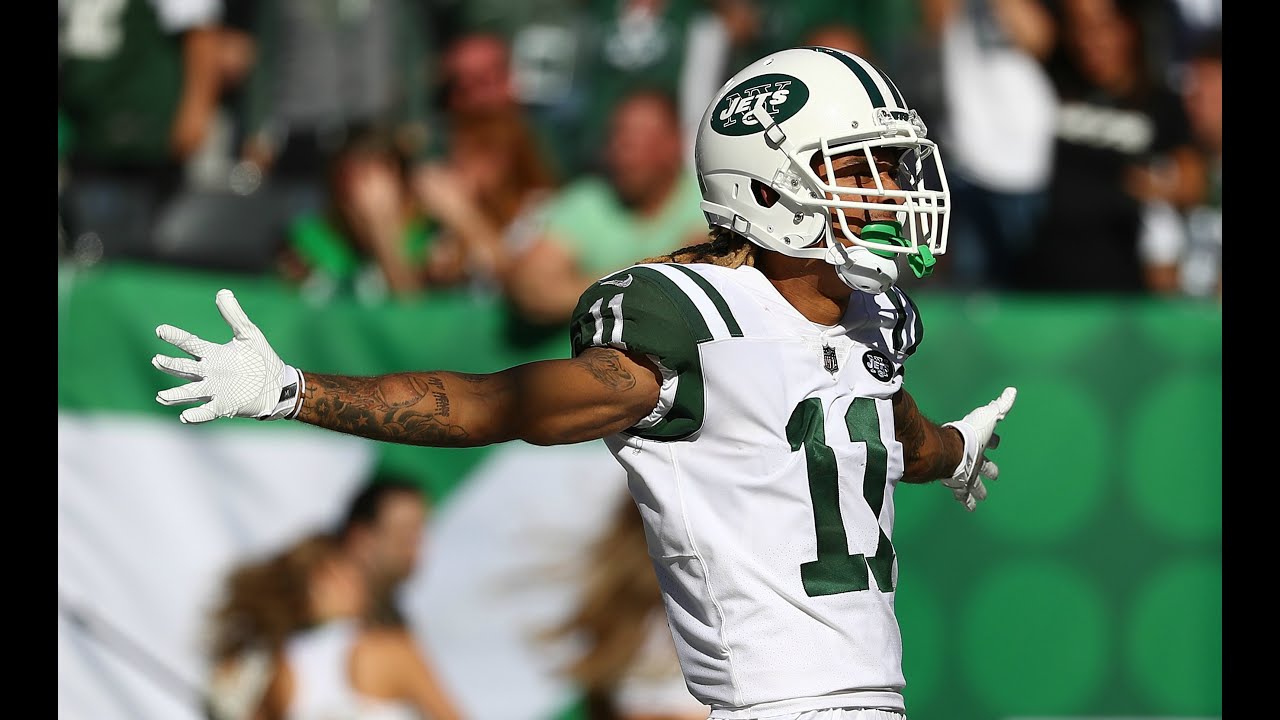 This season’s batch of wide receivers feels like the deepest it’s been in a long time. It’s the sort of year where you can comfortably wait until the fifth or sixth rounds before taking your second wide receiver without getting too worked up about it. Young guys like D.J Moore, Calvin Ridley and Mike Williams are going early on based off their limitless potential, bypassing a couple of the more boring names whose best seasons might not have come last year. Just because these players didn’t perform up to expectations last year, however, doesn’t mean that they strictly deserve to be drafted as low as they are.

What we’re dealing with is a pair of 26-year-old wide receivers, Jarvis Landry and Robby Anderson, both of whom play for impressive second-year quarterbacks on offenses that figure to improve in 2019. Both are going as low WR3s, within six picks of each other. But just because their draft billing, career arcs and team structures are somewhat similar, will their prospects remain the same in 2019?

Landry is an excellent player and a big name, but his first season with the Browns left fantasy owners wanting more. Coming off a 112-catch, nine-touchdown season with the Dolphins, Landry’s encore of 81 receptions and four scores left a gigantic, though foreseeable, gap in fantasy points. A league-leading 112 receptions was never going to happen on a brand new team and nine touchdowns more than doubled his career average.

Despite all of that, Landry finished the season as WR18, which might surprise those who owned him. That’s because that number falls to WR21 when removing his week 17 stats, and still further to WR24 when only accounting for games in which Baker Mayfield started. Worse yet, that number falls all the way to WR34 when only accounting for weeks 9-16, the fantasy-relevant weeks in which Freddie Kitchens was head coach. On top of this, there is now a $95 million elephant in the room named Odell Beckham Jr.

It’s Odell’s presence that sends Landry freefalling down draft boards, because Landry has always thrived in fantasy primarily as a target hog. Without being the top receiving option for his team, Landry will be far more useful for the Browns than for his fantasy owners. He’s an underneath threat who likely won’t catch more than five touchdowns. The Browns have a star running back, a talented tight end and perhaps the best receiver in football; Landry can only fly so high in this offense. WR28 might still sound appropriate for a guy who finished as WR18, but it’s still too low.

Anderson was supposed to break out last year. It didn’t happen. Anderson followed up his 941-yard, seven-touchdown season in 2017 with a disappointing 752/6. Granted, he only played in 14 games, missing the first two games of his career, but he’s still going as the 30th receiver off the board because of it.

What’s interesting is that Anderson’s per-game stats remained somewhat similar from 2017 to 2018, dropping by only five yards per game. For a player helping to acclimate Sam Darnold, who struggled with inaccuracy at points as a rookie, Anderson could’ve done a lot worse. There’s plenty of reason to hope for more this season too, especially when considering how Anderson’s connection with Darnold improved more and more as the year went on. Anderson caught a touchdown in weeks 14, 15 and 16, averaging 104 yards per game in that span. He’s always shown the potential to be a star receiver, and he heads into 2019 as the clear top receiver on his team. Sure, the team added Le’Veon Bell, but there’s no reason for that to impact Anderson, a big play threat whose fantasy success has never come from his reception total. All it should impact is the Jets’ overall efficiency on offense, with Anderson as one of the prime beneficiaries. If Darnold has improved as much as he’s shown this preseason, a healthy Anderson could conceivably push for 1,000 yards and double-digit touchdowns.

Some players are worth taking another shot on, even if they’ve disappointed in the past. Don’t let Robby Anderson fall to the seventh round. He has the talent, the opportunity, the quarterback and now he might just have the offense. If you really wait on receivers and Anderson becomes your WR2, I’m not saying it’s ideal, but it’s certainly something you can work with. There’s a lot more you can expect from Anderson than you can from Landry. The floor isn’t much lower. And the ceiling? That’s the sort of thing that wins you the league.