Qatar 2022 Opening Ceremony, How to watch live online, Who is performing performing 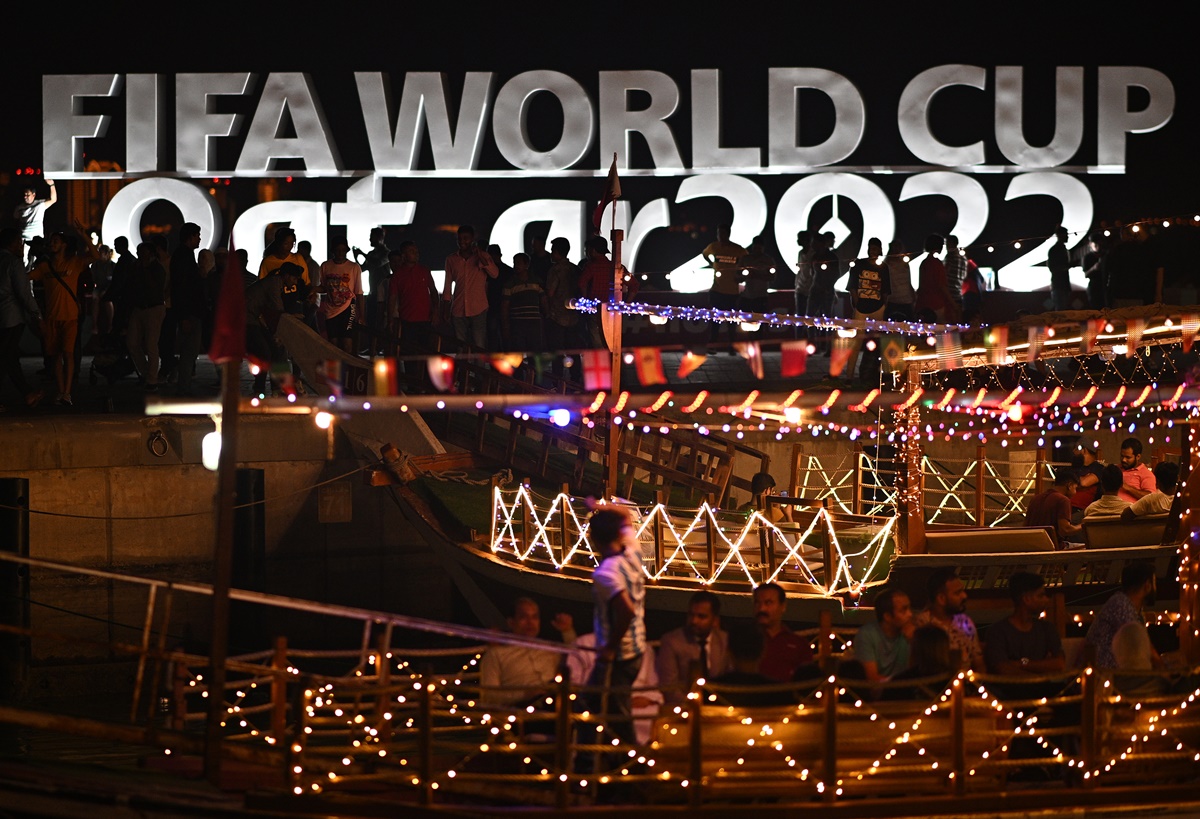 A FIFA World Cup tournament is the biggest sporting event in the history of football and the Qatar World Cup 2022, which is just a matter of hours away from kick-off with a grand opening ceremony, is the most awaited tournament. The showdown will take place from November 20 to December 18 and promises to give lifetime memories, controversies, great moments, heartbroken scenes, action, drama, and everything as 32 nations will fight for the prestigious trophy.

Talking about the Opening Ceremony of FIFA World Cup Qatar 2022, looking at the arrangements by the Qatari government, it is no surprise why the ceremony is already making headlines all over the world and. If you too want to know all the details regarding the grand opening ceremony and how to watch live online & who is performing, this article is for you as we’re going to add each element here.

The opening ceremony of FIFA World Cup Qatar 2022 is another unmissable event that has got fans from around the world. Every fan will be looking for ways to watch FIFA World Cup 2022 Opening Ceremony live on TV or online. Luckily most TV channels will bring the ceremony to the fans live but accessing the live feed online isn’t that easy.

BTW, you can watch the Opening Ceremony live on various online streaming platforms but if you’ve got nothing from your country or region, You can try Visiting OolaTV. OolaTV is a premium service that’ll allow users from all over the world to watch every World Cup moment live online.

When and where the opening Ceremony will take place

According to Qatar’s media conference, Khalid Al Mawlawi announced that the stadium’s gates would open at 3 pm, 2 hours before the start of the ceremony.

It’s worth mentioning that the opening ceremony was scheduled for Monday, before Qatar’s game. But It would’ve caused an awkward situation to arrange the opening ceremony on the 2nd day after two matches being held on the first day. Hence, FIFA and Qatar mutually agreed to bring forward Qatar’s game for one day, and Qatar vs Ecuador is the only fixture on an opening day. Talking about the opening fixture, there is news for Ecuador fans that their president Guillermo Lasso won’t be able to attend his country’s opening match due to domestic issues.

The location of the opening ceremony is the Al Bayt Stadium, 40 kilometers north of the capital city, Doha (the furthest venue from central Doha). It can fill in 60,000 fans.

Designed and named after the tents used by nomads in the Gulf, it is one of the biggest stadiums with a retractable roof and will host six Group stage games, 1 round of 16, 1 Quarterfinal, and one Semifinal fixture.

Which Artists will perform at the opening ceremony

FIFA hasn’t revealed the complete list of artists performing in the opening ceremony but doesn’t worry, as we have some updates for you regarding the performers. Below is the list of confirmed/expected artists to perform at the ceremony :

South Korean band BTS, known as the Bangtan Boys, is a seven-member band. Formed in 2013, the band is known for its energetic and creative performances with a fanbase called “Army” it is the first K-pop to win a Billboard Music Award and has also been nominated for several Grammy Awards.

Shakira performed the evergreen “Waka Waka (this time from Africa)” song for the 2010 World Cup. She is the favorite of many because of her catchy pop tunes, sultry voice, fantastic dancing ability, Colombian singer, songwriter, dancer, and philanthropist. Many want her to perform at the mega event’s opening ceremony, but it isn’t confirmed yet, in-fact according to some reports from Spanish media, she won’t be performing.

Another confirmed artist to perform at the opening ceremony is a famous Indian actress and dancer who will put the fire at the ceremony with her dance moves on a track from the official soundtrack of the FIFA World Cup 2022, titled ‘Light the World’.

Black Eyed Peas, Colombian Singer J Balvin, Nigerian musician Patrick Naemeka Okori, and American rapper Lil Baby, who produced the 2022 Qatar FIFA World Cup’s official anthem, are some other expected artists to perform at the ceremony, according to the Telegraph.

It is worth mentioning that singer Dua Lipa denied reports of her performing at the opening ceremony.

Another surprising news regarding the artists linked to perform at the biggest tournament’s opening ceremony, Singer Rod Stewart said to “The Times” that he refused an offer of “over $1 million” to perform in Qatar at the grand opening ceremony.

Last but not least, it is worth remembering that Russia FIFA World Cup 2022 was performed by Russian soprano Aida Garifullina and United Kingdom’s pop star Williams before the speeches of Russian President Vladimir Putin and FIFA President Gianni Infantino.

It is worth mentioning that the mega event was scheduled to start one day later, on November 21, but FIFA and Qatar Football shifted the tournament one day before the original date.

How and where to watch Qatar World Cup 2022 opening ceremony

The most awaited Grand Opening Ceremony will be broadcast on television and Online in most locations worldwide and will draw a vast worldwide audience.

Below is the list of a few countries with opening ceremony streaming platforms:

A: There is no confirmation about the host of the grand opening ceremony so far.

A: The opening Ceremony is expected to last for 2 hours.