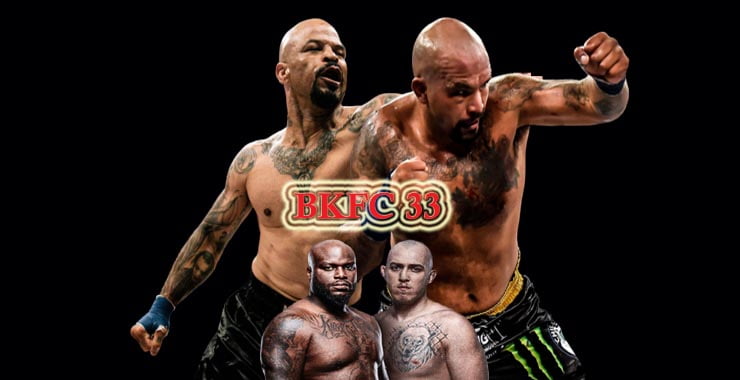 Since staging the event back in May, the bare Knuckle fighting championship will return for the first time in Omaha with a star-studded lineup for its fans on Friday, November 18 from inside Liberty First Credit Union Arena in Ralston, NE. In the main event of the evening, it’s an all-time classic between the combat veterans Joey Beltran and Houston Alexander. The duo met almost 12 years back and will now reignite that fire that was let loose since then.

Alexander and Beltran crossed each other paths in a rather disarrayed manner. Alexander was released from the UFC after a disappointing show against Kimbo Slice in Ultimate Fighter 10afterwardhile Beltran was starting to stamp his feet in the sports of Martial Arts. The two squared off on the Oklahoma regional scene for an MMA bout. Beltran grabbed that opportunity with both hands and got a second-round TKO victory over Alexander. The win also led to him getting invited to the world’s premier MMA organization immediately afterwards.

Their scheduled bout at BKFC 33 holds significant importance as Beltran has dropped down to cruiserweight to challenge Alexander to determine the possible next No.1 contender in the division. Alexander has 2 wins in the past 14 months and both of his wins have come by the way of knockout. So, it won’t be an easy ride by any means for Beltran who is determined to get another W over the Omaha veteran. In the co-main event of the evening, the lightweight Sean Wilson will battle it out with Kevin Croom. It’s all to fight for and if you are a BKFC fan, you should not be missing this one as the BKFC brings you the biggest action-packed fight card of the year.

How to Watch BKFC 33: Beltran vs Alexander Live online?

Liberty First Credit Union Arena in Ralston, NE will host the BKFC 33 Live Stream on Friday, November 18 as it promises to be an action thriller during all this time. The PPV will commence at 7 PM ET with the main event expected at 9 PM ET. Boxing fans can watch Beltran vs Alexander live stream on OolaTV ($12.99)

The BKFC 33 will be streamed live on the BKFC app in the U.S. While the fight fans around the world can watch all the matches live on FITE Costly.