Way Too Early Thoughts on the SEC Bowl Games 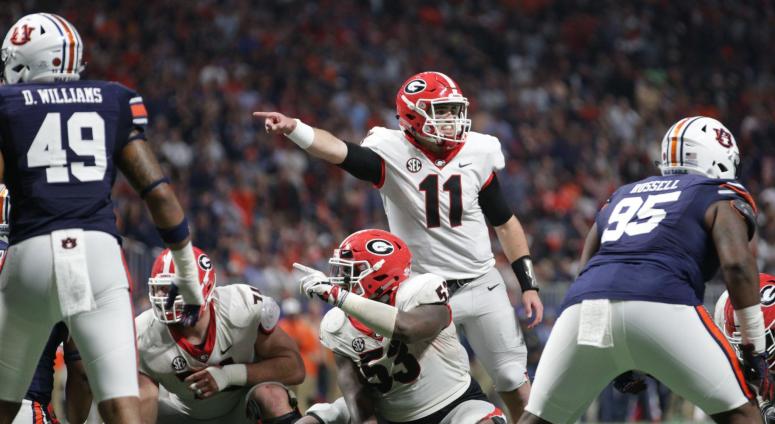 The greatest time of the year started in earnest, yesterday, as the college bowl season began began.  I’ll take a quick look and give some early thoughts on each game that the SEC has a representative.  I’ll dive into each game a bit deeper as the game date approaches.

Missouri gained a lot of momentum in the latter half of the season, after a brutal stretch early in the year.  Drew Lock played well during that span, as the offense took off.  Give credit for Barry Odom for keeping the boat afloat.  Missouri shouldn’t have an issue moving the ball, though the air, against a secondary that was shredded on the Big 12.  Texas will also be without three starters who won’t play in this game.  I’ll side with Mizzou right now.

Texas A&M, a team in complete transition right now, will meet a solid Wake Forest team in the Belk Bowl.  This is a great example, to me, of a team with zero motivation, referring to the Aggies.  Texas A&M will be coached by an interim coach, Jeff Banks.  The Deacs are playing close to home as well, so I expect Wake to win this game, and I don’t think it will be as close as some may think.

Kentucky meets one of the hottest teams in the country, Northwestern, in the Music City Bowl played in Nashville.  This game will feature two solid run games.  Which team will find more success through the air?  Give Pat Fitzgerald credit, as Northwestern struggled early.  Meanwhile, Mark Stoops has done an admirable job in his own right, outside of the Florida debacle.  I’m going to side with the Wildcats, of Northwestern that is.  I believe they are the better defense.  Kentucky may have issues running the ball consistently.

Speaking of another team in transition, Mississippi State will meet Louisville in the TaxSlayer Bowl.  I would have been all over the Bulldogs if Nick Fitzgerald were healthy, despite the coaching change.  But with Lamar Jackson easily the better quarterback, now, the Bulldogs could struggle in what will be Lamar’s swan song.  With the entire coaching staff, outside of the running backs coach, Cowbell is going to have major issues with this Cardinal team.  Look for Jackson to have a great game.

South Carolina will meet the boys of Harbaugh, in Tampa, when they meet in the Outback Bowl.  My main question in this game is, “Can the offense of South Carolina, who has struggled, score enough against a solid Michigan defense?”  Michigan should be a bit healthier at quarterback as well.  I give the Wolverine’s the edge with more than a month to prepare.

War Eagle will meet the feel good story of the year when Auburn meets UCF in the Peach bowl in Atlanta, a venue that Auburn is certainly comfortable in.  UCF simply hasn’t seen a defense of the caliber of Auburn.  Scott Frost and his staff will be coaching UCF in the game, but nonetheless, Auburn is simply the better team.  War Eagle has a chance to get to eleven wins on the year.  I expect the Tigers to have plenty of motivation.  Gus Malzahn will have his team ready to play.  With the nugget thrown out by a UCF player early this week about the SEC not having the speed that UCF has is just what the doctor ordered.

LSU will face Notre Dame in the Citrus Bowl.  This a a solid match-up.  However, Notre Dame hasn’t played particularly well in bowl games under Brian Kelly.  However, it seems to be as clear as mud whether Arden key will play.  Along with that, their appears to be issues between Ed Orgeron and offensive coordinator Matt Canada.  How much will those two factors play in this game?  Both teams want to play ball control.  This is going to be a tight game. I don’t have a lean either way at this point.

The Rose Bowl will feature the Georgia Bulldogs and the Sooners of Oklahoma.  I’ll delve into this game much deeper at a later time, but at this time as I look at breaking things down, the Sooners have played against some awful defenses, specifically bad secondaries.  Georgia limits big plays and that is a big key in this game.  Will Baker Mayfield be able to extend plays?  That is what we’ll debate moving forward.  I won’t take a side until I break this game down further.

Clemson and Dabo Swinney will look to take down Alabama, again, in the Sugar Bowl.  Alabama will be much healthier, as they will have had over a month off to heal up.  The big difference to me is the Clemson offense.  They aren’t as explosive as they were a year ago.  However, the Clemson defense is outstanding.  They have more than enough physical talent, in the front four, to give the Crimson Tide issues.  Giving Nick Saban a month to prepare is dangerous, but I counter that with Dabo Swinney has the same time to prepare.  Look for more details on this game as we get closer to game day.