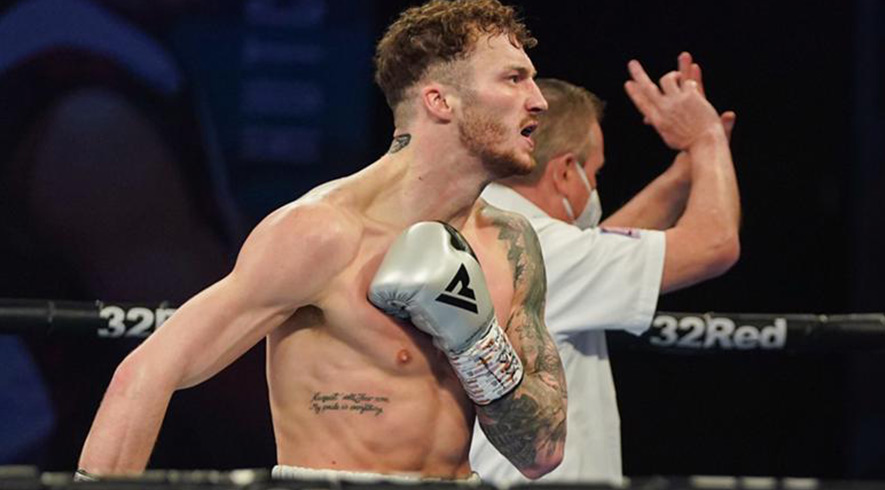 Zach Parker will square off against his compatriot John Ryder at the O2 Arena in London, England on Saturday, November 26. This All-British clash will determine the next interim Super Middleweight champion of the world. The win for either fighter will land him a significant fight next with the likes of Saul ‘Canelo’ Alvarez being the top target. Here is what you need to know about this important event headlined by Parker vs Ryder live from 02 Arena in London.

Viewing Information for Parker vs Ryder:

Live Stream Online for the event is available worldwide (including USA and Canada) on OolaTV with a Pay-Per-View plan of $7.99 and ESPN+ for the USA only.

Parker, a former British super middleweight champion, has been able to retain his perfect record till now as he has won all of his 22 bouts, 16 of which came by the way of knockout. He was due to face America’s Demetrius Andrade earlier in May but was left gasping as Andrade withdraw himself from the fight due to injury. Later, the American southpaw declined the fight following a purse bid in September. This hasn’t gone well with Parker who is unable to compete for almost a year now. His last fight came against Marcus Morrison last November, where the Derbyshire native made easy work of Morrison.

Parker has been on an absolute rampage as he knocked all of his five opponents since winning the British title over Darryll Williams via a split decision in November 2018. He will look to go one step further when he faces tough competition from Islington’s John Ryder. Unlike Parker, Ryder hasn’t enjoyed the same KO feast but surely has a bundle of experience under his belt, having fought the likes of Callum Smith, Daniel “Miracle Man” Jacobs, and Billy Joe Saunders.

How to watch Parker vs Ryder live stream in the UK and US?

Boxing fans all over Britain will be able to watch Parker vs Ryder on BT Sports. The broadcasting channel will telecast the PPV on BT Sport 1 on TV. The BT subscribers can also watch the event via the BT Sport app. Its subscription is available for £25 per month.

While the boxing fanatics in the US will have to tune into ESPN+ for this one.

The link to the site is given below:

Zach Parker vs John Ryder will go down this Saturday, November 26 inside the O2 Arena in London. The event will start at 2 pm ET and the event is expected to make an appearance at 9 PM ET.

The fight fans are geared up for this spicy 170 showdown between the two top British prospects “Zach Parker” and “John Ryder”. Are you?